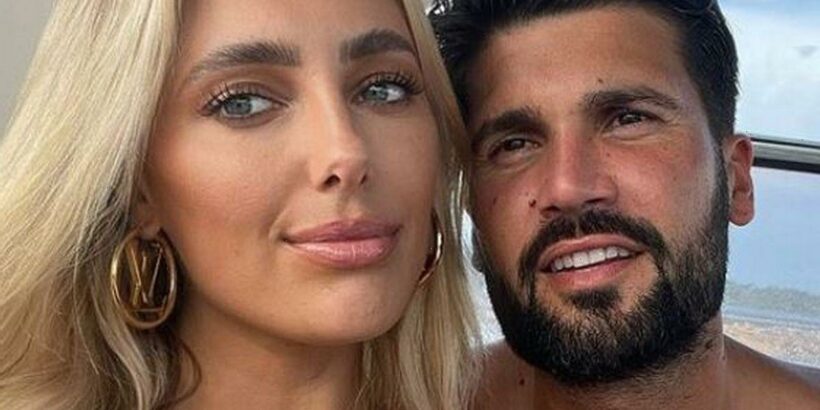 It’s been less than 24 hours since she moved into her new home, but that hasn’t stopped Amber Turner from already trying to have a clear-out.

Sharing a short clip of their old home, Amber was seen looking fresh-faced with her trademark long blonde hair tied back in a low bun.

In a touching caption, the influencer reflected on her time in the home where the couple first brought their pet doodle, Oliver, home.

However, she remained positive about the future and wrote: “And just like that we are moving!! Happy & sad all in one…Breakups, makeups, arguments & some of the happiest memories ever! Where we brought our little baby Oliver home too! Will be sad to leave but excited for our next chapter…”

Adding a heart emoji, she tagged her other half and beloved pooch.

Amber also shared a first glimpse of her new home, showing off their glittering sofa and marble table which had a stunning arrangement of cream-coloured roses.

Also on view was the couple’s impromptu takeaway, clearly needed after a hard day of moving.

Delighted with her new home, Amber wrote: “…& we are in! LOADS of boxes to unpack but first pizza…”

However, it wasn’t long before Amber began unpacking. The 29 year old even took to Instagram to reveal her frustrations with her wardrobe, in a short clip where she vented to her fans.

“So guys I have come to the conclusion that I am a hoarder….I have these things…I don’t know…I just hate throwing stuff away…I really hate throwing things away…” she told fans.

Stood in her luxurious walk-in wardrobe, she looked tearful for a moment before continuing: “Actually, I think I need serious help…Like I’m going through all these boxes and I don’t want to throw them away…”

Amber went on to reveal that she struggled to give up clothes because of the memories she attached to each item, including TOWIE scenes she has recorded, date nights with Dan and events she’s attended.

The move made the star realise how much she’d held on to over the years, admitting to fans “I don’t want to wear it again but I don’t want to get rid of it…”.

She then jokingly asked fans: “Does anyone else have this problem?”

However, the reality star has recently been adding to her wardrobe with a stunning diamante top which she was seen wearing in Paris.

Fans had hoped that Amber would sell the item on her pre-loved wardrobe Instagram page, but she told fans that she couldn’t part with hers.

It’s unsurprising as she looked beautiful in the item posing beside the illuminated Eiffel Tower, last month.