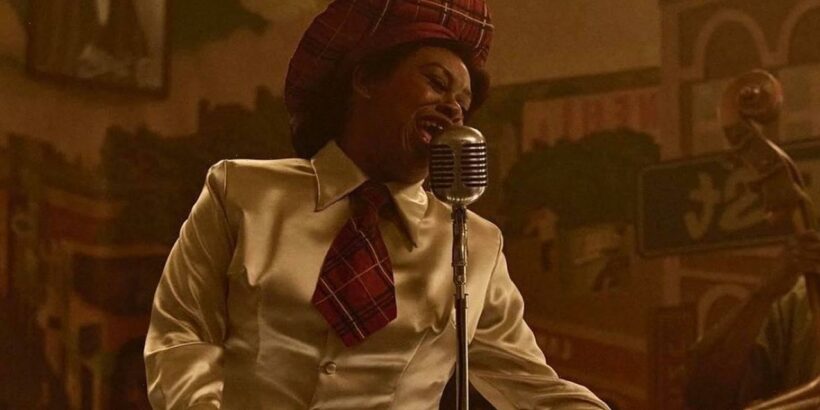 The actress, who played Big Mama Thornton in the Austin Butler-starring film, was found dead by one of her two children in her bedroom on Thursday, July 21.

AceShowbiz -Rising star Shonka Dukureh has sadly left this world. The actress, who played Big Mama Thornton in the new “Elvis” movie, reportedly died at the age of 44 on Thursday, July 21 in Tennessee.

Confirming the news was the Metro Nashville Police Department. “BREAKING: No foul play is evident in today’s death of actress Shonka Dukureh, 44, who portrayed Big Mama Thornton in this year’s Elvis movie,” so read its tweet. “Dukureh, a Fisk Univ graduate, was found dead in the bedroom of her Kothe Way apt that she shared with her 2 young children.”

Meanwhile, The Tennessean reported that one of Dukureh’s children found her unresponsive. The child later went to a neighbor’s apartment for help. The said neighbor then called 911 at 9:27 A.M. Dukureh’s cause of death has yet to be determined.

Fans have since offered their condolences on Twitter. “Rest In Peace dear lady. You shone bright even in one moment,” one user wrote. “44 is sooooo young! And she has two children. Rest in power, Shonka Dukureh,” another penned.

“I am heartbroken by the news of @iamshonka passing, ” Councilwoman Zulfat Suara tweeted. “From God we come & to Him is our return I spoke to her 2 days ago. I never met her but she was kind & easy to talk to. She was generous with her time and talent. May the Lord be with her family and comfort them like no one can.”

Dukureh was best known for starring as Big Mama Thornton in “Elvis,” which narrates the life of the late Elvis Presley. The movie, which premiered on June 24, was her first and only movie credit, according to IMDB.

Earlier this month, Dukureh shared an Instagram post in which she reflected on her role in the movie as well as getting the opportunity to sing Elvis’ hit song “Hound Dog”. She wrote, “Thank you to Christopher B Franklin for thinking enough of me to offer this platform.”

“Gratefulness is where I live cuz my granny, gmama, momma, family modeled and instilled it in me. It isn’t a posture of less than or crumbs scraping, but one that acknowledges good things aren’t a guarantee and when we encounter them thankfulness, gratefulness is the least we can express,” she added. “P.S. to my beautifully melanated sistah in song, Yola, do know I mentioned your name as well.”