Forgetting his worries? Tristan Thompson kicked back poolside with several women following his split from Khloé Kardashian after another cheating scandal.

The Cleveland Cavaliers player, 27, looked chill in a white T-shirt and navy shorts on Thursday, March 7, as he sipped drinks and laid on a lounge chair in Miami. Women chatted him up throughout the relaxation session.

The outing comes after Thompson was spotted hanging out with Karizma Ramirez in New York City on multiple occasions. The pair first dined out at Carbone on February 27 and later met up again at Nobu on Tuesday, March 5.

However, the athlete is not dating the 28-year-old model, according to TMZ. The duo were reportedly introduced by Jordan Clarkson, who also plays in the NBA.

Thompson has stayed relatively tight-lipped about his cheating scandal with Jordyn Woods. His relationship with Kardashian, 34, ended after he was spotted “making out” with the 21-year-old model at a party in February.

The Keeping Up With the Kardashians star, for her part, blamed the breakup on the Cleveland Cavaliers player after initially pointing the finger at Woods. “Honestly, Tristan cheating on me & humiliating me, wasn’t such a shock as the first time. What’s been harder & more painful is being hurt by someone so close to me. Someone whom I love & treat like a little sister,” Kardashian tweeted on Saturday, March 2. “But Jordyn is not to be blamed for the breakup of my family. This was Tristan’s fault.”

Thompson and the Good American cofounder welcomed daughter True in April 2018, days after he was caught cheating on his then-girlfriend with multiple women. Now, she wants to move on “for the sake of her mental health, True and the sake of her family,” a source told Us Weekly.

Another insider revealed that Kardashian and the basketball player “have been in contact” since the infidelity because “they are still parenting True.”

In fact, the reality star “is never going to take True away from Tristan as long as he’s a good father to True and [does] his part,” a source noted, adding: “Khloé will always allow Tristan to be in True’s life as much as he can be. … She’s not a bitter or petty person. Khloé wants a healthy environment for True.” 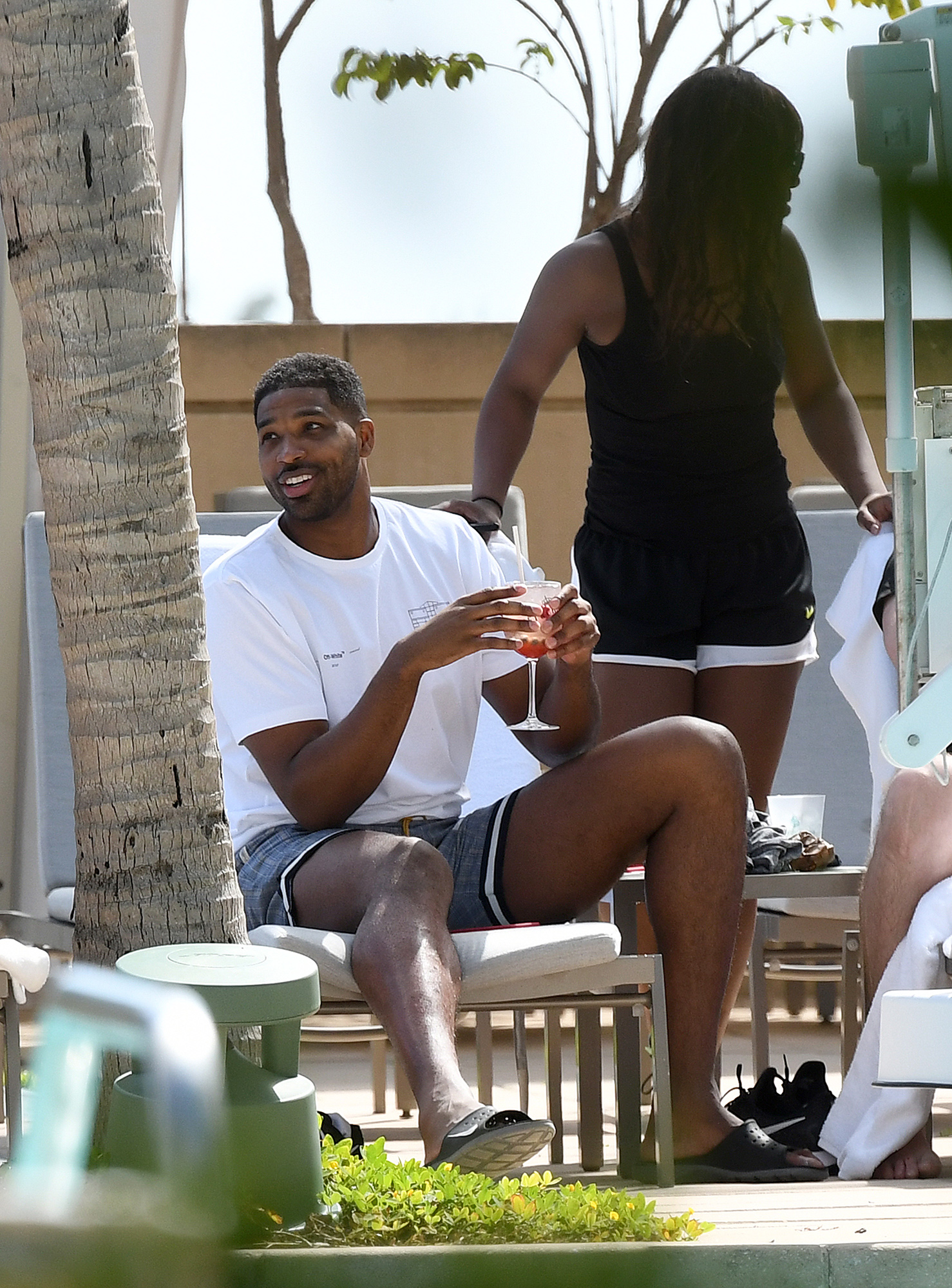 Thompson and a mystery woman were all smiles while talking by the pool in Miami. 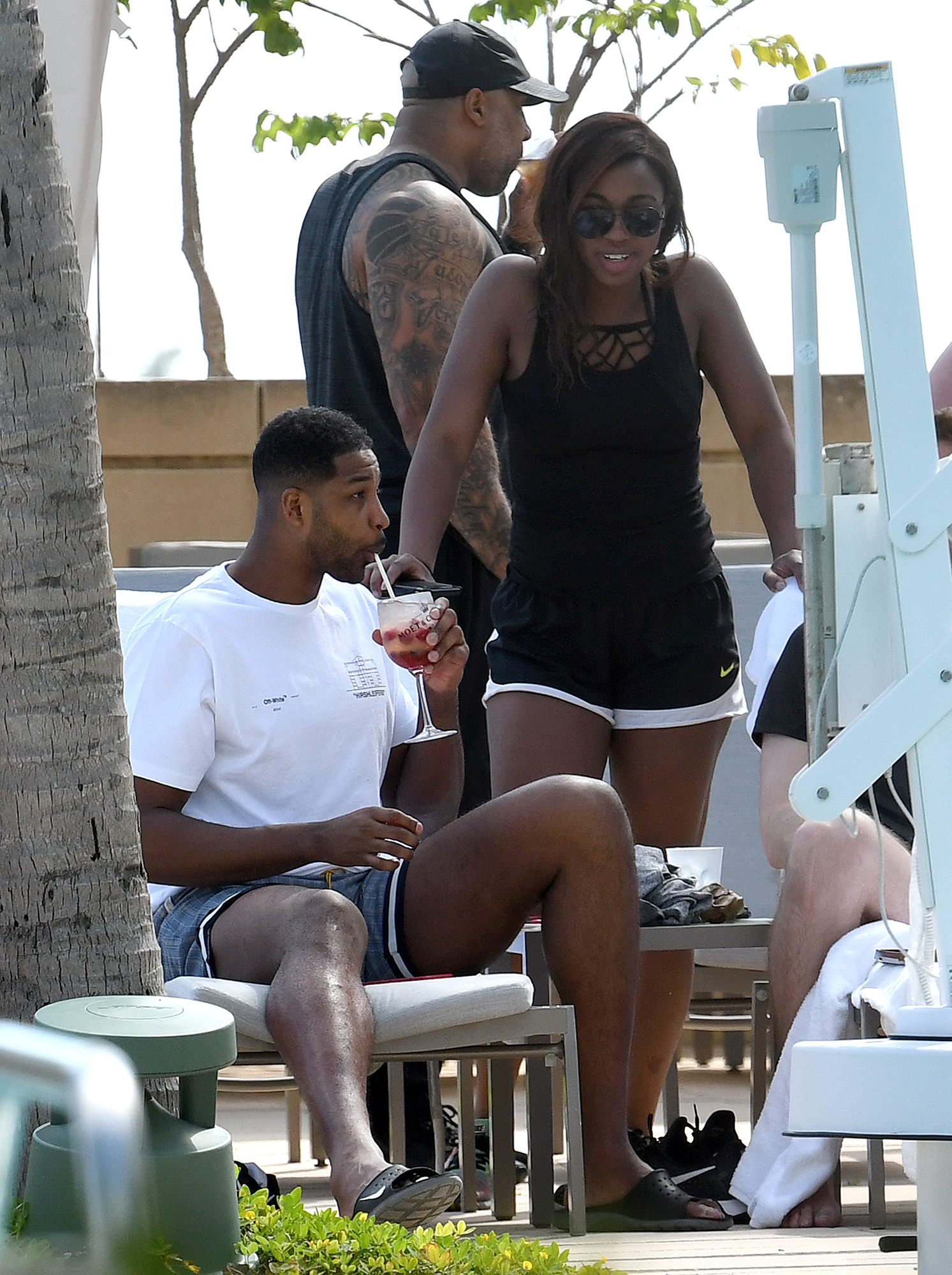 “He’s just a cheater and doesn’t care about anyone besides himself, his wants and his needs in the moment,” a source revealed to Us in February. “He doesn’t even think him hooking up with Jordyn is ‘bad’ because he and Khloé were broken up in his mind. He just truly doesn’t care.” 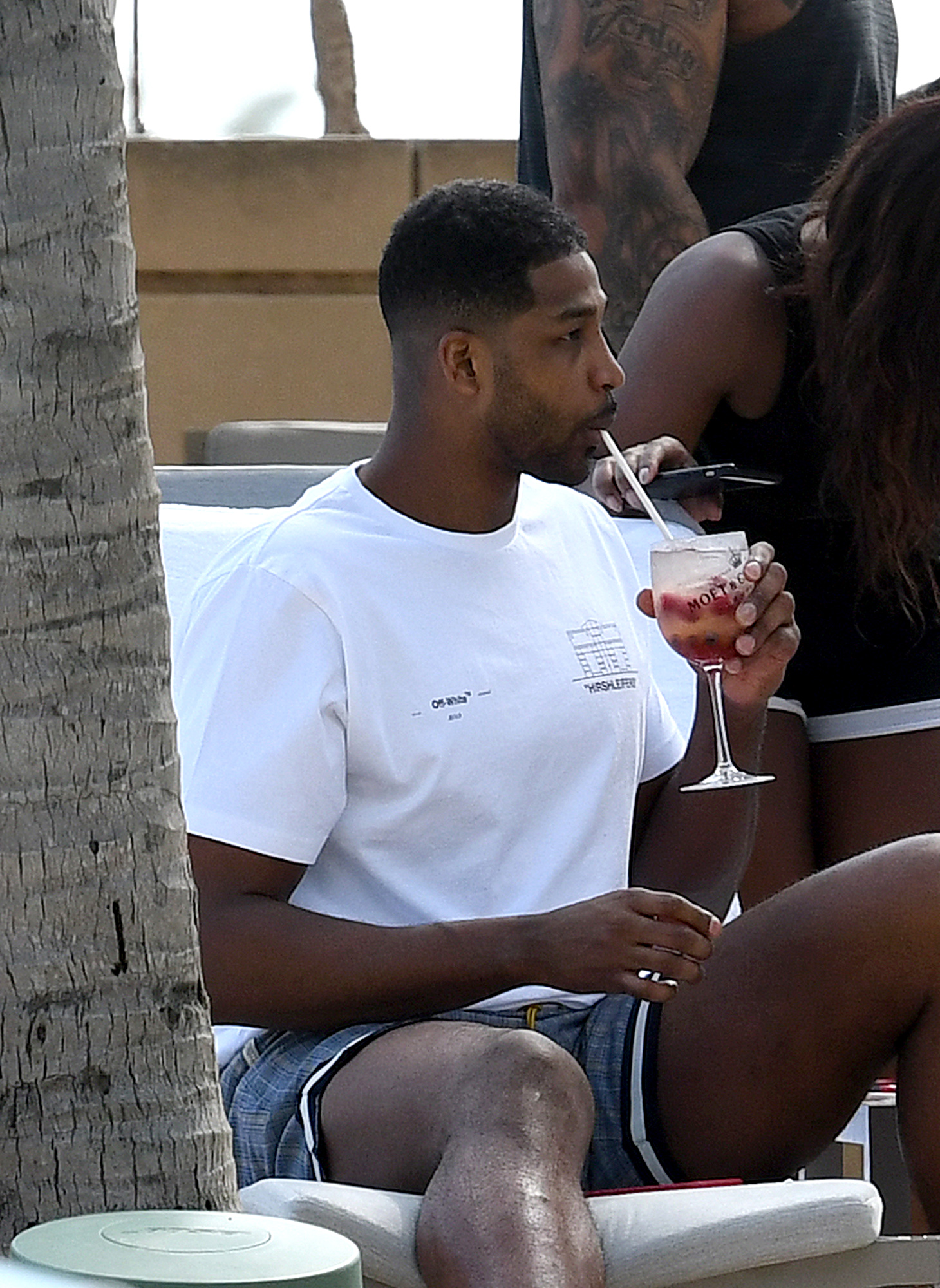 Woods admitted to kissing Thompson during her Red Table Talk interview, released on March 1, but she denied sleeping with him. 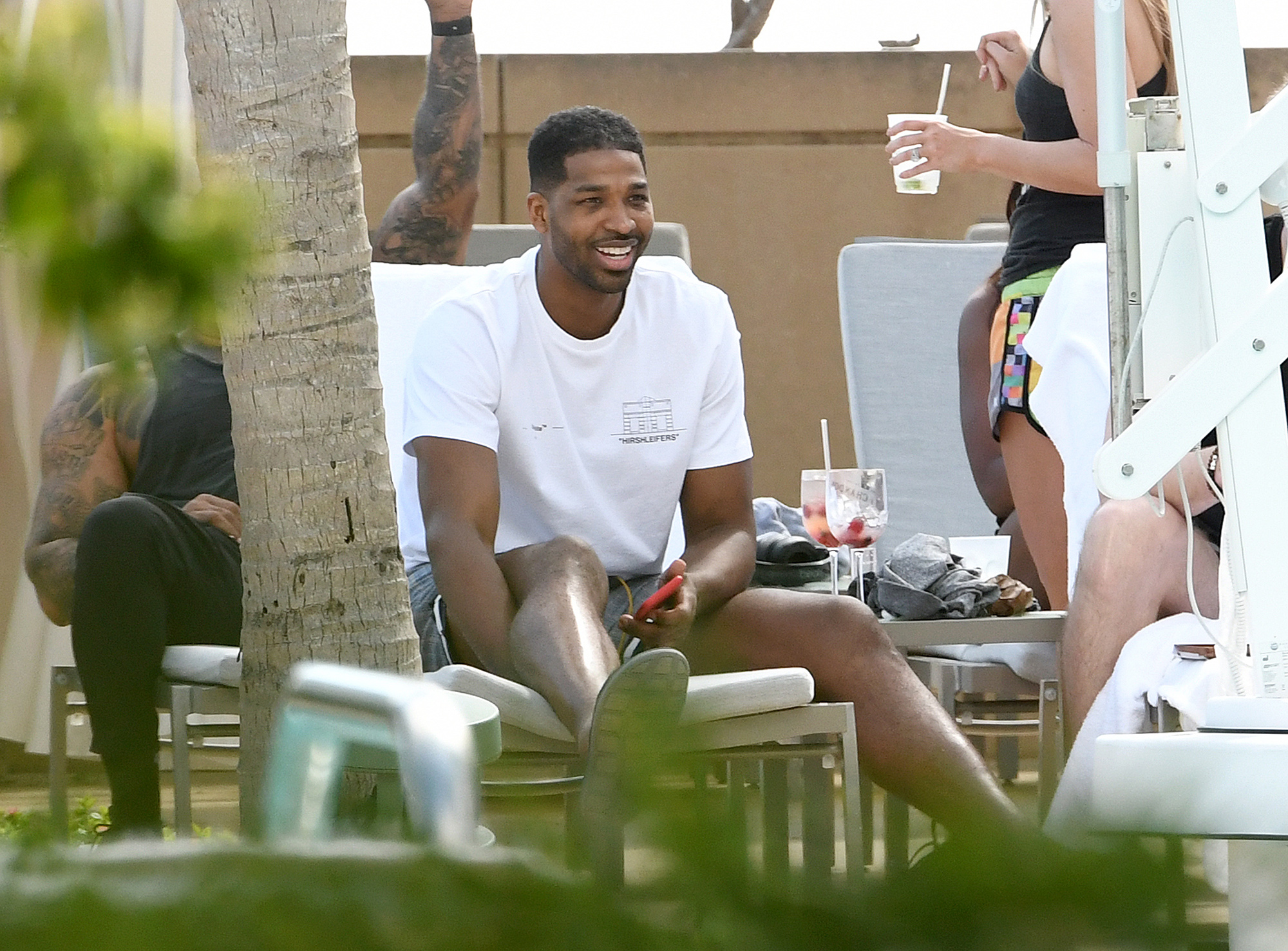 Kardashian posted a quote about broken hearts on her Instagram Story on Friday, March 8. “Maybe we held on a little too long to the people who didn’t deserve us because we had more good in our heart than they did,” the message read. “Maybe we saw them for how they could have been if they had a heart like ours. But they didn’t and maybe never will. Hearts like ours are special. — They should be treasured, not broken.” 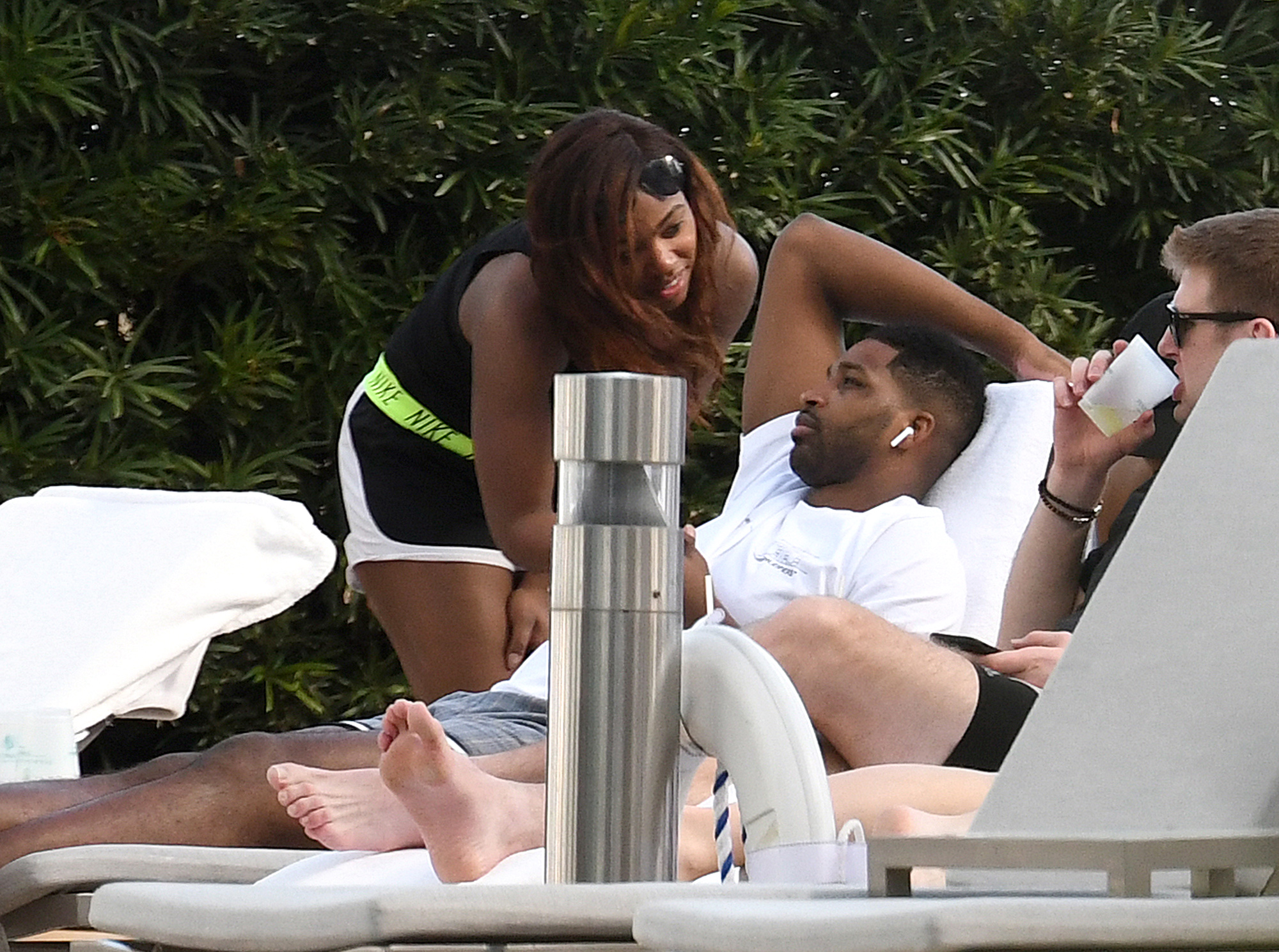 Thompson wore headphones at one point during the pool party while the unidentified woman tried to chat with him.