Cleveland Cavaliers center Tristan Thompson pushed his way through a group of reporters as he walked out of an interview after his team’s 122-103 loss to the Golden State Warriors in Game 2 of the 2018 NBA Finals on Sunday, June 3.

The 27-year-old was visibly taken aback when one reporter asked whether he felt “helpless” guarding Warriors star Stephen Curry, who led the game with 33 points, including a record-breaking nine three-pointers.

“No, [what] the f–k. No,” Thompson replied, turning his head away from the microphone, via ESPN’s SportsCenter. “We did a good job. When I’m switching on him, I’m guarding him. I am never helpless with no guy in the NBA. F–k that. F–ked up s–t.”

He then said, “Next question,” before storming off without further comment. 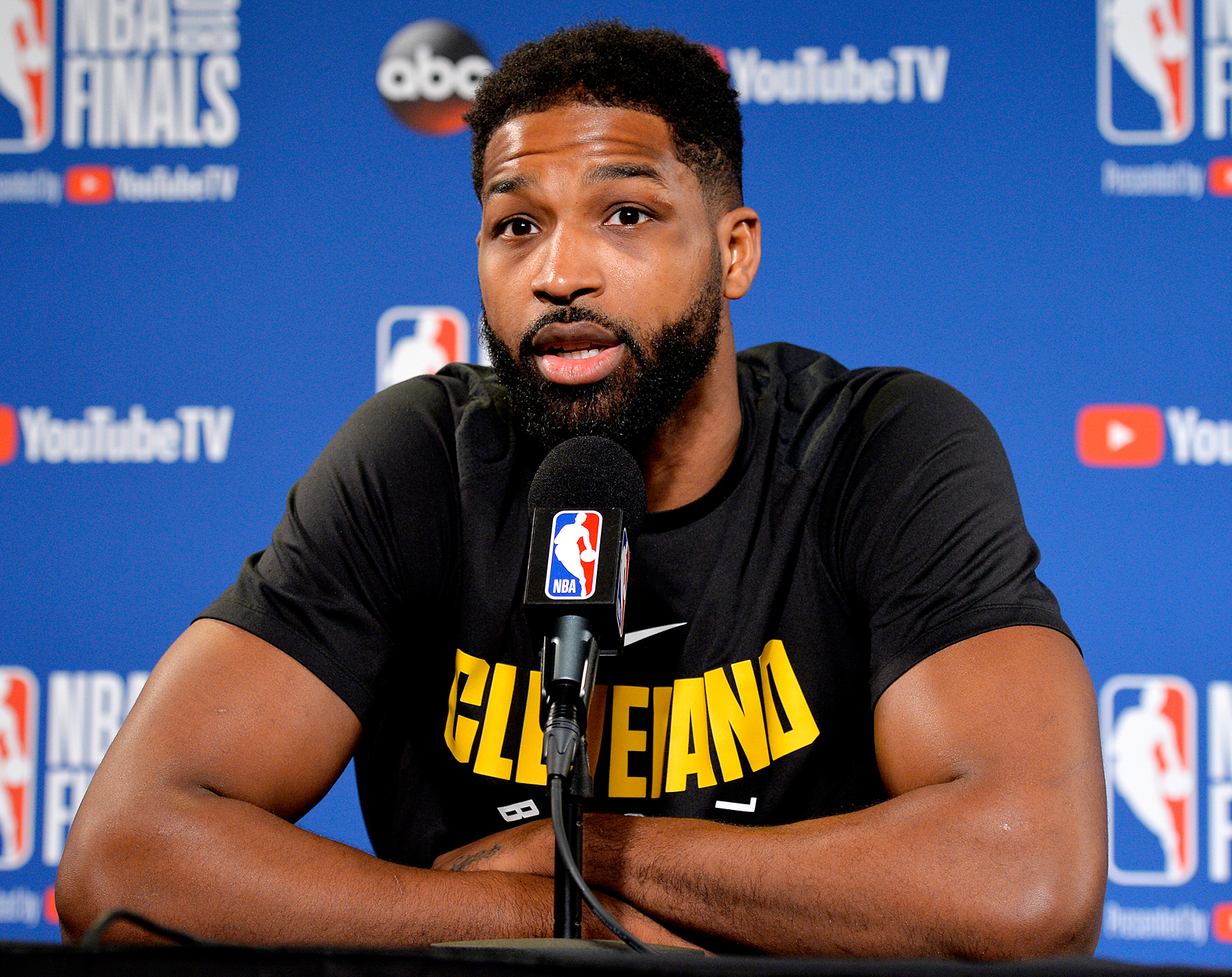 Earlier in the interview, the athlete said he didn’t blame referees for the Cavaliers’ 2-0 deficit in the championship series.

“At the end of the day, if you don’t give effort and you don’t play hard, you’re never going to give yourself a chance to win,” he said. “You control what you can control. Just go out and play. Miss or make, you think you got fouled, you think it’s a travel, you gotta get back on defense and communicate. That’s what Golden State wants. They want you to hang back, complain to the refs and complain because they’re gonna come down and knock a three in your face. We can’t be worried about that.”

As previously reported, Thompson (who welcomed a daughter named True with girlfriend Khloé Kardashian in April) was ejected from Game 1 on Thursday, May 31, after being called for a flagrant foul two in overtime. He shoved the ball in Warriors player Draymond Green’s face and a brief scuffle ensued. He later told reporters that the incident “was some bulls–t.”

A source recently told Us Weekly exclusively that Thompson and Kardashian, 33, have been “fighting constantly” since he was caught cheating on her with multiple women. Another source added, “Tristan is completely emotionally and physically exhausted from the cheating allegations. … He is focused on winning a championship for Cleveland.”