Some are born icons, some eventually achieve icon status, and some have icons thrust upon them. Such was the case with Angela Bassett, who became the recipient of the Icon Award, the highest accolade at the 2019 Black Girls Rock! event. After Academy Award–winning actress Regina King introduced Bassett to the audience, the actress delivered an empowering acceptance speech, in which she discussed the winding road to finding her life’s purpose and what it means to stand in the face of adversity as a black woman.

“My purpose as a black woman, as an actress, has always been to portray excellence on the screen, to be proud, unapologetic, and without regret,” said the Black Panther queen.

“It hasn’t always been easy. And there have been tough times, days when the phone didn’t ring, even after What’s Love Got to Do with It, as well as moments of uncertainty and of doubt,” Bassett said. “But what women like my mother, Betty Jane, and my Aunt Golden taught me is that there will be times when you seemingly face insurmountable obstacles, but that’s when you dig deep into your soul for the courage and the fortitude … .” 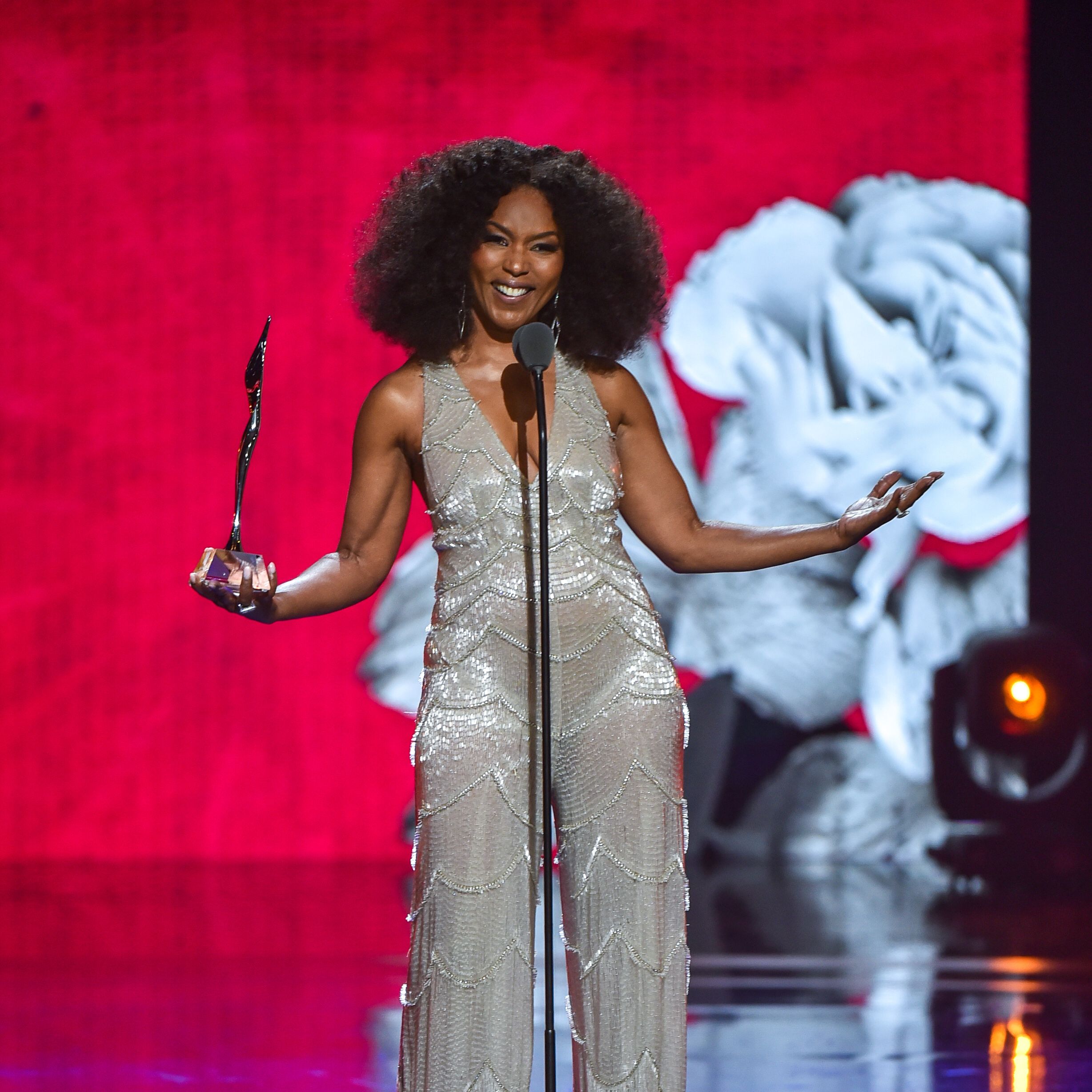 She additionally thanked her family for “giving me the opportunity and the space to be a black girl who rocks.”

Later, she urged the audience to persistently remind the world of their worth and irreplaceability. “When you’re told you’re not good enough, you tell them, not only am I good enough, I’m more than enough,” she said. “When they say send her back home, you tell them, I am home. I am the foundation of what you call home. When they tell you that you’re angry or nasty, you tell them that they’re mistaken. This is me. This is me being resolute and standing firmly in my truth. And when they say you’re not beautiful, you tell them that you are the descendant of royalty.”

She ended her acceptance speech with one last powerful message of unity.

“We have much work to do, and together we are unstoppable. Always remember that our voices, the very power that we hold individually, and all of us collectively, it does matter,” Bassett said. “Now is not the time to be silent. Find your purpose, pursue it relentlessly, passionately, and loudly. Be persistent and win.”

Unsurprisingly, the Internet shared its enthusiastic praise of the Golden Globe–winning actress’s message.