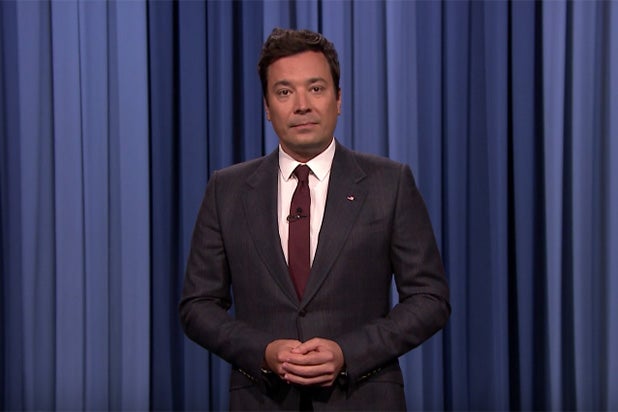 Jimmy Fallon helped kick off NBC’s broadcast of the Macy’s Thanksgiving Day Parade by singing and dancing with the “Tonight Show” band The Roots. And while some Twitter users were left “unapologetically crying” with joy, others… well, let’s just say they were most definitely not.

Fallon’s appearance began with pre-taped footage of him cooking Thanksgiving dinner at home and shifted into him and The Roots in front of Macy’s, doing his rendition of David Bowie and Mick Jagger’s “Dancing in the Street.”

The performance earned immediate reaction online from viewers tired, many of whom were tired of the chaos of 2020 and excited to see some exuberance, even though no in-person spectators were allowed at the event.

“Started my morning by unapologetically crying watching the Macy’s Day Parade cus yah Idk man something about Jimmy Fallon singing ‘Dancing in the Street’ felt ‘normal’ and got me in every single feel I have,” one Twitter user wrote.

Another said they “absolutely loved” Fallon’s performance, regardless of whether the 2020 show was different than usual. Others simply said “yesss” or shadily compared Fallon’s live singing to what they suspected might be lip-syncing from other performers.

Although the normalcy of seeing Fallon performing was welcome amid the ongoing coronavirus pandemic, others were just not having it.

“An entire Thanksgiving Day parade with Jimmy Fallon,” one tweet read, with a gif of Robert Downey Jr. rolling his eyes and the words “#Internal scream” flashing on the screen.

Another called Fallon “an embarrassment” and yet another said, “Who keeps letting Jimmy Fallon sing ,,,, like guys come on it’s a HOLIDAY , save that for his own show.”

Check out the video below and judge for yourself.

“Some is going to be virtual, there might be some small in-person pieces, spread out pieces, it’s not going to look at all, of course, like how we are used to. But the important thing is, the traditions will be kept in some way,” New York City Mayor Bill de Blasio said in a statement about the celebrations earlier this year.