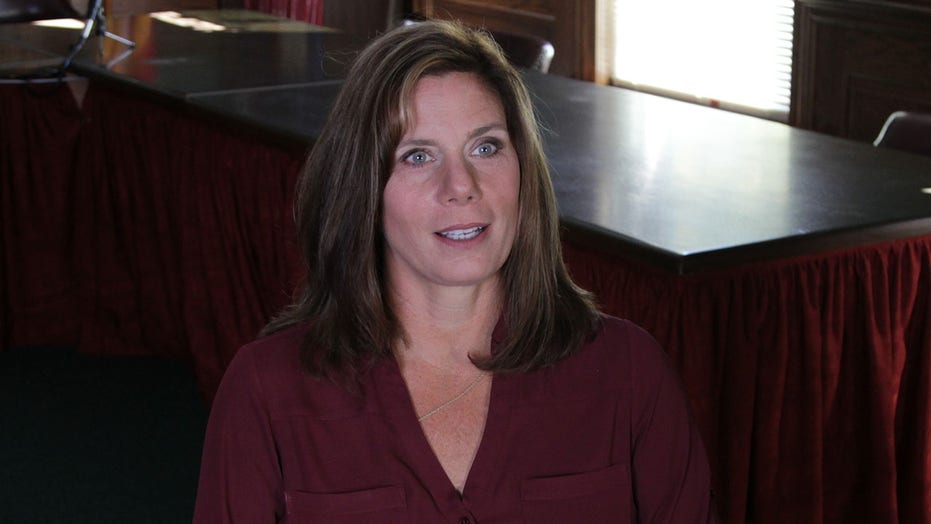 EXCLUSIVE: Joan Bauer was done with plainclothes work – but when the officer heard about Roberta Snider’s disappearance, she was up for the challenge.

The shocking case of how an undercover cop discovered the truth of the Hartville, Ohio resident’s whereabouts is the subject of a new true-crime documentary on discovery+ titled “When Philip Met Missy.” It features interviews with family, law enforcement and witnesses, as well as rarely-seen footage. 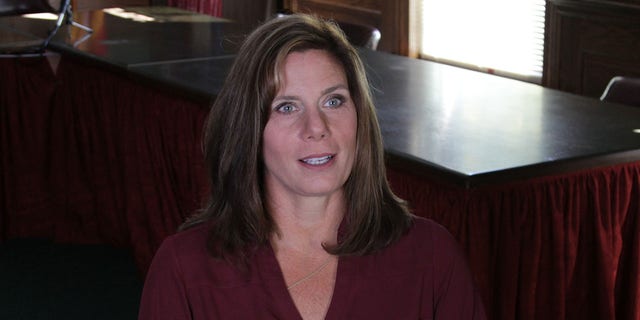 “I did plainclothes work for many years and I actually had left so I could train other officers,” Bauer told Fox News. “I’ve been in law enforcement – next month will be 31 years. I had not been in uniform since 1998 and I wanted to finish my career in uniform because that’s how I started… But I had seen the news. I heard people around town talking about it.”

“My whole intent was not to work undercover,” she continued. “But when the chief described the case to me, I thought it was time to go undercover one more time. And that’s how it all started.” 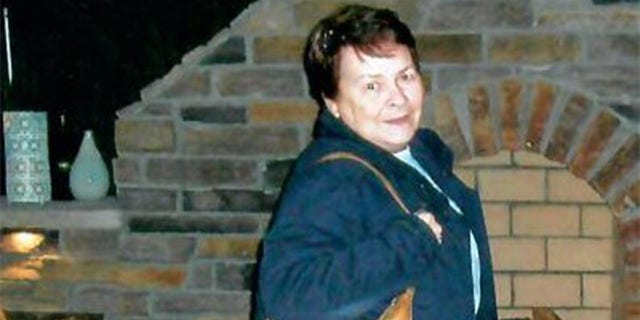 The case of Roberta Snider is the subject of a new true-crime documentary titled ‘When Philip Met Missy’.
(discovery+)

Snider, 70, went missing in early January 2018. Her husband of over 50 years, Philip Snider, initially told police they left their home for a trip to Graceland, the home of late singer Elvis Presley, in Memphis, Tenn. But on their way to the popular tourist attraction, Snider had a medical emergency and died suddenly.

At first, the 73-year-old alleged that paramedics had taken her body away in an ambulance. However, he couldn’t provide specific details or identifying markers associated with the vehicle that would have held his wife’s corpse. Then, he claimed that he actually threw her body off a bridge into the Tennessee River while returning to Ohio. 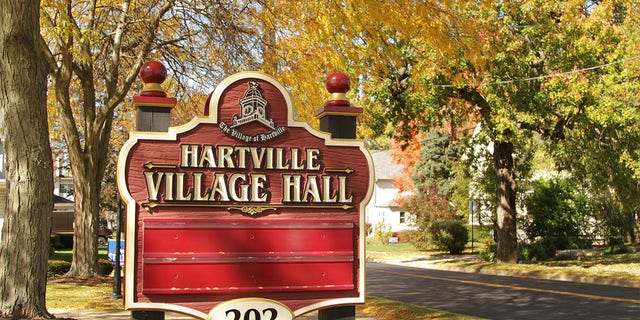 Hartville, Ohio is a quiet town of about 3,000 people.
(discovery+)

Unable to locate any remains, police investigated the couple’s home with a cadaver dog, Cleveland 19 News reported. According to the outlet, the canine targeted a red tub in the basement. Police questioned Philip for hours, but they couldn’t get him to reveal what exactly happened to his wife.

That’s when Bauer came in. As an undercover officer, she transformed herself into “Missy” and befriended him over coffee at Burger King, where he was a regular. 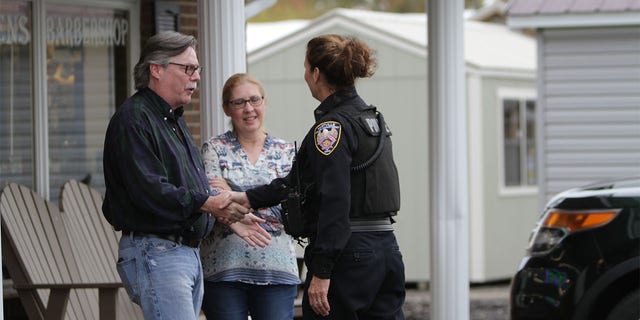 Joan Bauer said she was up for a challenge when it came to doing undercover work again.
(discovery+)

“I watched him for a good week prior,” Bauer explained. “I learned he regularly went to Burger King every morning for coffee. He wasn’t the most talkative person, so at first, I thought it might be tough to get to know him. He wasn’t really friendly, to begin with. And it was very clear that people were not friendly to him either. But I created the person I wanted to be. At first, he overheard me talking to other people. I put everything out there. He started learning my story that way so he wasn’t suspicious of me.”

It didn’t take long for Philip to be drawn to the much-younger new girl in town.

“I came in like a fresh friend,” said Bauer. “I knew it was important for me to create somebody that not only he could be friendly with, but someone he could trust. Somebody who wouldn’t judge him. My involvement was three to four weeks long, but you have to be careful as a female not to present yourself in a certain way. I wouldn’t want a defense to later come back and claim that I was purposely leading him somewhere.” 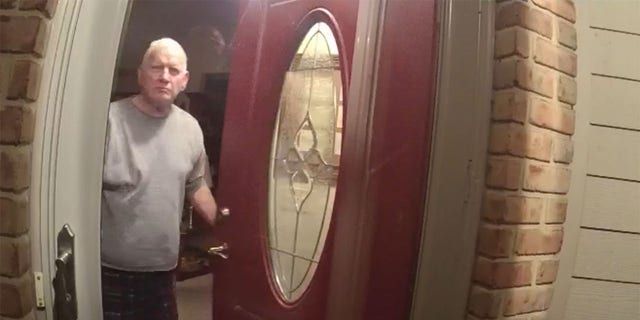 Philip Snider’s stories about his wife Roberta Snider just didn’t add up to the police.
(discovery+)

“I was very careful not to be flirty with him,” she continued. “The goal was to be friendly with him. I wore sweatshirts. I did not wear makeup. Sometimes I would literally just roll out of bed and not brush my hair. I made sure he knew there was no room for a romantic chance, even though I don’t think he would have minded that.” 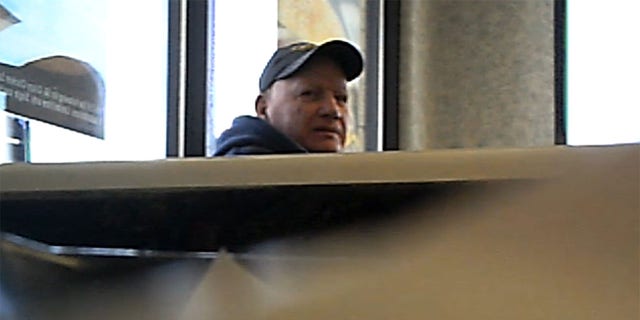 “Missy” and Philip met regularly for coffee. During their conversations, Philip learned she was caring for her dying mother. According to the documentary, “Missy” claimed she had a strained relationship with the matriarch and had hoped she would die. After a few weeks, Philip told “Missy” she could kill her mother without attracting suspicion.

And at one point, Philip proposed.

“I was shocked,” she admitted. “Because he made it very clear that I was a younger friend and I had made a lot of statements that I was not looking for anything either. That whole romantic side, I never gave that. And honestly, I don’t think that he even took it there. I honestly think that his whole proposing idea was actually because, in the state of Ohio, you can’t make a spouse testify against another spouse.”

Prosecutors believe Philip proposed to “Missy,” so that when he died, she could collect his pension. When the undercover officer asked Philip to be honest about Snider’s death, that’s when he finally came clean, The Repository reported. 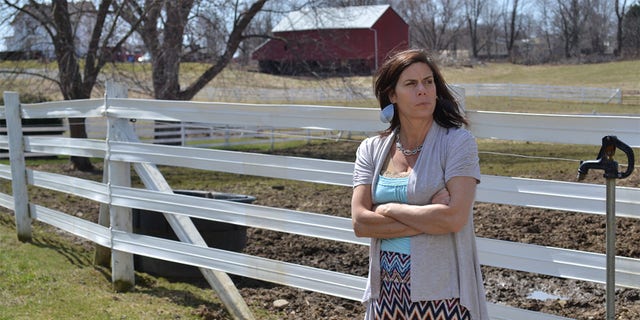 At one point Philip Snider proposed to "Missy."
(discovery+)

According to the outlet, the couple had a fight, which resulted in Snider sleeping on the love seat of their living room. Philip woke up the next morning, went for his usual cup of coffee, and returned home to still find Snider asleep. The outlet shared that Philip took a cloth, gently placed it over her head, and struck Snider twice in the forehead with a two-pound stake hammer. He then tied a plastic grocery bag over Snider’s head and rolled her onto a plastic tarp before loading her body into his pickup truck.

And the horrifying admission was captured on audio.

“You know, we never did find out why he committed this crime,” said Bauer. “I did try to develop that before he would give me his final confession because his culpability was very important in what the charge was going to be. I was able to ascertain from him that it was thought out. He didn’t just snap one day after the fight. But he never did tell me he had an answer.

“I don’t think he had an answer. And I wasn’t prepared when I learned he was willing to help ‘Missy’ commit a crime. But it made this case even more important because he might not have been finished with his crimes. If he could help a woman he barely knew kill her own mother, who’s to say that there wasn’t someone else down the road? What if something else triggered him?” 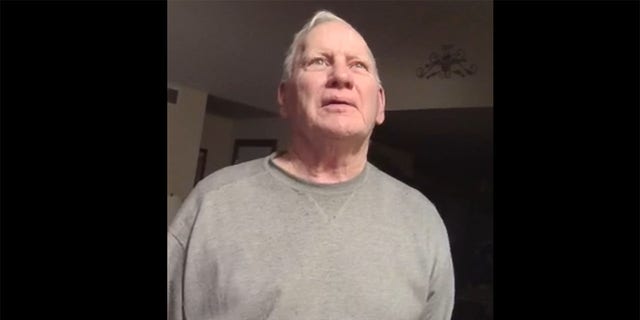 Philip Snider was sentenced in 2018 to life in prison.
(discovery)

Philip pleaded guilty to aggravated murder and other charges in the death of Snider. He was sentenced in August 2018 to life in prison with the chance for parole in 20 years. Philip later told police he put his wife’s body in a dumpster in Bullitt County, Kentucky. From there, the body likely wounded up in a nearby landfill. Hartville Police Chief Larry Dordea said he believes Philip is telling the truth.

Snider’s remains have never been found.

“Sadly, he did not show me any remorse,” said Bauer. “I made it clear as ‘Missy’ that things didn’t bother me. But he never showed any remorse. I think it was just an end to his problem. It’s very sad.”

Bauer said she hopes viewers learning about the case for the first time will realize that “there is evil everywhere.” 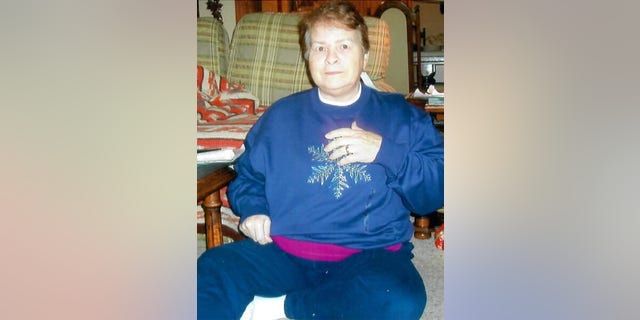 “If you ever come to this town, it’s an amazingly cute little town that people love to visit,” she said. “But the reality is, there is crime everywhere. There’s evil everywhere. So you always have to keep yourself safe, no matter where you are. And there’s the other aspect of domestic violence. This is domestic violence at its worst. I do not know how Roberta was treated before this, but I hope it does raise awareness. You never truly know what’s happening behind closed doors of your family or friends.”