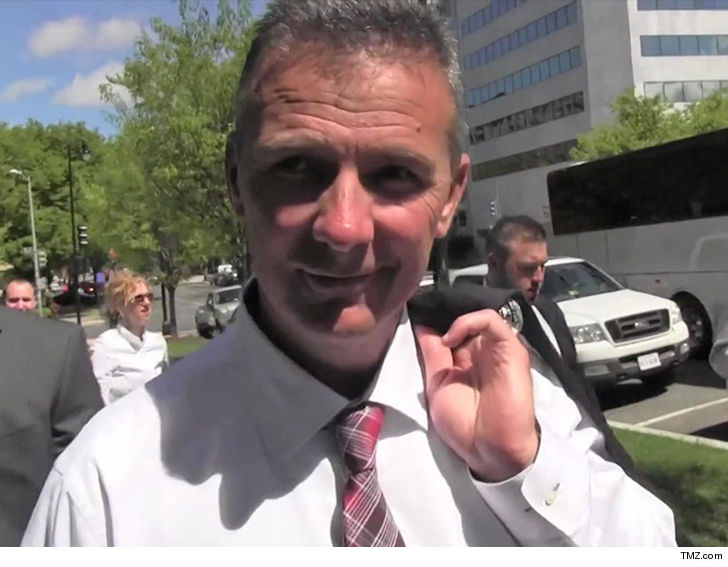 Ex-Ohio State WR coach Zach Smith blew stacks at a strip club with another OSU coach and at least 1 high school coach during a recruiting trip in 2014 … and afterwards, Urban Meyer threatened his job.

It’s all in the Ohio State investigation report detailing Meyer’s history with Smith … who was fired in July after a series of incidents stemming from domestic violence allegations.

In the report, investigators say, “In May 2014, in connection with an out-of-town recruiting trip to Florida, Zach Smith ran up a significant bill at a local strip club along with another OSU football coach and one or more high school coaches.”

Smith spent at least $600 in the club — which investigators say came from “personal funds.”

Urban Meyer later learned about the incident and told Smith that, if it happened again, he would be fired.

Meyer also changed up the 2014 coaches manual to include a “morality clause,” telling staff to avoid strip clubs “or venues that would embarrass The Ohio State University.”

Of course, that part is relevant because Smith took penis pics while at the White House on the official Ohio State trip to D.C. to meet President Barack Obama in April 2015.

He also took explicit pics of himself in various OSU football facilities.

Unclear why Smith wasn’t punished for violating the terms in the 2014 manual.