Vogue Williams will appear on Tipping Point: Lucky Stars tonight alongside comedian Chris Ramsey and MasterChef judge Gregg Wallace. The celebrity special of the quiz show will see the three answer questions to win turns on the iconic Tipping Point arcade game. Dropping coins into the machine, the contestant will try and knock off piles of coins into the chute below. The highest scorer will then try and win £20,000 jackpot for a charity of their choice.

This isn’t the first game show for Vogue, 34, having previously taken part in Catchphrase and The Jump.

She is no stranger to competition having also competed in Dancing with the Stars and Bear Grylls: Mission Survive.

Vogue’s husband Spencer Matthews is also no stranger to reality television or competition, rising to fame on Made in Chelsea.

In fact, Spencer and Irish model Vogue met on the set of Channel 4 show The Jump in 2017. 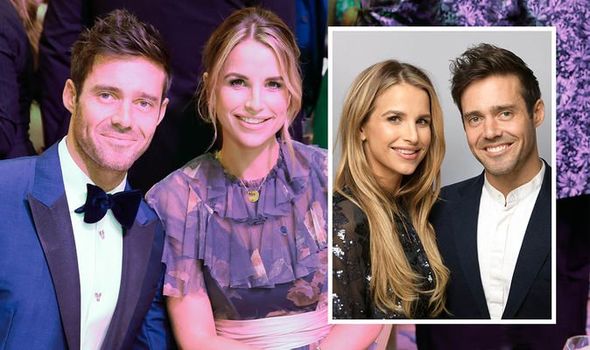 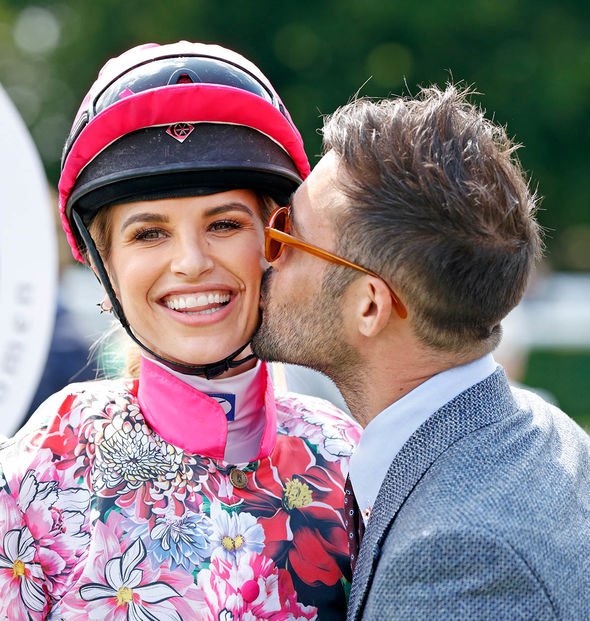 The couple even had their own show on E4 named Spencer, Vogue and Baby Too after the birth of their son in 2018.

Vogue and Spencer, 32, have two children, their son Theodore and a daughter born in July this year.

They named their daughter Gigi Margaux, a name which Vogue revealed she wished she had been given.

Vogue told Hello! magazine: ”When we were discussing names I thought, ‘I want to want her name’, and I do. “

What a brilliant day out with my gang ����Isn’t it just the best when the babies are super well behaved and have the best time, already thinking of what to do with them next weekend! I’m trying to be more imaginative than the park, who has some good suggestions around London? X

She added: ”I just love it. I wish I was called it myself.

“We decided on it ages ago and as soon as we saw her, we knew it suited her. She is so perfect. I am obsessed with her.”

The model also said her little girl already has a heap of clothes, saying “her wardrobe is already quite extensive”.

Vogue added: “I hope nobody buys me any more baby clothes because we’ve definitely got enough until she’s 18 months. I couldn’t help myself.”

The best birthday present in the world… thank you all for your lovely birthday messages! I’m getting to spend the day with this lot and I couldn’t be happier ☺️

What was the touching way Spencer proposed to Vogue?

Spencer and Vogue had been dating for a year when he proposed in a rather extravagant gesture.

The Made in Chelsea star proposed on stage at the Lyceum Theatre following a performance of The Lion King.

Speaking about the decision to propose, Spencer said: “I’ve known Vogue was the one for a long time.

“We’re very happy and in love. She’s my best friend and I can’t wait to spend the rest of my life with her.”

“The engagement had to be special, and as our first trip away together was to Disneyland Paris, it felt like the perfect fit,” he said of the proposal.

“The Lion King is also one of the greatest stories of all time, so I figured that having just had a romantic evening watching it, she’d probably say yes!”

The couple went on to marry at Spencer’s family estate in Scotland in June 2018.