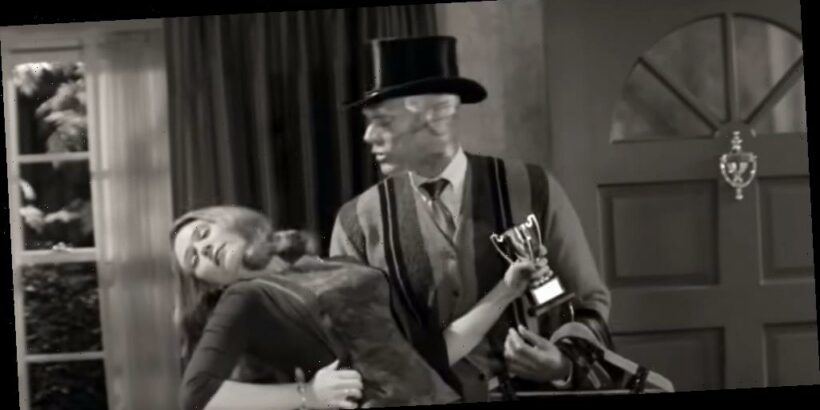 Elizabeth Olsen and Paul Bettany are all dressed up for a magic show in the brand new TV spot for WandaVision, coming to Disney+ sooner than you think.

In addition to brand new scenes being revealed in the TV spot, the theme song also debuted.

The track, which was written by Robert Lopez and Kristen Anderson-Lopez, who are the couple behind the Frozen and Coco soundtracks.

“WandaVision is such a cool, strange, one-of-a-kind project,” Robert shared about writing the song for the show. “When the director, Matt Shakman — an old friend from my college days — pitched it to us, we didn’t have to think about it. We loved the bright feeling of American sitcoms mixed with the deep sense of unease the story had, and it was a really inviting challenge to help set that tone.”

The series will center on Wanda Maximoff and Vision – two super-powered beings living idealized suburban lives – begin to suspect that everything is not as it seems.

WandaVision will premiere on January 15.