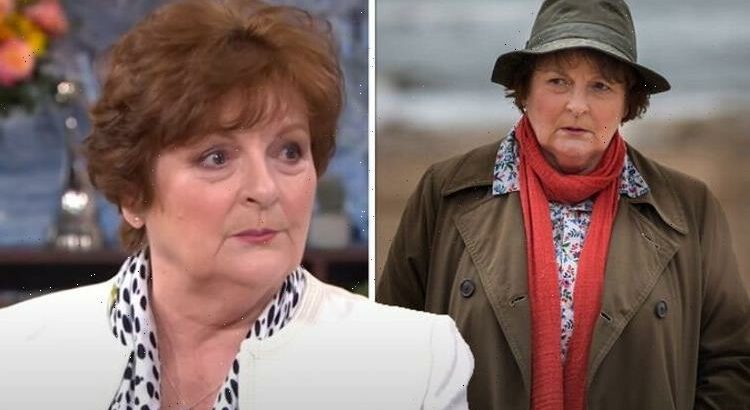 Brenda Blethyn gives an update on upcoming series of Vera

Brenda Blethyn is much-beloved for her role as Vera Stanhope in the popular ITV crime drama. However, the star has admitted when they went back to filming after the pandemic, she was left concerned about a change made to the props.

Brenda admitted her character’s hoard of rubbish in her car had been destroyed.

This had seemingly happened in response to covid restrictions in place on the project.

As a result, everything had to be sanitised to make working on the set as safe as possible.

Speaking about this, Brenda said: “When we shot the first scene in the Land Rover, I was horrified to notice that all the rubbish that Vera has accumulated had been removed and the whole vehicle sanitised.

“I cried ‘I want all Vera’s rubbish back please’.

“So they sanitised all the rubbish and put it back in.

“All the empty crisp bags and apple cores. They all came back.”

As well as this, the actor admitted she had to be handed her costume in a special way as well in the interview from August, 2021.

“They are put in a special bag,” she added to The Mirror.

“When I turn up on set Vera’s clothes will have been delivered to my trailer having been sprayed.”

Brenda has played the beloved detective since 2011.

The show is now into series 11 as it follows the retired officer as she keeps investigating crimes.

In the latest outing, she was back working alongside Sergeant Aiden Healy (played by Kenny Doughty).

Thankfully for fans of the show, Brenda recently shared how she has no immediate plans to leave the series.

When asked about this earlier this year, she said: “I haven’t got any plans to [leave].

“At the moment, all the time I’m fit and able, I’ll be visiting Vera.”

She also explained to the Radio Times that she will be heading back to filming this month.

Brenda added: “The first [episode] I’ve read is someone found dead on a boat.

“So there’ll be some nice locations on that one!”

Brenda will be back on screens tonight on ITV with the latest episode of Kate & Koji.