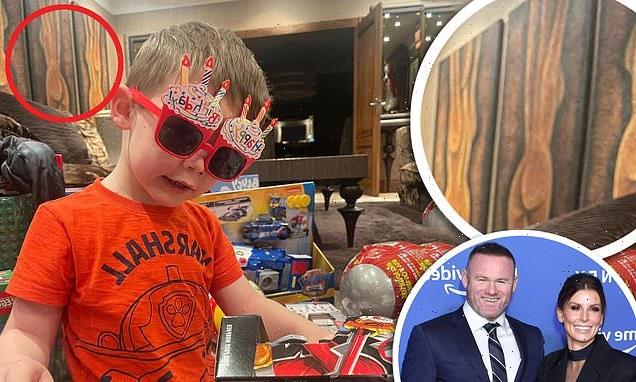 Wayne Rooney scored a rare own goal on Tuesday after inadvertently revealing a racy framed painting on the wall of his family home while celebrating son Cass’s fourth birthday.

The blundering Derby County boss, 36,  posted a picture of his youngest child as he played with some new toys and wore sunglasses, captioning the post: ‘Happy 4th Birthday Cass.’ 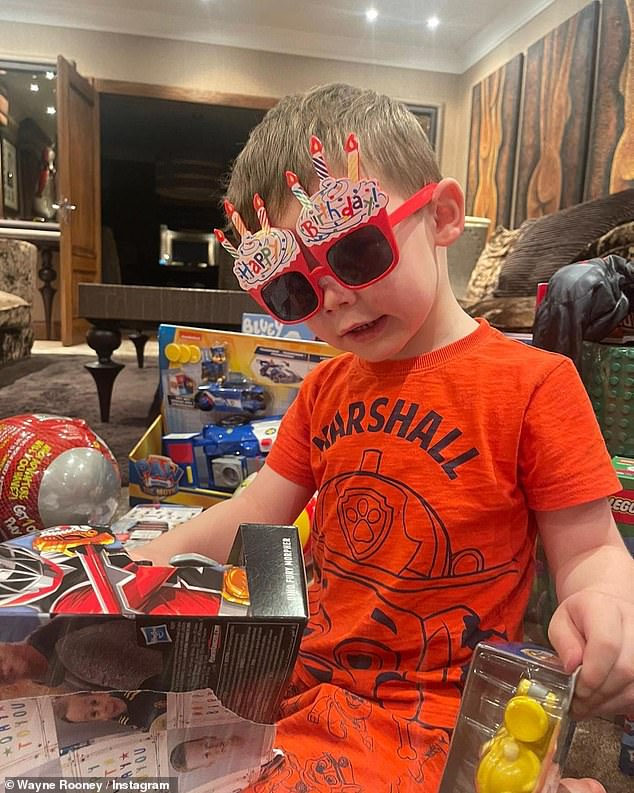 Home life: Coleen and Wayne Rooney, 36, shared a snap of their son Cass on his fourth birthday on Tuesday – and gave fans a glimpse at the nude paintings on the wall of their home

The sports star’s 15.4m Instagram followers could see the canvasses showing the naked female bodies posed at different angles, with he post having racked up nearly 42,000 likes at the time of writing.

While Coleen, 35, did not show off the same artwork on her social media page, she did share some pictures of her son, writing: ‘Our gorgeous boy is 4 today!

‘Have the best day smiler, keep being you and loving life. We love you so much.’ 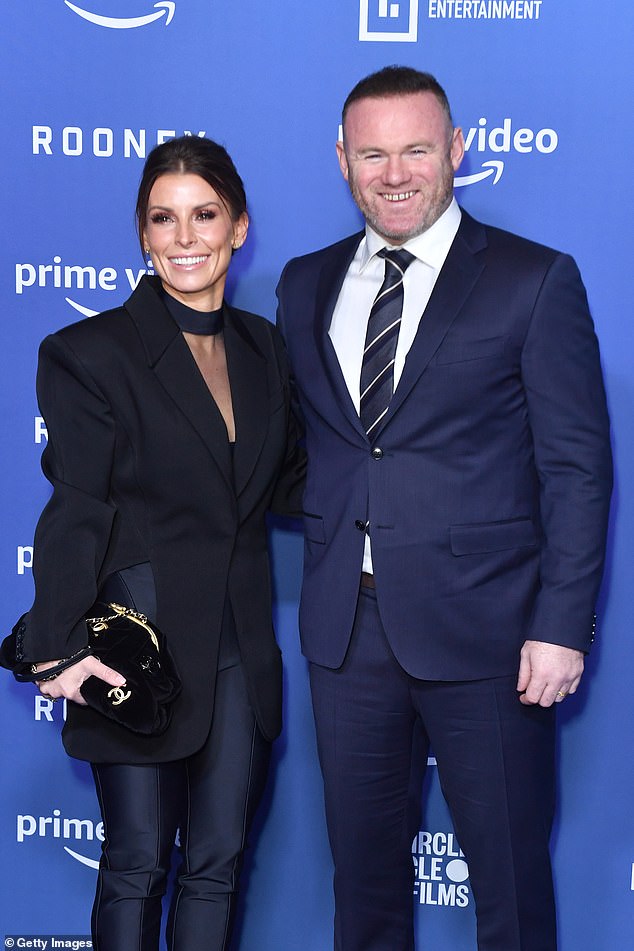 It comes after it was reported Coleen will have to cough up Becky Vardy’s eye-watering £250,000 legal bill, as their acrimonious ‘Wagatha Christie’ saga continues.

Professional footballer Wayne’s wife had previously been ruled to pay £65,000 in fees after being refused permission to bring the agent of Jamie Vardy’s spouse, 39, to the High Court.

A source told The Sun: ‘As if losing this latest round of the legal battle and having to pay almost £70,000 to cover Caroline’s legal fees wasn’t bad enough, Coleen has now been stuck with another massive bill. 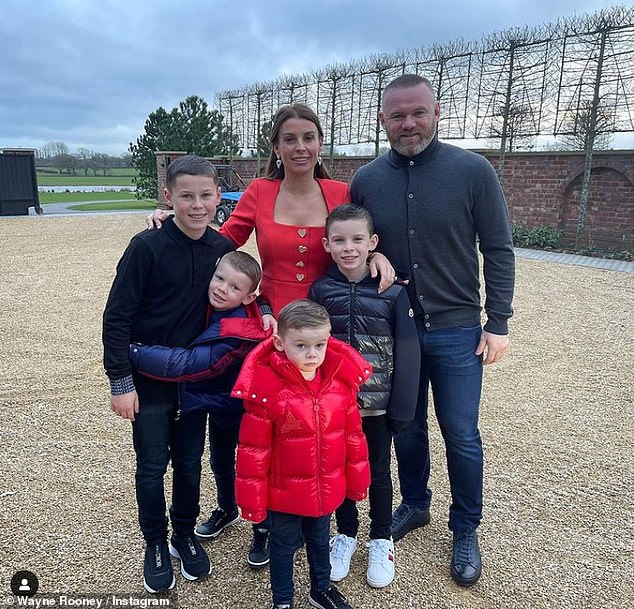 New home: Wayne and Coleen moved into their Cheshire mansion with their children in December (L-R: Kai, 12, Kit, six, Cass, four, and Klay, eight, and his wife Coleen, 35)

‘As part of the ruling she is having to cover 20 per cent of Becky’s legal bill for this hearing, which will be a minimum of 40k, and another 65,000 for Caroline plus 165k of her own costs.

‘It means, in total, she will be forking out a quarter of a million pounds — so far. The spiralling legal costs in this case are grotesque.’

Coleen’s lawyers previously claimed that Becky had leaked information to The Sun either directly or through her agent Caroline Watt ‘acting on her instruction or with her knowing approval’. 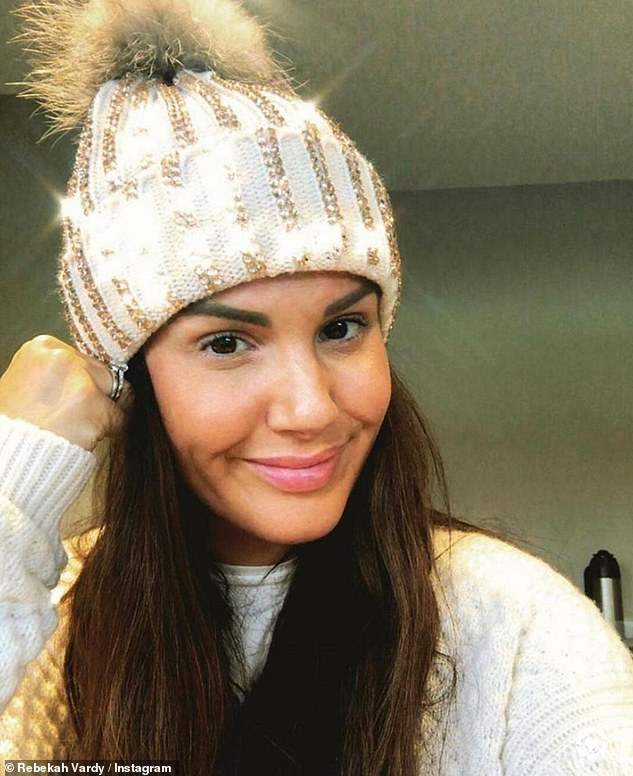 Troubles: It comes after it was reported Coleen will have to cough up Becky Vardy’s (pictured) eye-watering £250,000 legal bill, as their acrimonious ‘Wagatha Christie’ saga continues

She asked for permission to bring an ‘additional claim’ against Caroline for misuse of private information and wanted it to be heard alongside the libel case.

But in a ruling on Monday, following a two-day hearing last week, Mrs Justice Steyn refused permission for the additional claim against Caroline. She also ordered Coleen to pay £65,000 towards Ms Watt’s legal costs.

The two warring WAGs are now set for a £1million legal showdown in May after the High Court judge ruled on key areas that could decide the case and insisted that it needed to be settled at a full trial as quickly as possible. 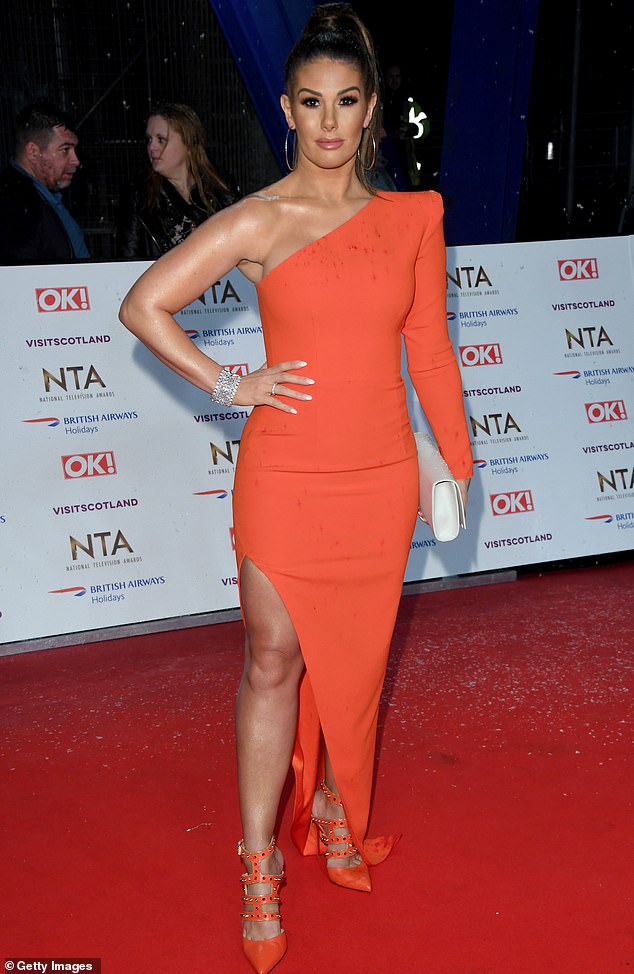 Messy: Rebekah (pictured in 2019) launched a foul-mouthed tirade against Coleen and texted friends the ‘stupid cow deserves everything she gets’ as the full scale of the war of the WAGS was revealed for the first time