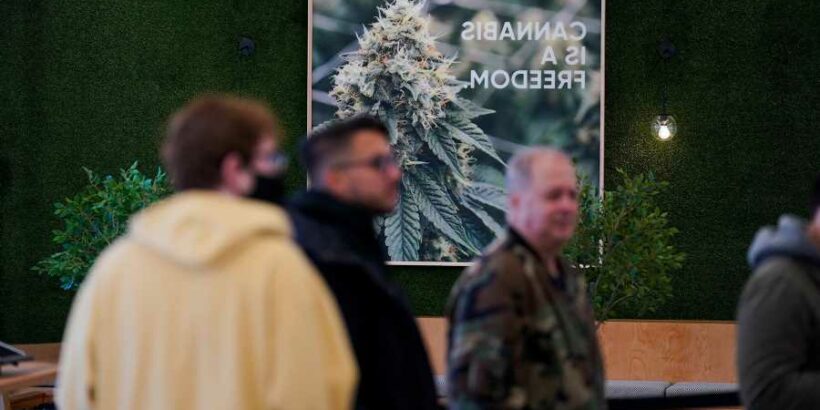 Passed into law in the depths of the pandemic, adult-use marijuana finally goes on sale Thursday for the first time in the state of New Jersey. Residents voted to legalize it in November 2020; in February 2021, Gov. Phil Murphy signed the accompanying regulatory legislation; and last week, the state’s Cannabis Regulatory Committee approved applications for medical dispensaries to expand to selling to recreational consumers — right now.

If you’re a New Jersey cop whose day off is Thursday, hurry to your nearest distributor, because while state law currently allows off-duty officers to indulge, that could change. According to a recent memo from the state’s acting Attorney General, while the Cannabis Regulatory, Enforcement Assistance, and Marketplace Modernization Act (CREAMMA) allows law enforcement agencies to maintain a “drug- and alcohol-free workplace,” it forbids the same agencies from taking “any adverse action against any officers because they do or do not use cannabis off-duty.” But Murphy, at a recent event, responded to lawmakers’ concerns that cannabis lingers in the body and that its effects on a police officer could be harder to detect than that of other substances like alcohol. “There’s no allowing anybody to show up impaired, whether you’re drinking or whether you’ve smoked weed,” Murphy said. “Anybody who shows up impaired would be dealt with aggressively.” He added, “Would I be open-minded to a legislative fix that would address this? The answer is yes.”

No matter your profession, adults 21 and over will now be able to walk into one of the state’s 13 dispensaries, and purchase up to an ounce of cannabis, five grams of concentrates, or 10 packages of edibles with up to 100 mg of THC. (Baked goods like cookies and brownies aren’t currently available, but lozenges and gummies are.) You don’t have to be a New Jersey resident to purchase, but be careful — it’s a federal offense to cross state lines with weed.

Here, a quick guide to where to purchase pot in the Garden State:

These sleek dispensaries look like boutique hotel lobbies and until Thursday sold flower, tinctures, lozenges, and more to medical users only.

This location is offering adult-use shopping by appointment only to buy edibles, vapes, topicals, and other products, while medical patients can continue to show up without appointments.

People over 21 can buy up to an ounce of cannabis products per day from these South Jersey retailers.

With a color motif of deep blue with gold accents, these locations are advertising 3.5-gram and 7-gram packages of a few different weed strains, with vapes coming soon.

Tinctures, topicals, pre-rolls and more are available at this dispensary, which has locations in 18 states.

Rise has a touch-screen kiosk for orders and offers a loyalty program to earn points towards future purchases.