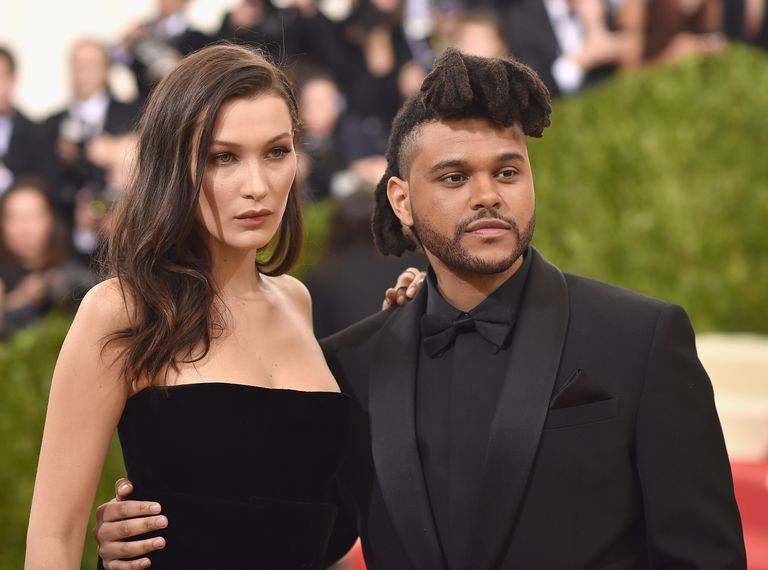 In case you haven’t heard, Bella Hadid and The Weeknd have been getting *awfully* cozy abroad lately, fueling the rumors that they’re back together. First, they were caught kissing in Cannes (which sounds like an amazing name for a rom com). Then, they were seen on a romantic date in Paris, you know, the most romantic city in the world.

Then, they basically went Instagram official when The Weeknd shared a photo of a pair of hands that were definitely Bellas. Like, 100 percent. The manicure was the exact same.

So, that brings us to this moment, a moment in which Bella and The Weeknd were seen, walking literally arm in arm through the streets of Paris together, looking longingly into each other’s eyes.

Lookin’ pretty coupled up to me! I mean, how often do *you* walk arm in arm with a person who is not your significant other? Especially after you were caught making out with that person a mere three weeks before. Yeah, NEVER. That’s what I thought.

If you recall, these two split in 2016, and then The Weeknd dated Selena Gomez for a while. Then they broke up, and Selena got back together with Justin Bieber for a hot minute. Then, last November, The Weeknd was spotted leaving Bella’s NYC apartment, which made people think they were at least friendly again.

Fast forward to May, they’re making out in Cannes, as normal people do, and now, even more proof. Young love, am I right?