WARNING: Game of Thrones spoilers ahead.

Drake might’ve won the award for best acceptance speech at the Billboard Music Awards last night after giving a shoutout to Game of Thrones hero Arya Stark. After the rapper took the title for Top Billboard 200 Album with his latest LP, Scorpion, he concluded his thank yous with a reference to the young, ruthless onscreen assassin who killed the Night King in the Battle of Winterfell in this week’s episode.

“Shoutout to Arya Stark for putting in that work last week,” Drizzy said before taking off. Game of Thrones fans praised the surprising and well-deserved shoutout, but some people pointed out that Drake’s reference could be a double-edged sword.

To put it simply, the said curse is a superstitious phenomenon in sports where being supported by the rapper (or even so much as interacting with him) will result in that person’s or team’s loss.

For example, when Drake attended the playoff hockey game between the Toronto Maple Leafs (his hometown’s team) and the Boston Bruins last month, Toronto lost. There was even a recent string of European football teams that lost after their players took a photo with Drake or went to one of his shows, according to CNN. The list goes on. 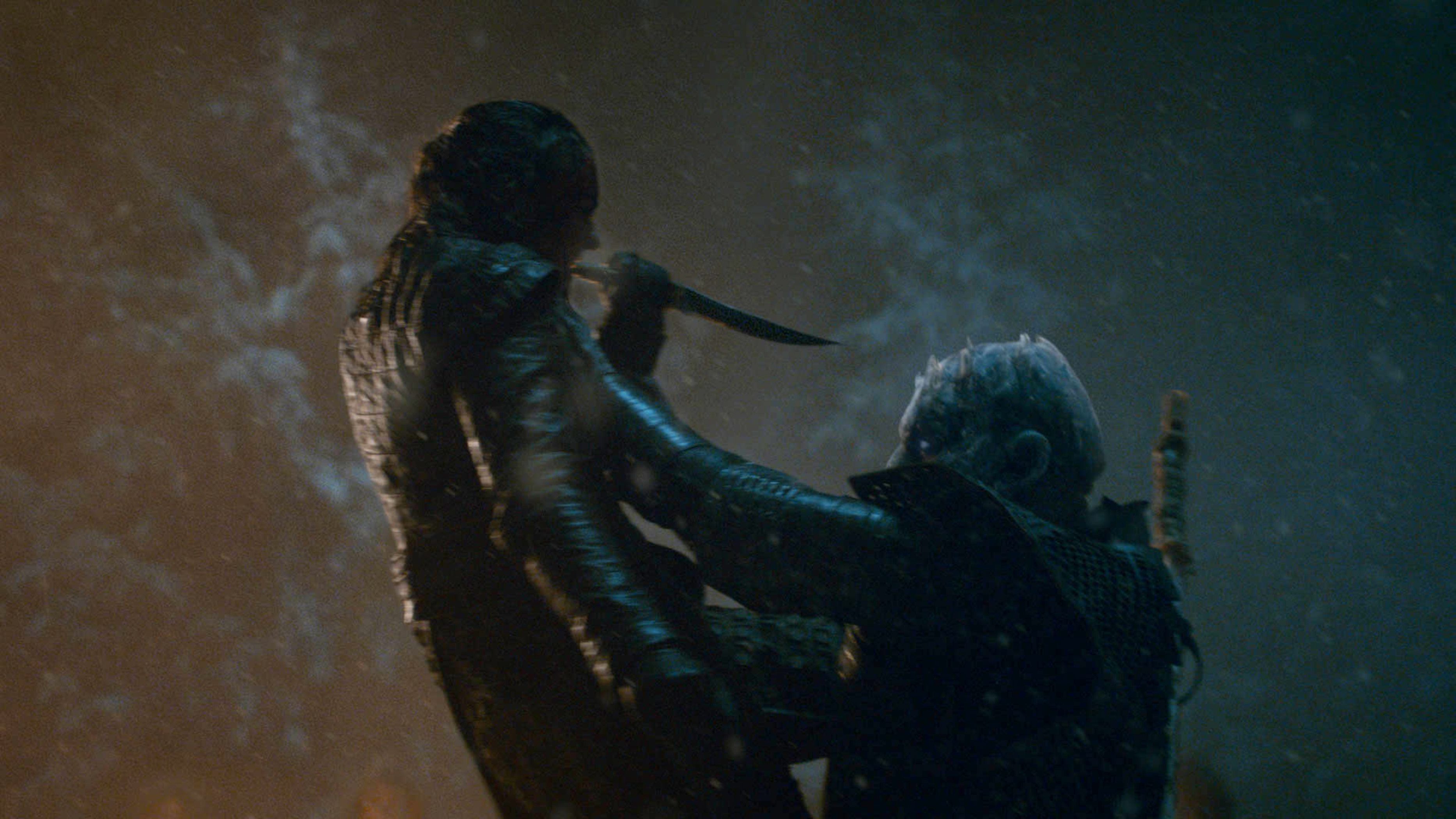 With that in mind, it comes as no surprise that GoT fans are being extra protective of Arya after Drake’s name-dropping. They spoke out on Twitter:

It’s unclear if Drizzy’s curse also applies to fictional characters, but we’ll probably find out when Game of Thrones returns to HBO this Sunday at 9 P.M. ET.