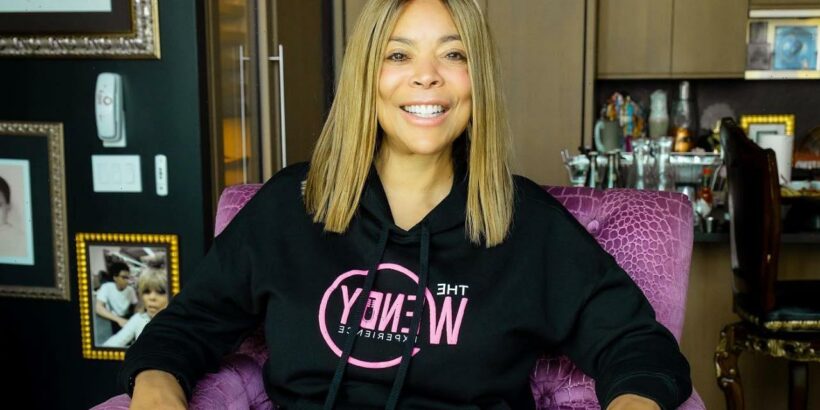 The sighting comes a few days after the former TV daytime queen declared she’s ready for love again and that she prefers to be with someone who’s ’20 years younger’ than her.

AceShowbiz -Has Wendy Williams found herself a new man? The former TV daytime queen was snapped linking her arm with a young man as the two walked away from her New York City apartment building.

In photos surfacing online, the media personality looked in good spirits as she and her male companion exited her apartment on Tuesday, November 29. The 58-year-old star donned a green bomber jacket which she paired with black leggings and her furry white boots. She left the outerwear partially unzipped, leaving it open to expose her chest, which was covered by her long brown hair.

Wendy completed her look with a green leather purse. Her hair was styled in the middle part and it stretched beyond her waistline. The former “The Wendy Williams Show” host also wore a full face of makeup with bright red lipstick.

The man, for his part, sported a black crew neck top, charcoal-colored distressed jeans and a navy blue coat. He also had a gold chain around his neck and walked in white sneakers with black shoelaces.

The outing came a few days after Wendy revealed she’s ready for love again, following her 2020 divorce from Kevin Hunter. Wendy made the admission during a live interview with 107.5 “Circle of Sisters”.

During the candid chat, Wendy detailed her ideal type of man. “I want him to already have kids. I want him to be someplace around my age, maybe 20 years younger than me, and maybe 15 years older than me,” so she divulged, “You know what I mean? And then we’ll be able to do things together.”

Prior to the radio interview, Wendy checked into rehab for alcohol. She returned home on October 18. Announcing the news was her publicist Shawn Zanotti. “We are happy to report that Wendy Williams is home and healing after being in a wellness facility since August,” said Shawn. “She wants to say, ‘thank you to my fans for your love, support and many prayers.’ “

Despite completing her rehab stint, Wendy’s brother Tommy Williams said he believes his sister is still surrounded by “evil-doers.” Tommy then revealed that she’s been out of touch with her family, including her elderly father.

“He’s 92 in February, and he’s in great shape, but she’s really missing out,” Tommy told The Sun on November 28. “It is more painful because this is the month of our mother’s passing, and now she hasn’t progressed with her relationship with her father. I can’t understand it,” he continued, before stressing, “It’s really Wendy’s loss.”