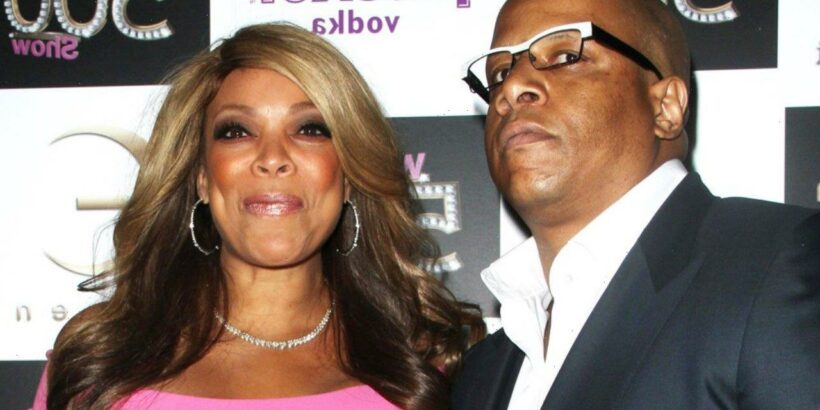 The daytime diva’s ex-husband is spotted at the airport with his current girlfriend Sharina Hudson, who was accused of playing a role in their divorce, while she remains hospitalized for psych issues in New York.

AceShowbiz –Wendy Williams‘ ex-husband Kevin Hunter was out and about with Sharina Hudson. While the TV hostess remains hospitalized for her mental health issues, her former spouse was spotted at the airport with his current girlfriend Sharina Hudson, who was accused of playing a role in their divorce.

On Tuesday, September 21, Kevin shared a photo of him and Sharina on his Instagram Story. In it, he flaunted his diamond grill as the lovebirds smiled at the camera while waiting to board their flight to celebrate his 49th birthday. “Infamous,” he captioned the snapshot. 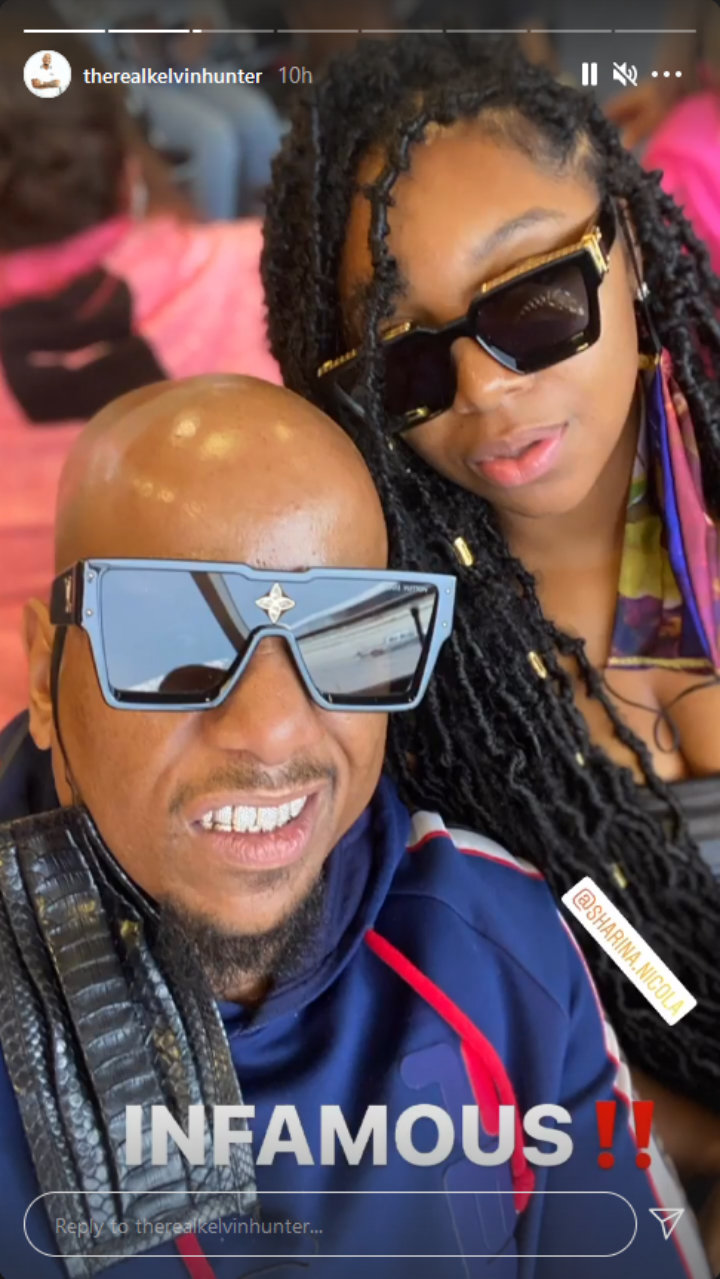 Kevin Hunter posted photo of him and Sharina Hudson at an airport.

Prior to his Instagram Story post, Kevin faced backlash after he appeared to shade Wendy in a cryptic message. “Bday vibes ALL WEEK‼️..so THANKFUL to the MOST HIGH ‘GOD’ for ALL BLESSINGS…I tried to tell ‘EM ..HEALTH IS WEALTH ..not MONEY‼️..GOD said ‘They’ll LEARN’‼️‼️‼️HAVE A BLESSED DAY,” he wrote alongside a photo of him wearing large sunglasses and a black face mask.

Shortly after Kevin shared the snap, Wendy’s fans rushed to the comments section to slam the TV producer for seemingly throwing shade at Wendy. Many of them believed his comments about health were a direct attack at the 57-year-old daytime diva, who was recently hospitalized for psychiatric issues. “TASTELESS AS HELL,” one Instagram user commented, while another wrote, “Karma is sharpening her nails for you sir be careful kicking people when they’re down.”

“Classless and full of thirst…. may Wendy have a speedy recovery cuz there’s people out here named kelvin praying and waiting for her downfall,” a third chimed in. In the meantime, a different social media user stated, “And the fact that you would say this knowing what Wendy is going through is not of God! So don’t bring God into this! Devil I rebuke you!”

Wendy and Kevin were married in 1997. Then in 2019, Wendy slapped her ex-husband with divorce papers after he divulged that he had fathered a child with another woman, allegedly Sharina. Since their split, Kevin, who shares 20-year-old son Kevin Jr. with Wendy, has been living with his alleged longtime mistress and their 2-year-old daughter Journey.

Wendy was reportedly rushed to the hospital on September 15 for “psychiatric services.” Later that day, the official Instagram account of her talk show “The Wendy Williams Show” revealed that the TV personality contracted COVID-19.

After being taken to the hospital, Wendy was reportedly in a “difficult time.” A source claimed that the TV hostess was dealing with loneliness. The informant shared, “It has been a very difficult time for Wendy. She’s a single woman with very few friends. She lost her marriage, her mom, and is living alone.”

As for now, her brother Tommy Williams said that she’s getting better. According to him, the “[email protected]” host, who postponed her promotional events due to “ongoing health issues,” is currently “doing well” and in “stable” condition. He explained, “She’s doing well. Stable. I’ve spoken with her, and we’re hanging in there. She’s hanging in there. We’re praying. She’s fighting.”