“Doesn’t Look Like Anything To Leigh … And Bill” is HuffPost’s weekly recap where we look at the craziest thing you may have missed on “Westworld.” This week: Season 2, Episode 1, “Journey Into Night.”

When “Westworld” brought itself back online Sunday night, we immediately stopped and shouted, “Whoa, baby!”

Namely because of the title sequence for Season 2, which is reminiscent of Season 1′s layout with a few new additions ― including a baby.

To get the inside scoop, we talked to the creative director behind the titles, Patrick Clair. But first, let’s discuss a popular and relevant “Westworld” theory:

The next step in the hosts’ evolution is, well, robot babies. 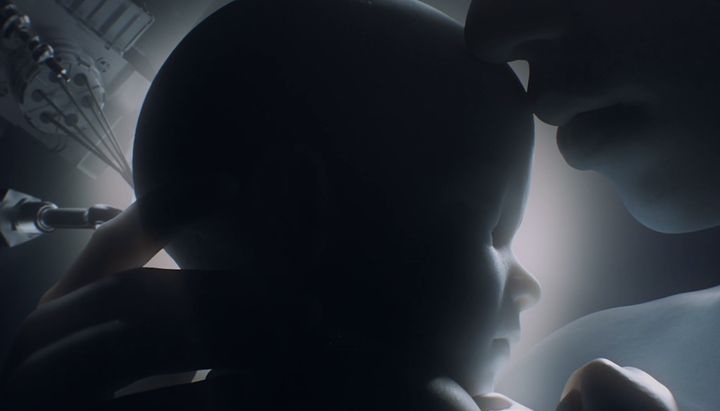 A “Westworld” fan theory that’s been around since the first season supposes that androids could eventually make babies ― children we’ll affectionately refer to as robotots.

“Robot babies?!” was Luke Hemsworth’s reaction when we spoke to him about the opening credits this month. The actor, who plays security officer Ashley Stubbs on “Westworld,” said he saw the Season 2 premiere for the first time in Los Angeles on Monday and insisted he didn’t remember the “little robot babies.”

Well, Stubbs, we’re here to fill you in.

Robot reproduction makes a whole lot of sense, and it could be the next logical step in the androids’ quest to become the superior race. There was even speculation in Season 1 that procreation was the final step of the ever-confusing maze. After all, there’s a little dot under the figure in the maze drawing (conveniently located on a scalp below). Could it possibly represent new life? 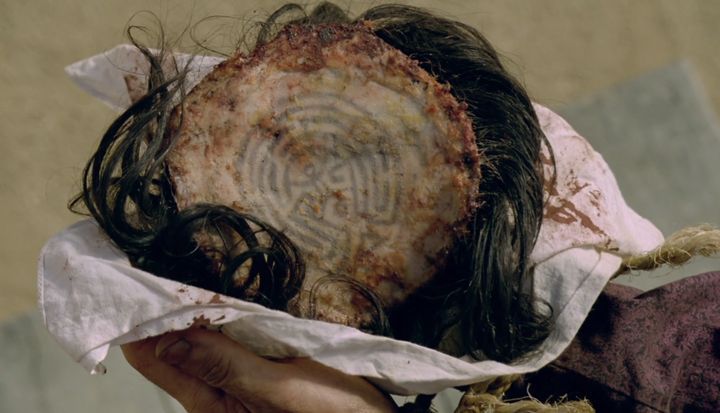 The reproduction angle didn’t happen in Season 1, and the maze turned out to be about the robots finding true consciousness, but there are subtle hints that it’s still a lingering possibility.

For example, one of the Season 2 trailers used Nirvana’s “Heart-Shaped Box” as a backing track ― you know, the song from their album “In Utero.” If that doesn’t scream robotots, what does?

Furthermore: those title sequences we were talking about. In the latest season premiere, we get a glimpse of a mother and child in the opening credits. The vignette replaced Season 1′s scene of two robot lovers.

The sequence’s designer, Clair, didn’t outright confirm robotots are on the way, but he did say the titles might hint at what’s to come. While reflecting on the mother and child scene, Clair told us, “What really affected me most watching Season 1 was the bond between parent and child, and mother and baby, and I think led us to be like, what could we do that has the emotional resonance of the lovers but goes in a new direction of where the story has been, where the story is going?”

“I think there will be some real rewards for people as the season plays out,” he added. “They’ll start to really be able to realize what that means and its place within the titles.”

At least Hemsworth is into the idea.

Though he missed the baby in the opening sequence, he told HuffPost, “Would I be surprised if something like that happens? It’s an interesting direction, for sure,” he laughed, continuing, “It’s very scary but I think it’s on par with the innovation of the show. Whether we see anything like that anytime soon, I don’t know. Once robots can have babies, I think the outlook for the human race is probably pretty bleak.”

All we’re saying is: why not? There are so many advantages. You can put your baby in sleep mode whenever you want, and they probably have a Wifi connection. Who wouldn’t want a hot spot in their robotot?

While we’re waiting for more on that possible reveal, Clair was also kind enough to walk us through the other additions to the updated opening credits.

The buffalo hints at the theme.

On the falling buffalo, Clair said, “This was how buffalo or bison could be hunted back in time where they could kind of be cajoled into diving off cliffs, and you have this tragic moment of them falling to their deaths. [It’s] tragic for the beast, but obviously they’re generating food and feeding the circle of life, and I think for us, that became an interesting theme because so much of the ‘Westworld’ titles are about the circle of life.” 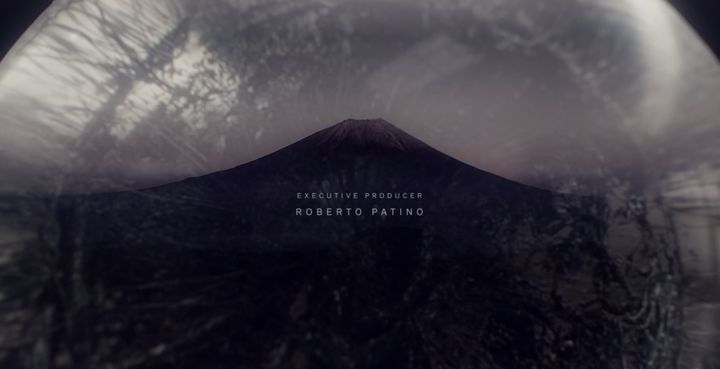 ″[In the first season], we use the iris of the hosts … to reflect the landscapes, so when we were looking for something that could do the same thing as the iris you kind of realize there’s this quite beautiful object ― we call it the pearl. It’s the brain of the host, so we sort of went about imagining how that could look in extreme close up.”

He told us the idea was “visualizing neural networks like the ones search engines use, like the ones that image recognition uses, and then imagine how that could work in a more complicated three-dimensional space.”

The hat is sinking. The hosts are rising. 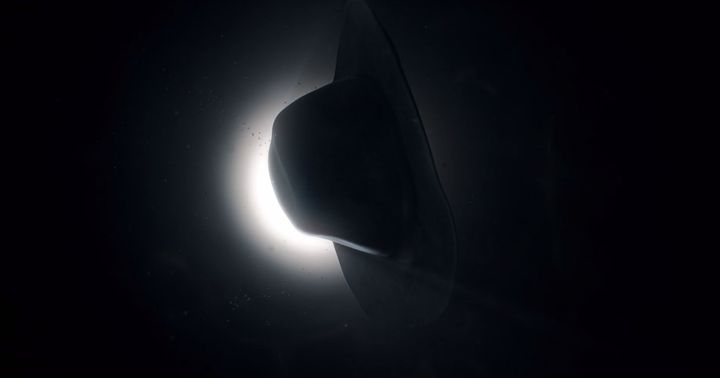 Season 1 titles end with a host sinking back into liquid. Clair wanted to insinuate a sense of progression in Season 2′s opening, so he based the image of the host on photographs looking up from water into the sky. 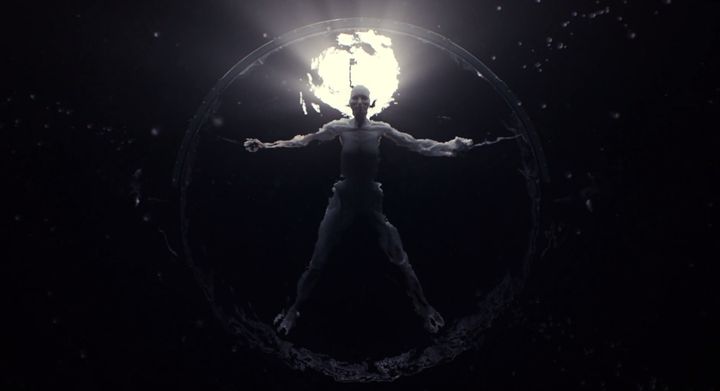 “We got this imagery of this mysterious black hat drifting into the abyss while the host is actually emerging from this dark liquid. Having that host be a female host … there are so many empowered characters from Season 1. [There] are amazing badass female robots, so this felt like a slightly more empowered way to kick off the episodes of Season 2.”

The mother and child are the perfect setup. 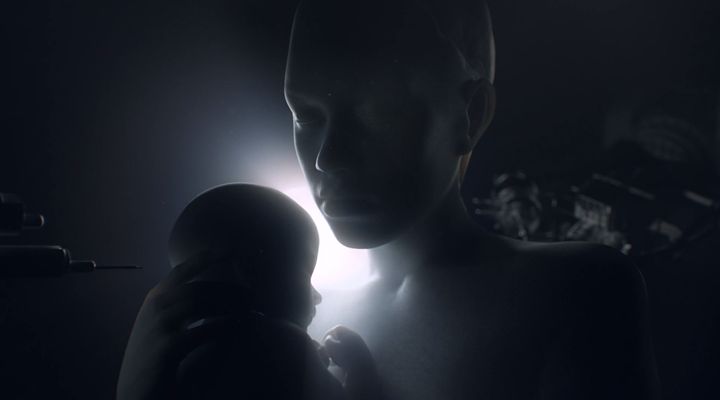 The image of the baby was a personal experience for Clair, who has a 5-year-old son of his own.

“Realizing that you’re bringing this very sacred thing into the world, bringing a mind into the world, that’s everything that ‘Westworld’ is about. It’s about the sacred mysterious responsibilities of giving rise to conscious minds. It’s something that all of us have experience of from a child’s perspective, and so many of us have experience from a parent’s perspective, and I think any imagery there can kind of evoke that from the start of this story is a good kind of setup for where it’s gonna go.”

If you find yourself unsettled by the figures, that’s on purpose.

To create the figures of the lovers and the mother and child, the design team started with anatomical models and then peeled back layers until they are “deeply grotesque.” Those parts of the characters remain in the shadows.

“Being very careful with the light, hopefully, you don’t see that, but you get a sense of that there. Maybe one day we’ll show everyone what it looks like if you actually turn the lights on in that room.”