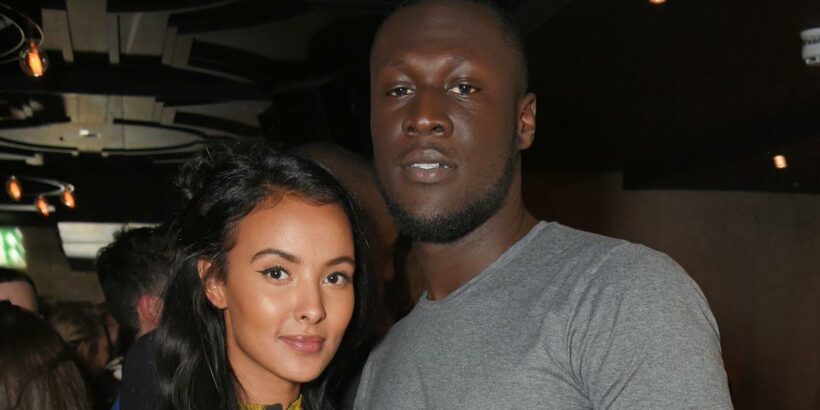 After reports that Stormzy and Maya Jama were giving things another go following their break up three years ago, fans were over the moon at the supposed reunion.

The former couple were spotted together at the GQ Men of the Year 2022 celebration in London on Wednesday evening, where they were said to be reuniting at the party.

However, Maya Jama has since denied these rumours, confirming that the couple are not back together, but remain good friends. She also said she was "very much single".

But what happened between them that forced the sudden breakup? OK! looks back on their relationship.

The pair first met in October 2014, before they started dating in January 2015, with Stormzy's music career just taking off.

At the time, Stormzy had achieved underground success as a rapper while Maya was also making a name for herself as an aspiring TV presenter, working for the likes of MTV.

Stormzy wrote a song about Maya for her 22nd birthday in 2016. The track, titled 'Birthday Girl', featured the lyrics, "A little kiss and a happy birthday text, with you runnin’ ’round in your birthday dress, so forget all the birthday stress, you’re the birthday queen."

As well as this, Maya appeared in Stormzy's music video for his massive track 'Big For Your Boots' in 2017, before the pair bought a home together in March 2018.

Complete with an open-plan kitchen and large garden, it seemed the perfect place for a young couple to start a new life together – and get a pet dog which they did, welcoming Enzo into their small family.

With their relationship going from strength to strength, Stormzy hinted that marriage was on the cards for the couple, telling the Sunday Mirror in 2018: "I’m still so young but I want to propose, it’s going to happen and I will do it right. She is so sick, she is the best."

The pair shocked fans with announcement that they had separated in August 2019, after which rumours about Stormzy's fidelity began circulating.

In an interview on Charlamagne tha God's YouTube channel in January 2020, the grime artist was asked directly if he had been unfaithful to Maya.

"So we had broken up and I was out publicly being a rapper, being very inconsiderate to the fact that I've just come out of the most public relationship.

"We'd broken up and I went out and I acted disrespectfully. I was just out in clubs. I knew the world still thought I was in a relationship and I was out looking like I didn't give a f**k."

While Stormzy says he didn't didn't cheat on Maya, he added: "It didn't need to be cheating for it to be a disrespect."

Charlamagne then put it to him, "you definitely still love her", to which Stomrzy answered: "Yeah, definitely, with all my heart."

Describing their break-up, which inspired his song 'Lessons,' Stormzy continued: "We broke up for different reasons, it wasn't quite working.

"We broke up and within a certain amount of time I was out in the club being stupid and reckless and I publicly humiliated and embarrassed her."