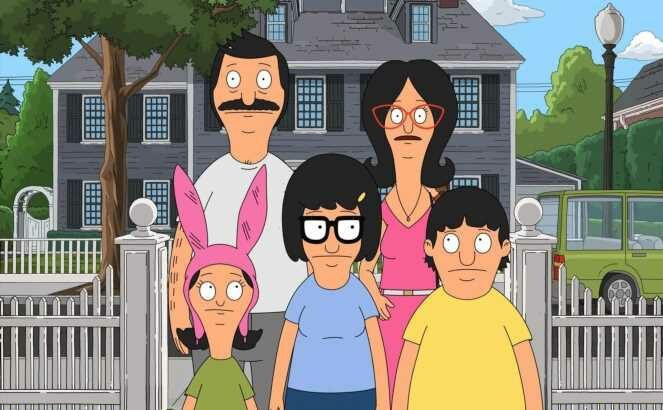 It’s a big month for films and shows both old and new on Hulu. At month’s end you’ll get a chance to watch one of the best series of recent years in full, but there’s plenty to catch along the way, including the small-screen premiere of a beloved TV show’s first big-screen outing and a look at the dark side of a lingerie company. And kick-ass princesses? July on Hulu has that too, starting from day one.

Watch all of these shows and movies on Hulu for free with a free trial to Hulu, which you can get here. Your subscription continues for as little as $6.99/month (or $69.99/year) after your free trial ends.

Joey King (The Kissing Booth) stars in a movie that looks less interested in fracturing fairy tales than pulverizing them. King plays a princess who, rather than marry the jerk to whom she’s betrothed, decides to kick ass instead.

RS Recommends: From Deals to Dates, Here's What to Know About Amazon Prime Day

The first and, to date, only season of this Ryan Murphy series recounts the troubled production of Whatever Happened to Baby Jane?, a 1962 thriller that paired long-time rivals Joan Crawford and Bette Davis as co-stars. Jessica Lange and Susan Sarandon star as, respectively, Crawford and Davis. Though it aired on FX in 2017, the series is just now making its streaming debut, so now’s your chance to catch up.

Romance and the supernatural collide in this new comedy about a psychic named Maggie (Rebecca Rittenhouse) whose gifts complicate her love life. Originally created for ABC, the series is making its debut on Hulu instead. Did anyone see that coming?

This feature-length film finds the Belcher family dealing with troubles both familiar and new as they struggle to make ends meet while dealing with a sinkhole that may hold some hidden secrets. The cast of the beloved show reprise their roles (as if anyone else could) for a tune-filled story with a murder mystery at its heart.

Returning for a third season, this animated series finds a group of aliens attempting to navigate life on Earth. Created by a pair of Rick and Morty veterans, it finds a middle ground between that series’ heady exercises and the classic family sitcoms.

What We Do in the Shadows: Season 4 Premiere (July 13)

It’s always great when What We Do in the Shadows returns for another season but this season is a little bit more exciting than usual. When last we saw our gang of vampires (and one familiar), several had gone their separate ways and one had died then seemingly been reborn. Where does the show go from here? If past seasons are any indication, nowhere expected.

With its glamorous image and supermodel-filled marketing campaigns, Victoria’s Secret once dominated the lingerie market. But the company and former CEO Les Wexner, an associate of Jeffrey Epstein, had a dark underside, one this new documentary series investigates.

When mysterious killings strike a small 19th century village could werewolves actually be at fault? The answer, in this horror film directed by Sean Ellis (Cashback) and starring Kelly Reilly and Boyd Holbrook, is yes. But there’s a bit more to the story, of course.

If you’ve never seen this FX drama, which ran for six seasons between 2013 and 2018, you might want to carve out the weekend for a binge. Keri Russell and Matthew Rhys play a seemingly average 1980s couple whose travel agency jobs and nice suburban home serve as fronts for their work as Soviet spies. Come for the intense performances and twisted loyalties, stay for some of the most amazing wigs ever to appear on television.

In this darkly comic Finnish film, a girl finds an egg and brings it home to her picture-perfect family. The unexpected results better left unspoiled (but anyone wanting to see some creepy puppets should definitely give it a look).