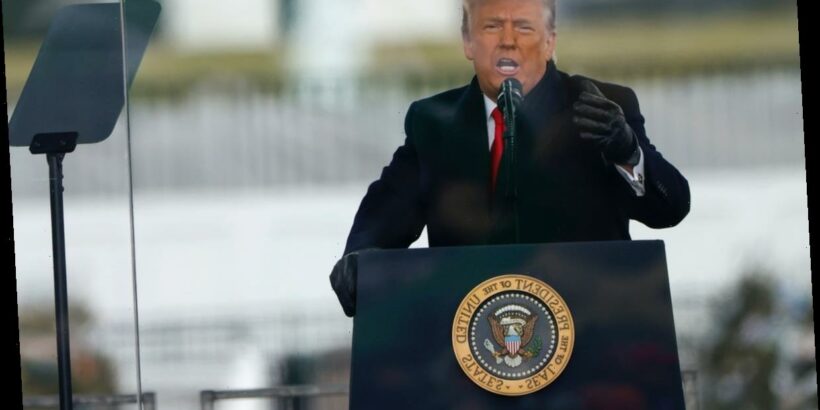 Here it comes: On Jan. 11, a mere five days after the unprecedented riot at the U.S. Capitol, House Democrats introduced a new article of impeachment against President Donald Trump. If it comes to a vote, it would potentially make Trump the first ever president to be impeached twice. The White House did not respond to a request for comment regarding the article of impeachment and its charges. But a second impeachment look pretty likely to happen — particularly given the blistering charge included in the new article.

The four-page article, co-sponsored by more than 200 Democrats, charged the president with “incitement of insurrection” over his actions ahead of the Capitol riot on Wednesday, Jan. 6. That day, the president held a rally at the same time that Congress was in the normally boring process of confirming the 2020 electoral victory of President-elect Joe Biden, who will take office on Jan. 20. At the rally, Trump told supporters, “If you don’t fight like hell, you’re not going to have a country anymore,” reiterated baseless claims of election fraud, and told them to go to the U.S. Capitol to "cheer on" challenges to the election. Following the rally, a pro-Trump mob stormed the Capitol building, forcing lawmakers and staff to evacuate the legislative chambers or shelter in place. Five people died during the riot. The White House did not previously respond to Elite Daily’s request for comment on the riot and Trump’s role in inciting it.

“President Trump gravely endangered the security of the United States and its institutions of Government,” the article of impeachment reads. “He threatened the integrity of the democratic system, interfered with the peaceful transition of power, and imperiled a coequal branch of Government. He thereby betrayed his trust as President, to the manifest injury of the people of the United States.”

With barely two weeks left of his term, Trump’s instigation of the violence has spurred calls to remove him from office using either the 25th Amendment or impeachment. Democrats have called on Vice President Mike Pence to use his power under the 25th Amendment to declare Trump unable to carry out his presidential duties and remove him from office. Should Pence refuse, Democrats plan to move forward with a House vote on the article of impeachment on Tuesday, Jan. 12. It’s likely to be successful. In a Jan. 11 tweet, Rep. David Cicilline of Rhode Island announced that Democrats had secured the votes to impeach. Several House Republicans have also reportedly indicated their willingness to remove Trump from office, per CNN. What would happen in the following Senate trial on whether to convict Trump is less certain, although some Republican senators have publicly called on Trump to resign.

Trump was previously impeached by the House in December of 2019 on charges of abuse of power and obstruction of justice. The subsequent Senate trial ended in February 2020 with his acquittal along mostly party lines. At the time, Sen. Mitt Romney of Utah was the only Republican to vote to convict, on one charge of abuse of power.