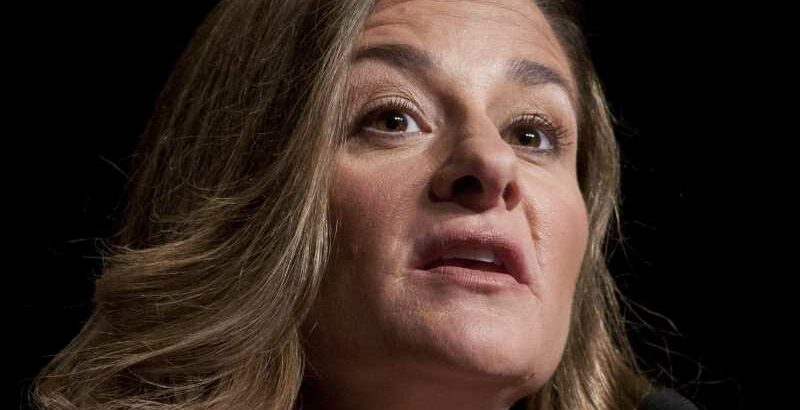 The announcement that Melinda and Bill Gates were divorcing came as a shock to much of the world. However, it seemed the split had been months in the making, and she’d created a plan to avoid the media when the announcement emerged.

The couple released the announcement regarding their divorce on May 3 via Twitter. They were married for 27 years and raised three children together. Daughter Jennifer attends the Icahn School of Medicine, having previously graduated from Stanford, and son Rory is believed to be a student at the University of Chicago. Bill and Melinda’s youngest child, daughter Phoebe, is apparently planning to attend Stanford.

There is a lot at stake with the Gates’ divorce. Combined, they are worth upwards of $175 billion and they developed the nonprofit Bill & Melinda Gates Foundation together. They reportedly do not have a prenuptial agreement. According to Bloomberg, a holding company created by Bill named Cascade Investment transferred more than $1.8 billion to Melinda just a day after the divorce announcement was made. The transfer consisted of nearly 3 million shares of AutoNation Inc., along with 14.1 million shares of Canadian National Railway Co.

This seemed to signal that preparations for this split had been quietly taking place for some time prior to the announcement to the public.

Melinda Gates had a plan to protect her family

According to TMZ, Melinda Gates orchestrated a way to keep herself and her closest loved ones away from media scrutiny during the initial time frame for the divorce announcement. Apparently, Melinda and her estranged husband Bill Gates intended to announce the divorce in March. In anticipation of that, Melinda had reserved an entire island in Grenada.

Melinda and her kids planned to spend some time on Calivigny Island, and everybody’s significant others were invited as well. However, Bill was not on the invite list. The luxurious island reportedly costs $132,000 per night, a price Melinda felt was worth the privacy her family would receive.

As for Bill, an insider told TMZ that the family was angry with him and that the split with Melinda was not a friendly one. It seems the couple’s kids sided with Melinda, and they were well-aware the divorce was in the works. The reason for heading to the island was to ensure the media couldn’t get a hold of any of them in search of juicy commentary on the split.

Unfortunately, lawyers were reportedly still working on dividing the couple’s assets when the trip was initially slated to take place. Even though the divorce announcement was kept under wraps until May 3, Melinda and her kids went to Calivigny Island anyway. Bill did not join the rest of the family on the private getaway.