Since he was drafted into the NFL by the Dallas Cowboys in 2016 and named the starting quarterback, Dak Prescott has tried to keep his private life under wraps. But his love life made headlines in April 2020 when police were called to his home during a party for his then-rumored girlfriend, Natalie Buffett. Now, their relationship is a rumor no more.

Here’s more on Buffet and when the pair let the cat out of the bag that they were dating. 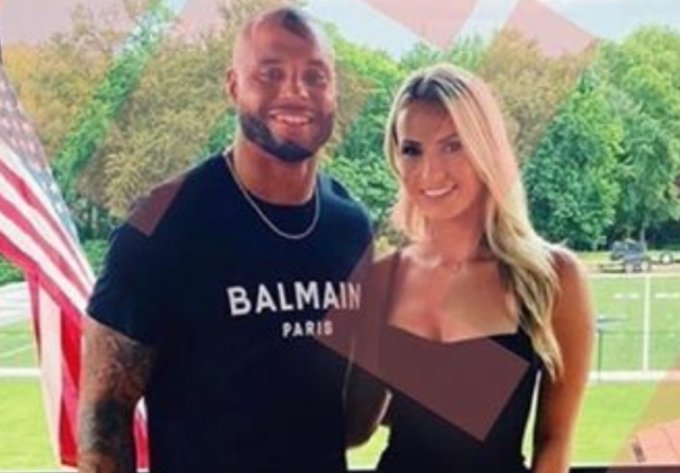 Prescott was said to be having a celebration for Buffet’s 23rd birthday after the State of Texas implemented a “safer-at-home” lockdown order due to the coronavirus (COVID-19) pandemic.

The NFL star later shot down the report that 30 guests were in attendance.

“I understand and accept that there are additional responsibilities and media scrutiny that come with being an NFL quarterback, but it is very frustrating and disappointing when people provide completely inaccurate information from anonymous sources, especially now,” Prescott said, per The Dallas Morning News. “To set the record straight — I know that we all need to do our best to socially distance and like everyone else, I am continuing to adjust to what that requires, but the truth is that I was with fewer than 10 people for a home dinner — not a party.”

When Buffett and Prescott made their relationship official

Although they were rumored to be seeing each other for months, Buffet and Prescott never confirmed their relationship until one social media post in July.

Egotastic Sports noted that Buffett made their relationship Instagram official by posting a photo of the two together on Prescott’s 27th birthday.

She wrote, “Happy birthday babe” with a heart emoji. The athlete then replied back: “My Girl!!! Thank you” with a matching heart emoji.

Buffet is a social media influencer and Instagram model

In 2019, COED.com featured Buffet as “COED Girl Of The Day” and described her as not only an Instagram model but also a social media influencer. She has since made her account, with more than 19,000 followers, private.

Prescott was previously linked to a few other Instagram models including Lauren Holly and Ireland Borba.

In January 2017, he was asked during Inside the Huddle about having a girlfriend and said, “Women need a lot of time. My time is focused on football right now. My first love.”

But later that year, he began seeing another model named Yasmine Lee. Their relationship gained attention when the signal caller said that he would not have sex with her until after the season when the Cowboys were mathematically eliminated from the playoffs. The team did not reach the postseason that year and were eliminated from playoff contention before the regular season ended.