Adrienne Bailon has had some very public relationships and breakups and she’s been candid about her journey to finding her true love on her talk show, The Real. 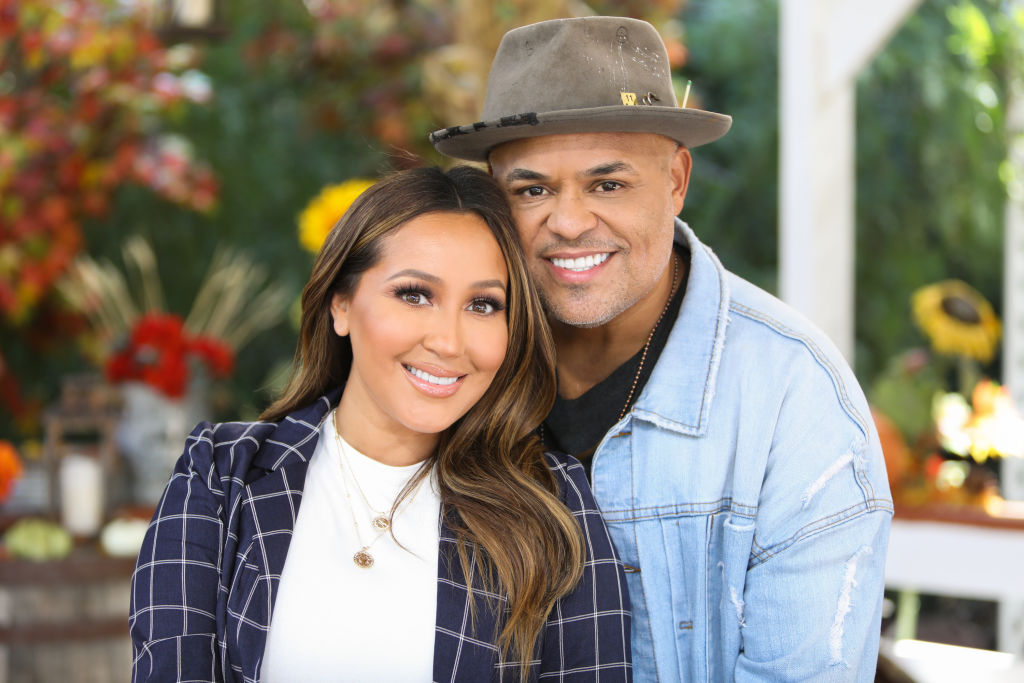 The former Cheetah Girl once dated Rob Kardashian. She was also engaged to her longtime boyfriend, Lenny Santiago, before making the difficult to end their engagement. But just months after the heartache with Santiago, she began dating her now-husband, Israel Houghton.

Like Bailon, Houghton is a singer and music producer.

Who is Israel Houghton?

Houghton inherited his mother’s musical talents. His mother was a concert pianist who became pregnant with Houghton as a teenager, making for a difficult upbringing. According to an interview with Christian Broadcasting Network, his parents were of mixed race and his mother battled substance abuse.

Houghton’s mother was able to rid her life of drugs and turned her life over to the Christian church when Houghton was a young boy. Houghton found solace in music and in the Church, singing and playing music.

See this smile? It’s probably because I’m in Kingston Jamaica tonight with my @israelnewbreed family! ?? Truly this is the day that the Lord has made and I will rejoice and be glad (with a proper smile Mon) in it! #WorshipAnywhere

Houghton toured the west coast throughout California and Arizona, playing and singing for different churches. He formed his own group, Israel & New Breed, before going mainstream as a gospel act.

His first major success came in 2003 when he produced an album by Michael Gungor, Bigger Than My Imagination. The album was lauded as “one of the year’s best worship albums” in a 2004 Christianity Today review.

Houghton’s continued to produce for other gospel acts and has also had success with his own albums. He’s won six Grammy Awards – three for Best Pop/Contemporary Gospel Album and one for Best Traditional Gospel Album for Alive In South Africa.

Bailon and Houghton began dating in 2016 – a few months after her breakup from Santiago. They met years earlier while working on the faith-based film, In Love With A Church Girl, which Houghton produced and Bailon starred in. They became reacquainted when they moved into the same apartment complex.

‘TIS THE SEASON … ? With the beauty of my life at @beautyandessexnyc ✨ #HolidayFamilyDinner #LaFamilia

Bailon admitted on The Real that she became interested in dating Houghton after trying and failing to set her up with one of her friends. When her friend asked why Bailon was not dating him, she took that as a sign. They kept their relationship under wraps until paparazzi caught them on vacation in Mexico.

They were the subject of much criticism at the beginning of their relationship as Houghton was known to be legally married to his wife of 20-years. Once it was leaked that they were dating, Houghton released a statement defending his relationship with Bailon and clearing up the timeline of their relationship, insisting he and his wife were divorced before they began dating. Bailon also admitted that she “investigated” Houghton’s divorce on her own before moving forward.

Houghton proposed to Bailon after a six-month courtship while on vacation in Paris. She announced the engagement on Instagram with a video of her showing off the ring in front of the Eiffel Tower with the caption, “You. Me. Oui.”

They married in November 2011 in a Parisian ceremony in front of 70 of their closest family and friends at the Hotel Plaza Athénéel.

“I genuinely just feel so blessed and grateful. I’ve honestly never been happier in my entire life,” Bailon told PEOPLE. “I’ve never felt what I feel right now. I can’t even describe what it is, but it’s such a peace mixed with total excitement.”

11/11 – The best day of my life! Best decision I’ve ever made was 2 years ago today! Loving you & being loved by you has inspired me & given me the courage to pursue ALL my dreams! Launching a jewelry line was one of them… named after this special day… @XIXI I love you Israel Demian Houghton. You are the love of my life. I will forever celebrate you & our love. @israelhoughton #HappilyEverHoughton

The two live in Bel Air, California. Houghton is a father to four children from two previous relationships. He and Bailon have been open about starting a family of their own, as well as sharing other marital secrets on her YouTube channel, All Things Adrienne.

Houghton has also inspired Bailon to return to her first love of music, something she’d put off for years due to music industry politics. They performed for their first time as husband and wife on The Real during the holiday season in 2016.

They also released a song together from Houghton’s album, Road to Demask Us, in 2018.