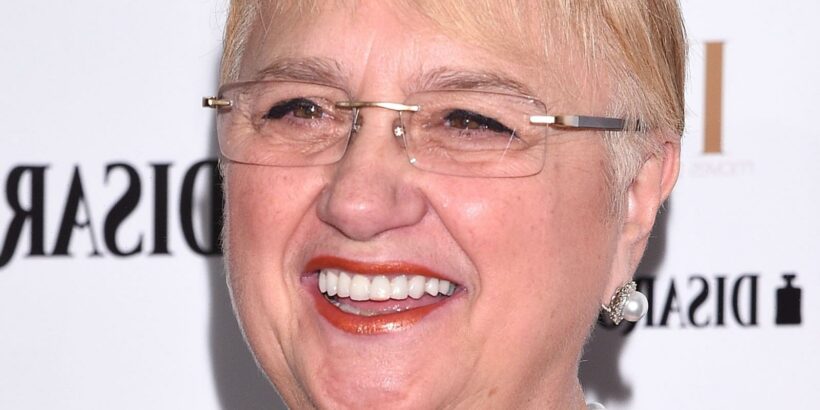 Celebrity chef and restaurateur Lidia Bastianich has been a presence on public television for the past 23 years. Her gregarious manner and delicious recipes keep viewers coming back for more as she continues to explore the delicious world of Italian cooking.

Together, she and her late husband Felice crafted from humble beginnings what would eventually become a culinary empire, and raised a family which included two children: a daughter Tanya Bastianich Manuali and son Joe Bastianich.

While their marriage did not last, their passion for food remained the cornerstone of their existence. Their work in the restaurant business laid the groundwork for what would become some of the most beloved restaurants in New York City including Felidia, a three-star restaurant in the heart of Manhattan which served Italian culinary specialties in a rustic setting, and Becco a part of Restaurant Row.

Much is known about Lidia, her children and mother, who regularly appeared on her PBS series. However not a lot has been written about Felice. Let’s take a look at the man who worked alongside Lidia as she earned her culinary stripes, eventually becoming one of the most informative and beloved Italian chefs on television.

Where did Lidia and Felice meet?

Felice was a Croatian immigrant who left his hometown around the same time as Lidia and her family emigrated to the United States. Lidia was born in the city of Pola. The Italian territory came under the control of Yugoslavia in 1947 and Lidia grew up under the Communist regime of Marshall Tito. Her family would flee to Trieste, Italy and she would spend several years at a the Risiera di San Sabba refugee camp before arriving on American shores in 1959 (per The Daily Meal).

Felice was born November 30, 1940 in Istarska, Croatia before moving to Italy with his family in the late 1950s. He was one of three siblings. Felice has a sister Yolanda and a brother, Guerino (per Celebsuburb)

Lidia and Felice met for the first time at her Sweet Sixteen party where he was a guest. They dated for three years before tying the knot.

What were Felice and Lidia's early days in the restaurant business like?

Lidia and Felice pooled their resources and opened up their first restaurant in Queens, New York named Buonavia in Forest Hills.

“We opened a restaurant, Buonavia (Good Road) in Forest Hills and I was the hostess,” Lidia explained in an interview with New York Lifestyles Magazine.

“We developed our offerings by copying the menus of some of the best Italian restaurants in New York. Then we went out and hired the best Italian-American chef we could find,” she continued.

After Tanya was born, Lidia began to train as a chef at Buonavia, learning at the hands of a master and absorbing all the information she could about running and working in a professional restaurant kitchen. Under his tutelage, Lidia was soon named assistant chef for the restaurant and worked alongside the pro in creating new dishes for their patrons.

Felice and Lidia opened up a second restaurant called Villa Secondo, which was in business at the same time as Buonavia. The popularity of the small neighborhood eateries began to draw the attention of New York food critics, who ventured to Queens to sample some of Lidia’s delicious offerings, reported New York Lifestyles Magazine.

Lidia said that it was during that time she began giving cooking demonstrations, which would give her some of her earliest on-camera training. She would later use this experience as the host of her own long-running PBS series.

The Bastianich family eventually shifted their focus to The Big Apple where they planned to open up a new restaurant. This idea came after the death of Lidia’s father Vittorio Matticchio. Lidia and Felice would sell both of their Queens restaurants and pool their resources to purchase a brownstone in Manhattan with a restaurant attached at the bottom (per Celebsuburb).

They couple opened Felidia, a combination of their two first names, in 1981.

Felidia would become a favorite among the New York restaurant crowd and would eventually be awarded a prestigious three-star rating from New York Times‘ Restaurant Critic, Ruth Reichl.

Lidia began to take her place in the spotlight while Felice stayed in the background.

In 1993, Julia Child invited Lidia to appear on an episode of her television program, Julia Child: Cooking with Master Chefs (via Toscanasic). Her appearance was so well-received that she was inspired to challenge herself in front of the camera with her own cooking show titled Lidia’s Italian Table. She was such a natural in front of the camera, this one show would eventually spin off into other popular public television programs including Lidia’s Family Table, Lidia’s Italy, Lidia’s Italy in America and Lidia’s Kitchen.

Her trademark phrase, “Tutti a tavola a mangiare!,” spoken at the end of each episode, translates to “Everyone to the table to eat!”

The couple would eventually divorce

Lidia and Felice would split as her star grew and they began to have disagreements over the pace of expanding their restaurant empire. New York Lifestyles Magazine reported that Felice gave his shares in the couple’s business to his two children upon their split.

An obituary published in The New York Times said that Felice died on December 12, 2010. It called him a loving grandfather of Olivia, Lorenzo, Miles, Ethan, and Julia. The obit said Felice was a devoted brother to Yolanda Valic and Guerino Bastianich.

Lidia would continue to grow their legacy and include members of her own family in the business. For example, she would use produce grown in the garden of her beloved mother Erminia Motika as she worked on new flavors for her restaurant, and her mother’s kitchen was also the stage setting for all four of Lidia’s most recent PBS television series.

“My mother had a big garden behind the home with a great variety of vegetables. I was able to pick totally fresh produce there and used them in developing recipes,” she explained in a quote shared by New York Lifestyles Magazine.

Lidia and Felice’s son Joe, who originally was a Wall Street banker, chose to follow in his parents’ footsteps in the restaurant industry. He would become a wine expert and was the head sommelier of the family’s restaurants, which include Felidia and Becco, with outposts in Kansas City and Pittsburgh, P.A.

“While Wall Street was certainly a valuable experience, it became clear to me early on that a career in finance was not going to be fulfilling,” said Joe to New York Lifestyles Magazine.

“I knew what the odds of success were in food and wine, but you can’t put a price on getting up every morning, happy to be going to work.”

Lidia and Felice's daughter Tanya is also in the family business

Tanya would go on to get a Ph.D. in Italian Art History and open a travel agency with her mother called Esperienze Italiane reported Toscanasic. Tanya’s husband, Corrado Manuali is the restaurant group’s chief legal counsel. Tanya is also the owner and executive producer of Tavola Productions, the company which produces all of Lidia’s shows (via New York Lifestyles Magazine). She’s also involved in the day-to-day running of the family’s restaurant empire.

Lidia and her late ex-husband began their quest to chase the American dream with a small restaurant and a lot of hope. Together they worked diligently to make that a reality. Their belief in their talents would not only lead to their longstanding professional success, but secure abundant opportunities for their children and grandchildren, as well.

Lidia returned to live in Queens after splitting from Felice and she lived in a home with her mother Erminia until her February passing. Lidia continues to surround herself with her most precious treasure, the family she and Felice created.