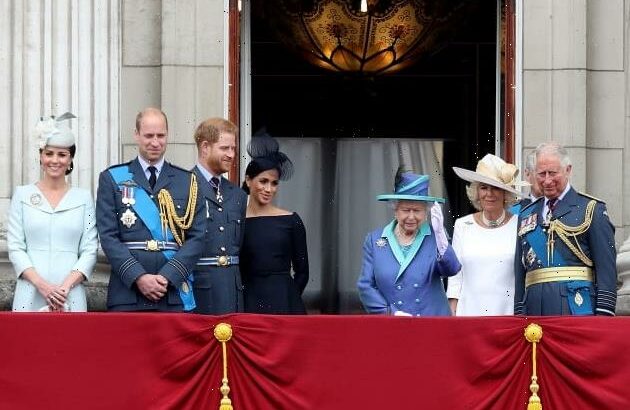 These days, when Americans talk about the British Royal Family, it’s mostly in the context of gossip about the messy interpersonal relationships among the members of the Windsor clan.

But there was a time when the royals had real power on the international stage, and the impact of some of the decisions they made is still being felt on a global scale.

These days, the Queen and company are basically a bunch of figureheads living lavish lives on the UK taxpayers’ dime.

They still perform some important functions, however, with their primary duty being to serve as their nation’s top diplomats.

Unlike elected officials or appointed ambassadors, the royals are meant to be above the political fray, a position that allows them to meet with foreign leaders and address issues of global historical importance without having to worry about the next election cycle.

It’s a relatively light load for a bunch of people who are born to lives of unimaginable wealth and privilege.

So when the royals are derelict in their duties, the public outrage is understandably rather intense.

Often, it’s the British people who demand that the royals right some historical wrong, but this week it was two hosts of The View who called on the residents of Buckingham Palace to address their predecessors’ misdeeds.

Prince William and Kate Middleton are currently on a tour of the Caribbean, and Whoopi Goldberg is among the many who believe that there’s no better time for the royals to address the UK’s history of race-related atrocities.

“We cannot ignore the fact that Britain ran roughshod over India for years,” Goldberg said on Monday.

“Let us not forget, when we talk about what needs to happen, all the folks that need to apologize.”

Goldberg went on to note that the royals have made a modicum of progress with regard to their sensitivity on these matters.

“Listen, this is not new,” the host continued.

“I suspect Charles, when he was in Barbados [in 2021] had some idea because he went on and apologized as he was releasing the hold that Britain has,” Whoopi said.

“So perhaps somebody is listening, and it’s the new group of folks – I don’t know if it’s Charles, William, but one of them is supposed to be the person.”

Co-host Sunny Hostin echoed these sentiments, pointing out that the Brits’ history of colonialism and enslavement is as old as the British Empire itself.

During a recent appearance in Jamaica, Prince William apologized on behalf of his family for the centuries of injustice that have taken place in that part of the world.

“I want to express my profound sorrow. Slavery was abhorrent. And it should never have happened,” William said during a dinner in Kingston.

“While the pain runs deep, Jamaica continues to forge its future with determination, courage and fortitude,” he continued.

“The strength and shared sense of purpose of the Jamaican people, represented in your flag and motto, celebrate an invincible spirit.”

Obviously, the royals will never be able to make amends for the many injustices that have unfolded under the aegis of the British flag.

But in apologizing and accepting responsibility, the younger generation of royals is promising to try and ensure a more equitable future.