We've come a long way since the days of Suzy Quatro turning up in Sydney with little more than her leather jacket, base guitar, amp and hairbrush. 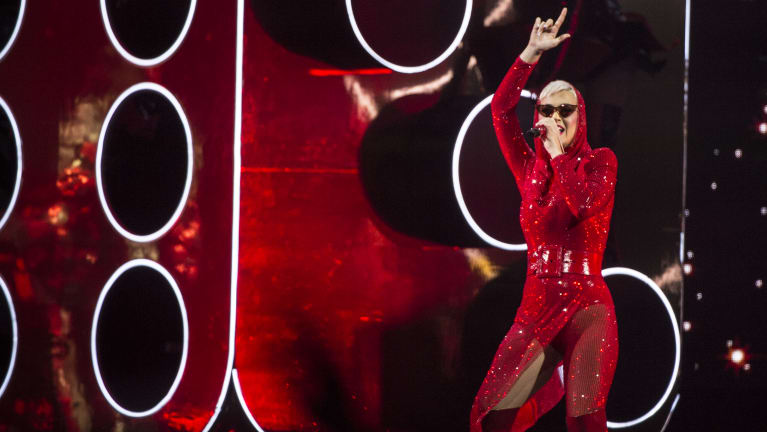 Katy Perry in Sydney on Tuesday.

Over the past few days Sydney has hosted the Holy Trinity of big-name international acts: Pink, Celine Dion and Katy Perry.

Their shows are on a scale Quatro could never have dreamed of, involving tonnes of equipment and many months of planning and coordination.

We've seen Pink ricochet like a human yo yo around the huge arena spaces she continues to fill, even after her bout of gastro. 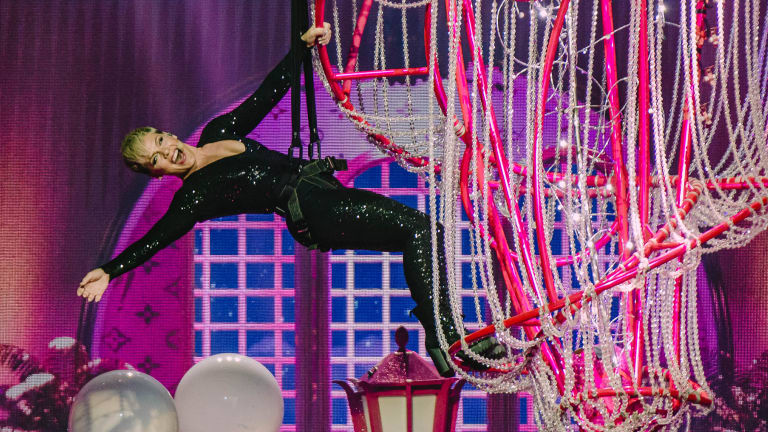 Pink soars above the crowd in her Beautiful Trauma tour, at her Perth show.

Katy Perry pulled out every high tech gizmo and gadget in the book at Olympic Park, including sitting atop her own orbiting planet which soared high above the crowd during her show.

And what Celine Dion lacked in high wire acts and interstellar gadgetry, she made up for in over-stuffed ball gowns and her unique brand of schmaltz, for which locals were keen to pay big bucks to hear. 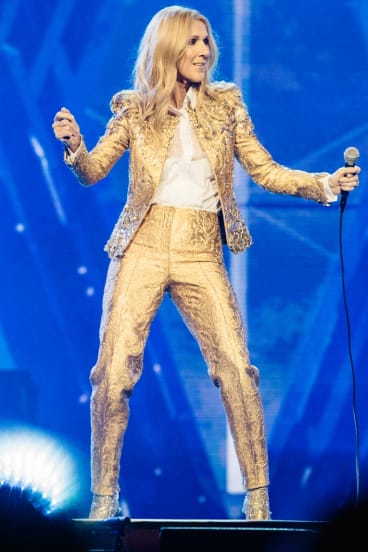 Yep, we lapped it up.

Collectively such shows represent a multi-million-dollar investment on behalf of the artists and the promoters bringing them all the way to Australia.

And given that they keep on coming, with the likes of Cher, Taylor Swift and even dear old Bob Dylan, all due here, there is clearly money to be made.

The big question is, exactly how much?

In Perry's case, a fortune in illuminated cat's ears alone. Sitting in the crowd of her Sydney show this week, the arena was glowing with the cat's ear headbands which Perry's crew were selling for $35 a pop at the "merch" stand.

Touring far off lands like Australia has become quite a nice little earner for the big names of global pop music, especially given the collapse of physical music sales and the modest earnings of digital streaming earnings.

ARIA figures reveal the wholesale value of album sales dropped more than 57 per cent between 2006 and 2015.

According to America's Degy Entertainment, the big headline acts like Madonna, Bruce Springsteen, Justin Bieber and Taylor Swift pull in more than US$1million per concert.

Last year's Adele tour of Australia was attended by a staggering 600,000 people across the country, smashing all previous records for a visiting artist. 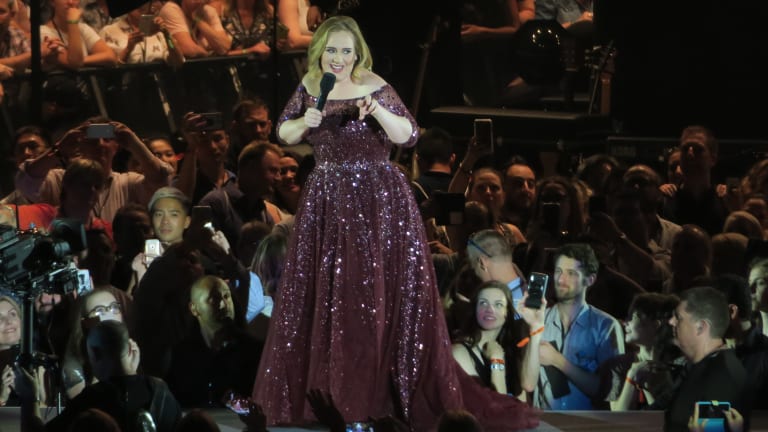 Adele in Melbourne last May.

The total global earnings of the tour were US$252 million including ticket, merch and other souvenir sales.

The touring company took US$128 million of that while Adele pocketed US$74 million, a fair whack of it from her Australian fans. Adele reportedly made between $1-$2 million per show during her Australian tour, on top of earning a percentage of ticket sales once enough units had been shifted, which she did comfortably.

Compare that to having one's music streamed, with services such as Spotify reportedly paying less than one cent per play to the publisher of the music, which is then split between the artist, label and creator of the music.

Billboard’s annual Money Makers report, which ranks the earnings of the top 50 music acts based on their US concert grosses and royalties generated from domestic sales, streaming and publishing in 2017, reveals that the collective take home pay for these artists grew 12.9 percent to almost $961 million, up from $851 million for the previous year.

Touring accounts for almost 80 percent of their total income.

No wonder the likes of Katy Perry and Co are singing for their supper in Sydney.