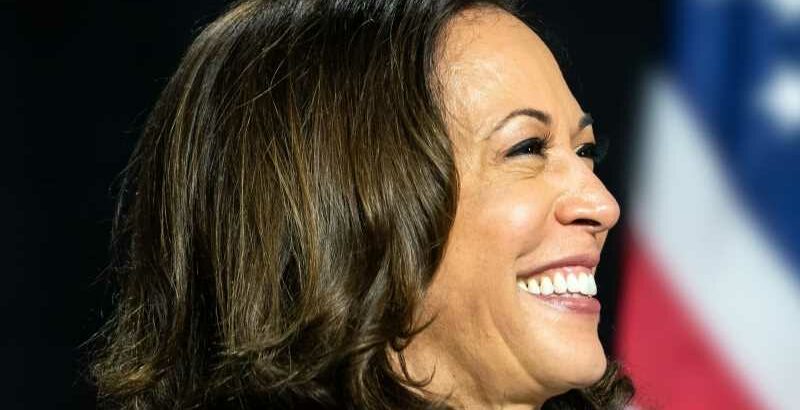 Vice President Kamala Harris is less than four months into her tenure as the 46th vice president of the United States, and it seems that she’s received moderately favorable reviews. But despite the ground-breaking and history-making strides she’s taken since assuming office, it seems that the career politician is still under the same microscopic scrutiny her predecessors have previously been subjected to. The most recent example? A kiss shared with her husband (and first-ever second gentleman) Douglas Emhoff.

While a kiss between a couple that has been together since 2013 isn’t the first thing any given reader would think as newsworthy, the ongoing coronavirus pandemic makes it otherwise so. So why, exactly, has an off-the-cuff moment of PDA between the vice president and her partner made headlines? And what does it mean within the larger context of COVID-19 and the vaccination rollout? Keep on reading after the jump to find out.

As The New York Post reported on May 5, Kamala Harris was spotted kissing Douglas Emhoff on the lips before both headed out for previously scheduled engagements. Per the Daily Mail, the peck occurred prior to Harris boarding a flight to Rhode Island and Emhoff heading to Pennsylvania. So what exactly made this otherwise routine exchange of affection between partners headline-worthy? Because they kissed while wearing masks to prevent the spread of COVID-19, despite the fact that both were fully vaccinated in early 2021 — and some people on Twitter have thoughts.

Per the Post, current guidelines under the Centers for Disease Control state that though it’s “generally safe for vaccinated people to be outdoors without a mask,” it’s advised that vaccinated individuals continue “masking in crowded settings and venues where there is a decreased ability to maintain physical distance.” The ire the vice presidential couple has drawn, according to the Post, stems from the fact that both kissed while wearing prophylactic face coverings despite the fact that they were outside, vaccinated, and not near other individuals who may or may not have been vaccinated.

Regardless, the Post also pointed out that Harris and Emhoff might be setting an example with regard to a recent entreaty made by President Joe Biden, who called mask-wearing, per the Daily Mail, “a patriotic responsibility,” noting that it’s “a small precaution to take that has a profound impact.”