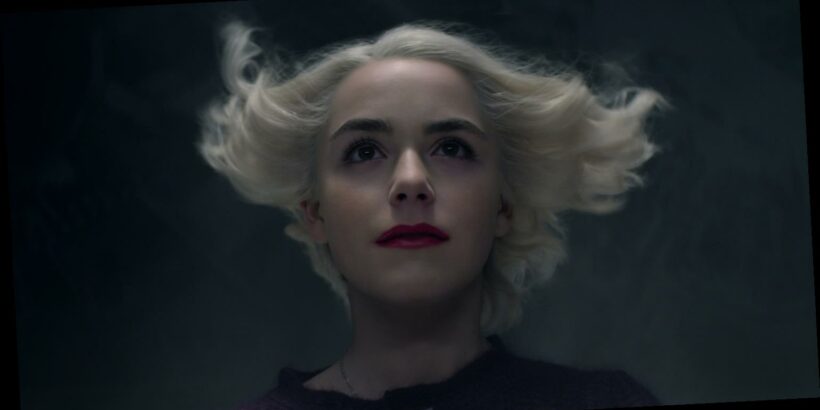 The final season of Chilling Adventures of Sabrina has been released on Netflix, and like many others, we can’t help but want more!

A series gone too soon, but creator Roberto Aguirre-Sacasa, and even star Kiernan Shipka, teased the possibility of it coming back in the future.

Roberto had been teasing the episode ahead of the New Year’s Eve premiere, and in one post he said, “for now,” leading fans to freak out.

“This last (for now) episode showcases a group of artists and professionals working at the top of their game,” he wrote on Instagram. “But I have to give a special shout-out to our finale’s director, @robseidenglanz, who directed more episode of #Sabrina than anyone else. And pitched in to help on every episode, including the ones he didn’t direct.”

“I think everyone in the cast and crew would agree: The show wouldn’t have happened without Rob. On behalf of everyone, THANK YOU, my friend, my brother, my frequent lifeline! Looking forward to the next time we get to work together. Meanwhile, Everyone: Get your hankies ready, for the Void is almost upon us…” he added.

In a recent interview, Kiernan shared that she thinks it’s not out of the question for Sabrina to come back, maybe make an appearance on Riverdale, or even a movie!

“I think she’s pretty savvy and could find her way back to Greendale if she chose to. And I think just because I love her so much, that’s what I want to think happens,” she told ET. “I hope that other people feel like it’s not the end of Sabrina, but just the next phase of whatever kind of crazy life or afterlife she may lead. Anything is possible in the world of Sabrina.”

“Look, I think we can still go to Riverdale. I think I’m holding out hope that she just pops up and is like, ‘Oh man! I landed in the wrong county!’ But ends up getting trapped there for a little bit,” Kiernan added. “I think that would be funny.”

“And I would absolutely love [a movie]. I think I’ve certainly seen and heard the fan cries and I’m with everyone. I love this character and I love those people so much that whatever we can do to wrap it up for the fans and keep it going and keep Sabrina alive… would be great,” she said.

If you missed it, see what Kiernan shared about the series ending and the shocking finale.