Last week on Westworld, Maeve stayed long enough in Shogun World to see Akane properly bury Sakura before heading back into the labyrinth of lab tunnels back home. This time, Lee did bring her to the right entrance, leading her directly to her daughter. But things didn’t go as planned for Maeve, and no one will be surprised to learn, it’s Lee’s fault. Will Maeve die in Westworld? Not if there’s any justice in this show, she won’t. Warning: Spoilers for Westworld Season 2 follow.

Last week’s meeting between Maeve and her daughter was everything she’d dreamed it would be. That is until, as suspected, said daughter turned out to have no memory of Maeve whatsoever. There’s a new host playing the role of mother, and no spot for Maeve here.

But before Maeve could decide what to do about it, the Ghost Nation rode in on their regularly scheduled loop. Suddenly Maeve was reenacting the same things she’d always done in this situation, grabbing the child by the hand and leading back to the safety of the house.

But it was more than the Ghost Nation riding in. Of all people, the Man In Black was also passing through, trying to escape the Nation members on his tail. In a hurry, he sees a small house with a door which looks sturdy enough, and he rushes in, thinking to make a stand… 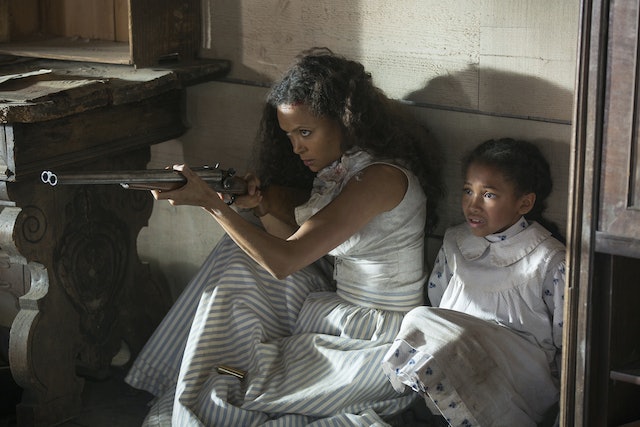 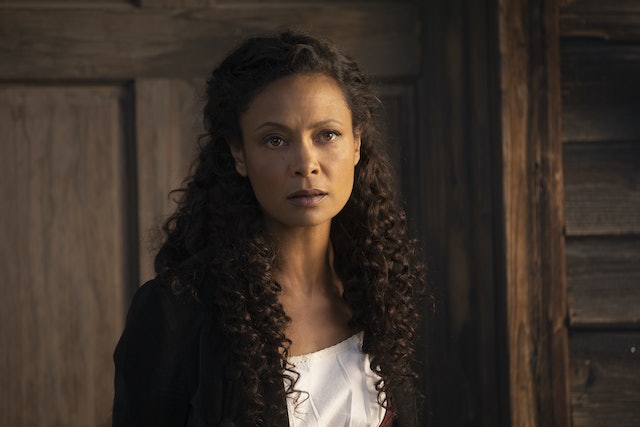 Whatever Lee wanted by calling in for backup and rescue, this indiscriminate shooting was never part of the plan. From the dialogue, Lee seems to have thought Maeve’s new ability to command hosts without words would give her protection. He would say "no, she’s important" and no one would touch her. But with events at the labs only getting worse by the hour, no one was taking time to be given orders. It was "shoot em all, and sort their bodies later."

Maeve could only stand and scream helplessly as the Ghost Nation rode by fleeing the security forces, and kidnapping her daughter on their way out. Before she could give chase, bullets riddled her own body and she collapsed on the ground, bleeding out, dying. Lee winds up getting her dragged into the buggy to take her back to the lab and save her.

Will Maeve survive once Lee gets her to the repair unit? Dolores certainly doesn’t seem to think so, offering to mercy kill Maeve rather than let her suffer the indignity of dying by a human butcher’s hand. But Maeve says no, she made promise to get back to her child. And she is free to chose her own path, even if that path means death.