Taylor Swift has broken her long-held public political silence in an Instagram post that finally spelled out where her allegiances lie.

"In the past I've been reluctant to publicly voice my political opinions, but due to several events in my life and in the world in the past two years, I feel very differently about that now," Swift began the post, which was accompanied by a moody, black-and-white photo of the superstar.

"I always have and always will cast my vote based on which candidate will protect and fight for the human rights I believe we all deserve in this country," she wrote. 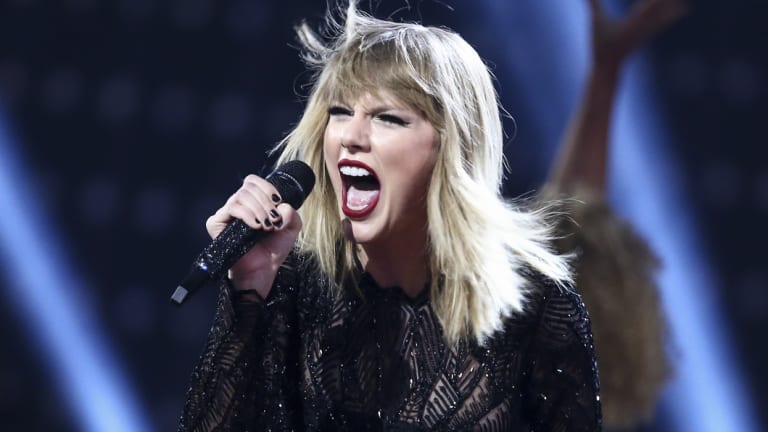 After years of silence, Taylor Swift has publicly voiced her political opinions.Credit:Invision

"I believe in the fight for LGBTQ rights, and that any form of discrimination based on sexual orientation or gender is WRONG. I believe that the systemic racism we still see in this country towards people of colour is terrifying, sickening and prevalent."

"I cannot vote for someone who will not be willing to fight for dignity for ALL Americans, no matter their skin colour, gender or who they love," the post continues.

Swift went on to call out Blackburn, who's running for re-election, stating that although Swift supports having more women in office, she cannot vote for Blackburn due to her political track record.

She goes on to list several policies Blackburn supports, including the idea that businesses have a right to turn away gay patrons, finishing with, "These are not MY Tennessee values."

"I will be voting for Phil Bredesen for Senate and Jim Cooper for House of Representatives," she wrote.

The singer included a plea to her followers to get engaged with the political process.

"Please, please educate yourself on the candidates running in your state and vote based on who most closely represents your values. For a lot of us, we may never find a candidate or party with whom we agree 100 per cent on every issue, but we have to vote anyway."

She finished the post by encouraging her followers to register to vote.

Swift has faced heavy criticism in the past for not using her enormous platform to advocate for political and social causes, with some speculating that she intentionally stayed silent regarding politics so as not to alienate any of her fan base.

She posted a since-deleted photo of herself voting during the 2016 presidential election, but did not state who she voted for.

The star's unlikely post was met with a huge reaction online, from fans on both sides of the political divide – either endorsing or criticising her public stance.

Some offered a more bemused view of the pop world's current strange state of affairs.

"If you had told me two years ago Kanye would be running around in a MAGA hat while Taylor Swift was endorsing a Democratic candidate, I would have smacked you to the ground and stolen your wallet for wasting my time," one viral tweet went.

Swift's Reputation world tour is due to hit Australia later this month, opening in Perth on October 19 and taking in Melbourne and Sydney before concluding in Brisbane on November 6.