Ah, young love. There’s something about the first-year anniversary when you’re in a relationship that just makes it special. Maybe it’s because you’ve realized you could go 365 consecutive days with one person and still find them attractive, or maybe it’s because, within that time frame, you realized you looooved that person. Either way, it’s an occasion that’s meant to be celebrated, and being a celebrity apparently makes no difference. As with most celebrations, anniversaries are *really* good for one thing: PRESENTS!!! And guess what? Younes Bendjima’s anniversary gift for Kourtney Kardashian is full-on, 100% over-the-top adorbs, you guys.

Can you even believe that the Keeping Up With The Kardashians star and young model have been dating for an entire year? It seems like just yesterday we were speculating as to whether or not they were seeing each other, but of course, there was really no way of denying their relationship based off of their countless Instagram pics together. Plus, how could two absurdly gorgeous people like that possibly keep their hands off each other? There’s literally no way.

On Wednesday, May 24, Bendjima showed his love for Kardashian by sending her some extra-lovely flowers to mark their special day. Kardashian took to her Instagram story to show her fans a bouquet of gorgeous red roses shaped in a sphere and wrote: 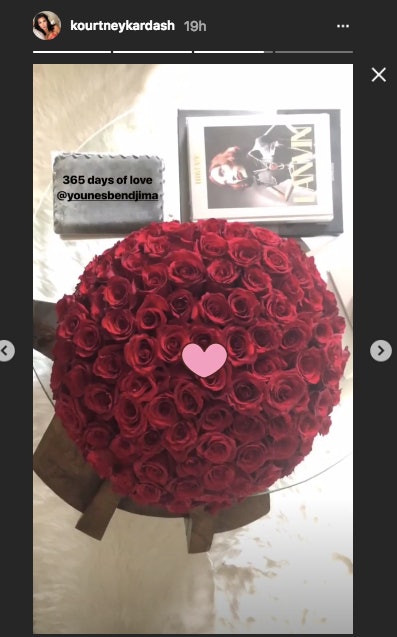 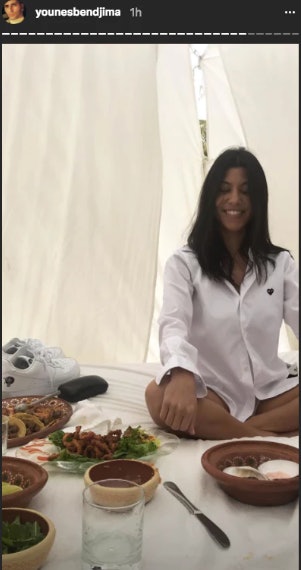 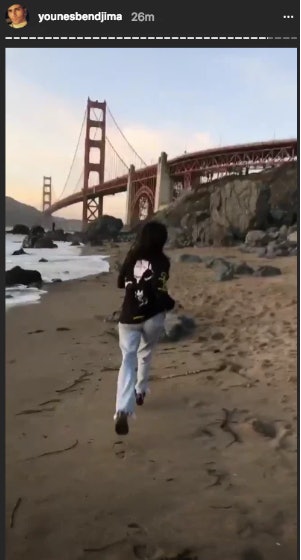 Plus, the world finally got to see Younes Bendjima on KUWTK back in March, which was pretty much the highlight of my year. For a couple that remains so out of the spotlight, I absolutely loved seeing him attend a party for Kourtney’s Pretty Little Things line and surprise Kourtney at the event.

When Kourtney asked what he was doing at the party, he said, "You thought I would not come? I was like, ‘I have to support you!’"

OK, don’t mind me, just weeping over their love.

Happiest of anniversaries to the most low-key couple of the Kardashian-Jenner family! We hope to see more of you (and maybe Bendjima’s abs) in the future.