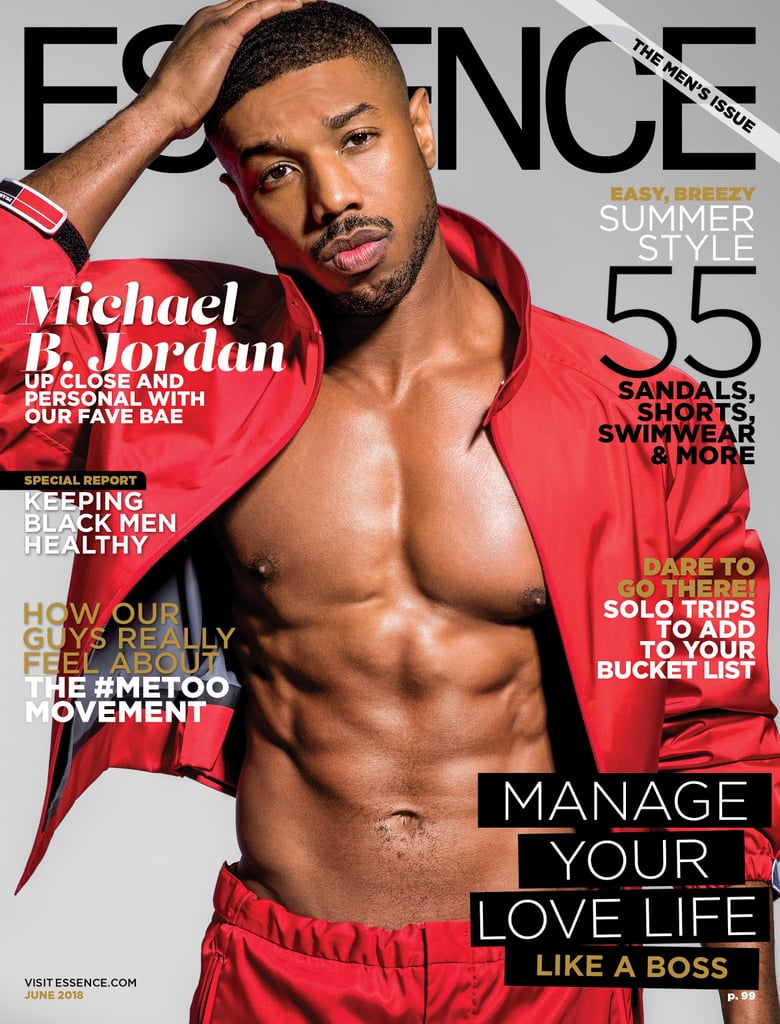 If You’re Able to Look at This Michael B. Jordan Picture Without Fainting, Congratulations!

Michael B. Jordan is, without a doubt, on fire. Not only did he happen to star in the highest-grossing superhero film of all time, but the Black Panther actor is literally steaming up the small screen in HBO’s Fahrenheit 451, based on Ray Bradbury’s 1953 novel. In promotion for the film, which premieres May 19, Michael went sans shirt on the cover of Essence‘s June issue — and all we can do is throw our hands to the sky and whisper, “Thank you.” We are truly, sincerely, not worthy of these photographs.

Oh, and in case you were interested, Michael does an interview, too. In it, he talks about using his platform to be an ally for inclusion and diversity in Hollywood. Back in March, the 31-year-old star announced he would adopt an inclusion rider for his own company, Outlier Society Productions. The clause, highlighted in Frances McDormand’s acceptance speech at this year’s Oscars, stipulates diversity for cast and crew members on film projects.

“It’s important to have diversity both in front of and behind the camera,” Michael told the outlet. “[I]nclusion riders make sure that anyone who does business with my company knows that we expect there to be people of color, women, LGBT folks, and people with disabilities in key positions on our crews and productions staffs.”

“Since the majority of people in power are men, when we speak up it gives them firmer ground to stand on when we support them,” Michael continued. “I’m not the poster boy for it; I’m not the guy who’s trying to get in every cause, but at the same time when they call me for help, I’m there . . . I’m going to be there to support them.” Sigh. As if we didn’t love him enough already . . .

Scroll through to see Michael Bae Jordan in all his shirtless glory, then check out even more sexy moments and find out just how he got that Black Panther body.