YouTube star Gabi DeMartino apologized for allegedly offering a video of herself nude as a child on her OnlyFans account.

The 25-year-old YouTube celebrity reportedly took to her OnlyFans account to offer a video for a $3 purchase titled “Won’t put my panties on,” according to the New York Post. Since then, her OnlyFans account has been taken down with a representative for the adult-themed website telling the outlet that the account was deactivated after violating its terms of service.

DeMartino, who boasts 3.2 million subscribers on her YouTube channel, took to Twitter to explain the content of the video was not meant to be pornographic in nature. She apologized for the context of the video given that the website is often considered a place for adult actors and actresses to share nude content.

“a childhood video of me on the phone sayin ‘Nani says put your panties back on’ and jumping up and down laughing,” she explained. “I'm sorry I didn't think that one through. period. a home-video i love to share w my friends & i use my OF as a ‘finsta’ page where i share stuff as i would w friends.” 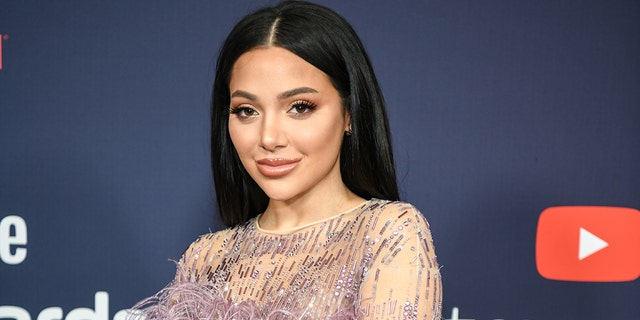 Gabi DeMartino caught backlash from followers after sharing a controversial video on her OnlyFans.
(Morgan Lieberman/FilmMagic)

In a follow-up tweet, she wrote: “the video was a goofy throwback family moment that I wanted to share with my personal onlyfans fancy babies. I am sorry that this wasn’t thought out completely I apologize. The video is down now I am sorry again if this came out wrong.”

The tweets came after the young celebrity’s fans criticized her for the video and caption, with many noting that they don’t believe this incident was an oversight.

"i’m sorry but she knew exactly what she was doing. how on earth can you defend posting a video of a CHILD with this as the caption?" one follower wrote.

"That video of you as a young child might have been completely innocent, but when you charge money for it on a sex work app and use a sexually suggestive caption to sell it, it's not just wrong, it's illegal," another follower noted.

"I want all the defenders to talk their parents/guardians and explain what is only fans and if it was acceptable or not for her to profit a video of herself as a child to a mature content platform. This was wrong, pure wrong and it’s is (sic) unacceptable," someone else wrote.