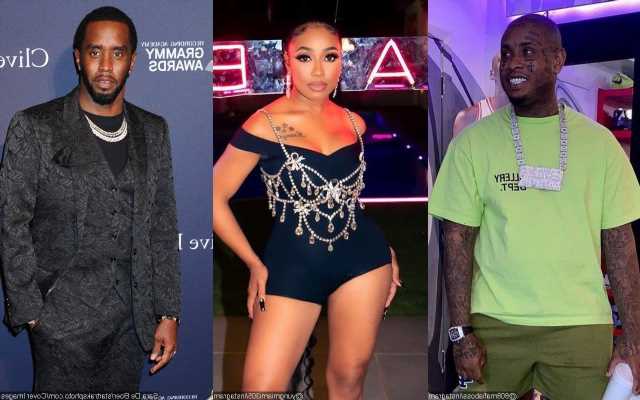 The Atlanta music producer appears to throw shade at her baby mama after she flaunted her new luxurious ride, which was apparently gifted by her rumored boo, on social media.

AceShowbiz –Southside and Yung Miami have been able to maintain a good relationship following their split, but now things are about to go south between the former couple. The Atlanta music producer has appeared to throw shade at his ex over her Maybach gift from Sean “P. Diddy” Combs.

After the City Girls member flaunted her new luxurious ride on social media, Southside shared his salty response via Instagram Story. He recorded a video of himself saying, “Yea yea, we don’t do that Maybach cars or trucks anymore. We do vans now– having these b***hes by the twos. Okay? Alright. Thank you.” Following his statement, a woman can be heard laughing in the background.

While Southside didn’t mention his ex, his video was shared after Yung Miami showed off her new Mercedes-Maybach GLS SUV, which was apparently gifted from her rumored boo Diddy. Taking to Instagram on Friday, September 23, the female rapper shared some photos of her posing inside the white car, which was parked on Rodeo Drive with a red bow on the hood. In the caption, she gushed, “Thank you Papi [white heart emoji][snowflake emoji][car emoji][smoke emoji].”

The post did not go unnoticed by Diddy. The Bad Boy Records founder reposted her snaps on his Instagram Story and soundtracked it with City Girls’ single “Good Love” featuring Usher.

Prior to this, Diddy treated Yung Miami to an iced-out chain following her nomination at the 2022 BET Hip Hop Awards. Elated by the romantic gift, she reposted Beny “Benny Da Jeweler” Nisanov’s video that displayed the diamond-encrusted neckpiece. “Love pendant with a big baguette chain !!! @YungMiami305 gift from @Diddy,” so read the caption.

Meanwhile, back in June, Southside revealed his secret to a healthy co-parenting relationship with his baby mama Yung Miami. “The key to a cordial co-parenting relationship is just no sex,” he said in an interview with Bootleg Kev. “You cannot have sex with your baby mommas. You can’t have … I got a girlfriend too, so you can’t have sex with your baby mommas with a girlfriend.”