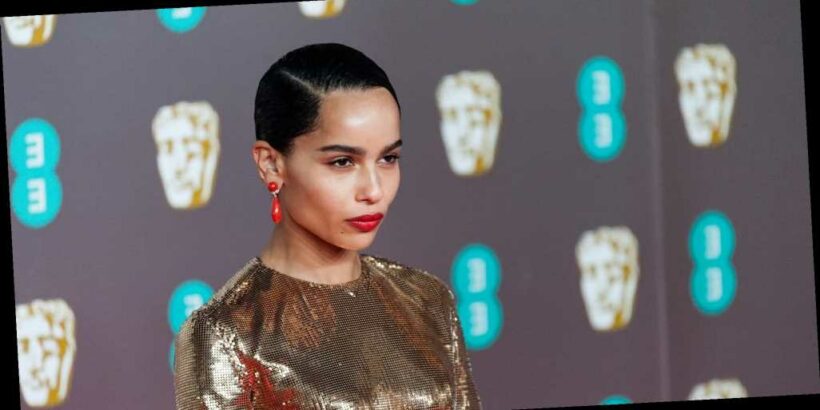 Hours after news broke that Zoë Kravitz had filed for divorce from Karl Glusman, the actress appeared to reference the couple's split on Instagram.

On Saturday night, Kravitz posted a not-so-cryptic meme to her IG Stories of a drag queen throwing a bag of trash into a dumpster. The bag was labeled, “People places and things that no longer serve my greatest and highest good.” The photo seemingly reflected her current state of mind, as she captioned it, "Mood."

Since reports of the split surfaced, Glusman has wiped his grid of Zoë, however, the two still follow each other on the app. According to court documents obtained by People, Kravitz filed paperwork for a divorce two days before Christmas on Dec. 23, and a rep for the High Fidelity star confirmed the records. Kravitz and Glusman were married for less than two years and began dating in 2016, after being introduced by a mutual friend at a bar in New York City. The Big Little Lies actress recalled the first night she met Glusman during an interview with British Vogue back in July 2019. "My friend knew that I wanted to meet someone – not even to get serious, I think just to get laid, to be completely honest with you – and he brought Karl," she said. "I instantly felt something – then he turned around and started talking to the blonde girl next to him and I was like, ‘Wait, what?’ But he later told me that he was just nervous.” Two years later, the pair got engaged.

“I was in sweatpants,” Zoë previously revealed about the surprise engagement to Rolling Stone. “I think I was a little drunk. I could feel his heart beating so fast — I was like, ‘Baby, are you OK?’ I was actually worried about him! I love that it wasn’t this elaborate plan in Paris. It was at home, in sweatpants.”