Around 8,710 rental adverts out of 86,000 checked on property website Zoopla said "no DSS" or "no housing benefit", research from the National Housing Federation and Shelter found. 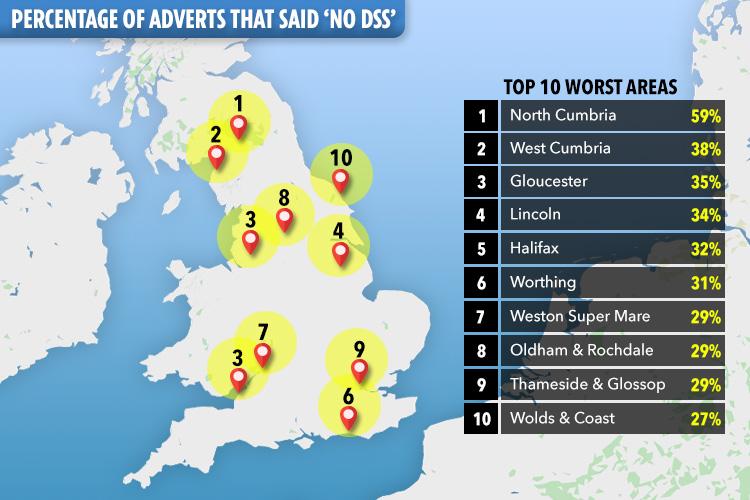 Landlords and property firms are not supposed to exclude people on benefits from renting properties.

Many people on housing benefits can afford to private rental properties but are being unlawfully barred from securing contract.

Last month, NatWest bank promised to review its mortgage policy after refusing a landlord because she wanted to rent the property to a tenant on housing benefit.

The National Housing Federation and Shelter claim that women and those with disabilities are most at risk from being discriminated, which could violate the 2012 Equality Act.

It also compared the worst areas for listing "no DSS" ads, putting North Cumbria at the top of its list. 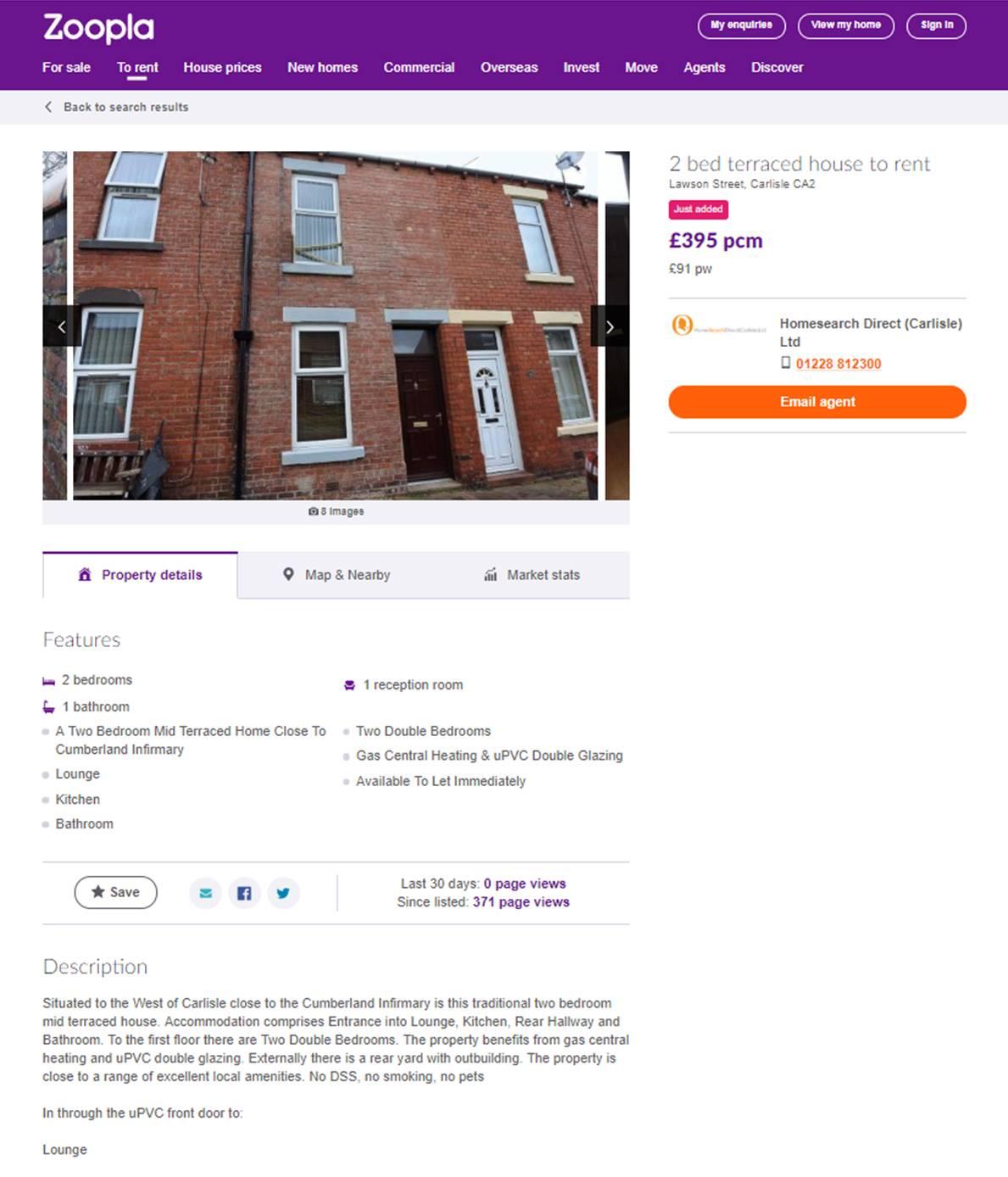 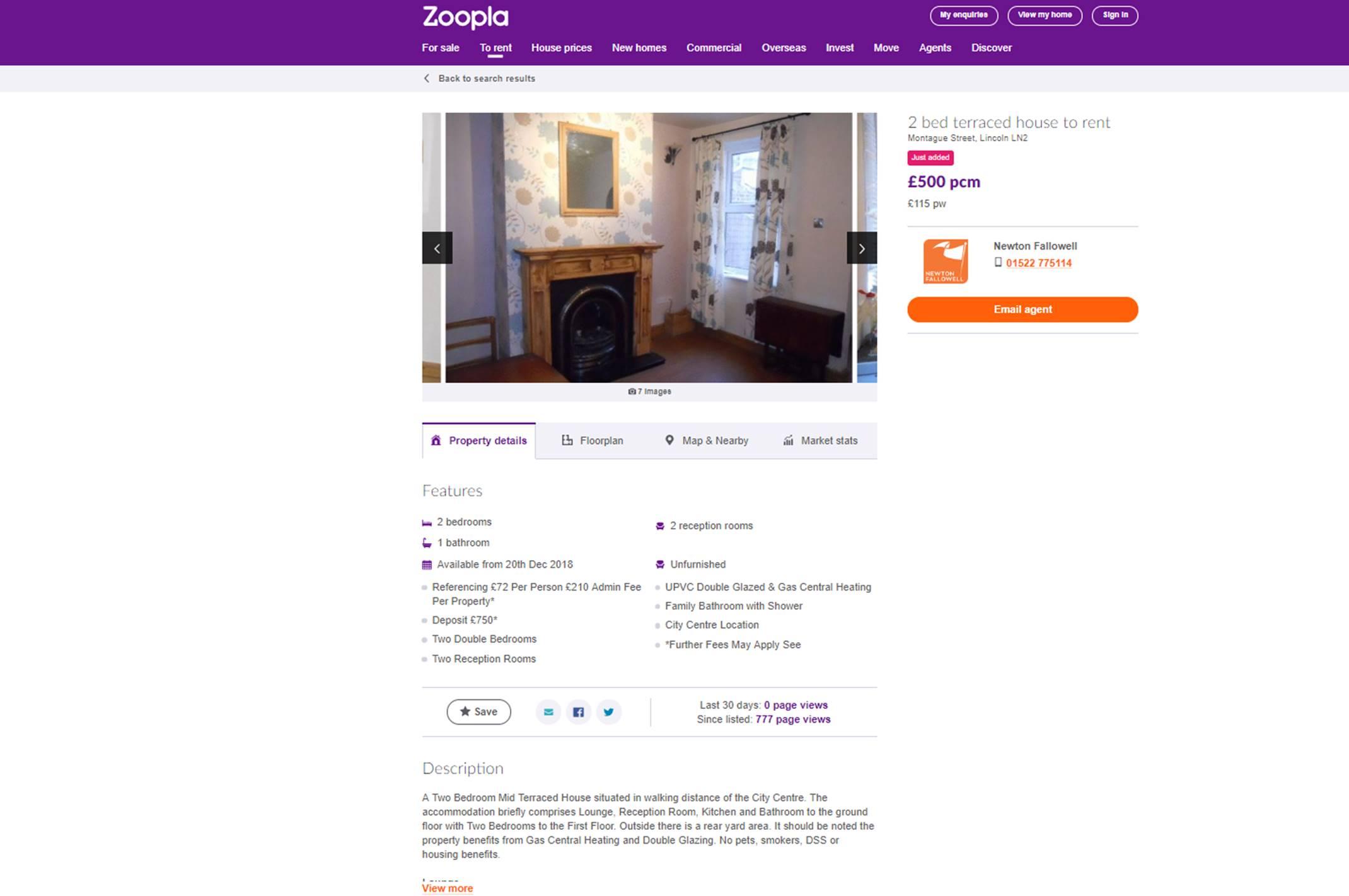 A shortage of social housing and high house prices have led to rapidly growing numbers of people having to rent privately and depend on housing benefit.

Zoopla isn't the only property platform to allow ads with these warnings – other sites such as Gumtree and Spareroom also have them.

The National Housing Federation and Shelter also posed as a woman looking to rent a house.

Inapplications to landlords on Spareroom and Gumtree, a woman posing as someone on housing benefit was more than twice as likely to be rejected by landlords, compared to a woman who wasn’t, it found.

How to find properties that do accept DSS

Ask for your benefits to be paid directly to your landlord

Some landlords will rent to tenants claiming benefits if they are paid directly to them.

Show you'll be a good tenant

Give them copies of wage slips or bank accounts.  You may also need, letters confirming your benefits and references from previous landlords. You could also offer to pay more than one month's rent in advance (if you can afford it).

A guarantor is someone who signs a contract agreeing to pay rent or cover damage to a property if you don’t. It’s usually a friend or family member. A landlord may be more likely to rent to you if they have the additional insurance of a guarantor.

The National Housing Federation and Shelter have joined forces to urge letting agents and landlords to end this likely unlawful practice.

They are also calling on online property websites to stop facilitating this grossly unfair discrimination.

Kate Henderson, chief executive of the National Housing Federation, said: “This research shows that blatant discrimination against people on housing benefit is widespread.

"Landlords and letting agents are pushing people towards homelessness and could be breaking equality law.

"It is beyond me why property websites are permitting these adverts. They’re sending the message that they’re ok discriminating against someone, simply because they’re on benefits. This has to change.

Polly Neate, chief executive of Shelter says: “Families are finding themselves barred from renting homes time and time again, simply because they need a Housing Benefit top up. At a time when colossal private rents are out of reach for so many, that seems absurd.
“Not only is ‘No DSS’ grossly unfair, it is likely to be unlawful because it overwhelming affects women and disabled people.

"That’s why we need the lettings industry to stop blaming each other, accept its role in this shocking practice and clean up its act.”

"Zoopla is aware of a small number of rental listings on its websites that fit into this category and Zoopla will write to all of its member agents to recommend that they follow the NLA and RLA guidance."

Matt Hutchinson, director of SpareRoom, said: "The reason we allow people to filter ads based on whether benefits are accepted is to make it easier to find suitable accommodation.

"With only a small percentage of landlords taking tenants who receive housing benefit, we’d rather flag which those ads are than risk people messaging hundreds of ads, only to find out the room isn’t available."

A spokesperson from Gumtree said: As per our property posting guidelines, we do not allow any unlawful or discriminatory ads on the platform.

"We would welcome any further clarification to the law on this matter, as raised by Shelter and others. Help and guidelines for posting or searching in our Property section can be found on our website"