For nearly 25 years, AMG has been known as Mercedes’s performance division. But to think of it as just a small engineering department inside a massive corporation couldn’t be further from the truth. In its nearly 50-year history, it has built some of the most incredible performance cars to ever come out of Germany, and it’s been doing it long before it was under the wing of the mighty Mercedes-Benz.

Like BMW’s relationship with Alpina, AMG enjoyed a strong working relationship with Mercedes for decades as an independent tuner until signing an agreement of cooperation in 1990. Before then, the relationship had been beneficial to both companies. Mercedes’s performance prestige remained intact thanks to AMG’s fantastic reputation for quality and performance, and its Mercedes connection kept AMG at the forefront of the performance tuning community.

The company became a wholly owned subsidiary of Mercedes-Benz in 2005, and on top of building the hottest Mercedes models available today, it is also developing engines for supercar builder Pagani, as well as Aston Martin.

From building cars one at a time in a small workshop to having the bottomless resources of Mercedes-Benz behind it, here are 10 cars that helped transform AMG from small-market tuner to one of the most advanced performance divisions in the world. 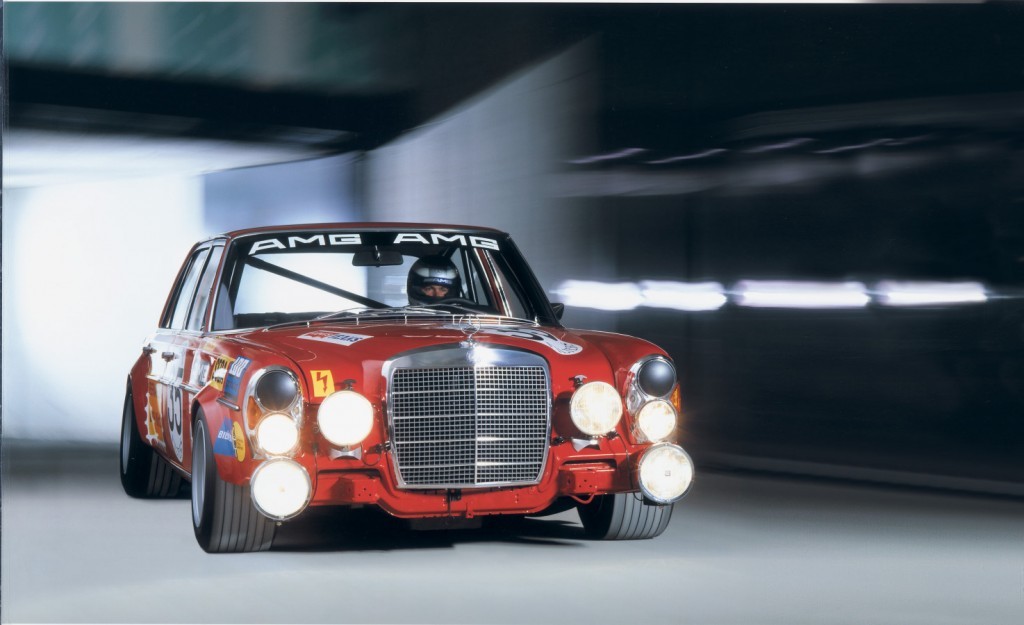 For a brand as dignified as Mercedes-Benz, you wouldn’t think it’d take kindly to some aftermarket tuners stripping one of their executive cars, calling it “The Red Pig,” and racing it against much smaller and lighter offerings from Alfa Romeo and BMW. But that’s what AMG did in 1971, and it turned the European racing world upside down.

Taking the big Merc’s 6.3-liter engine and increasing its displacement to 6.8, the Red Pig finished second at the prestigious 24 Hours of Spa and became famous overnight. With a top speed of 142 miles per hour and a zero to- 0 time of 6.3 seconds, the Red Pig became famous as “the world’s fastest sedan” and was more than enough to get Mercedes’s attention. 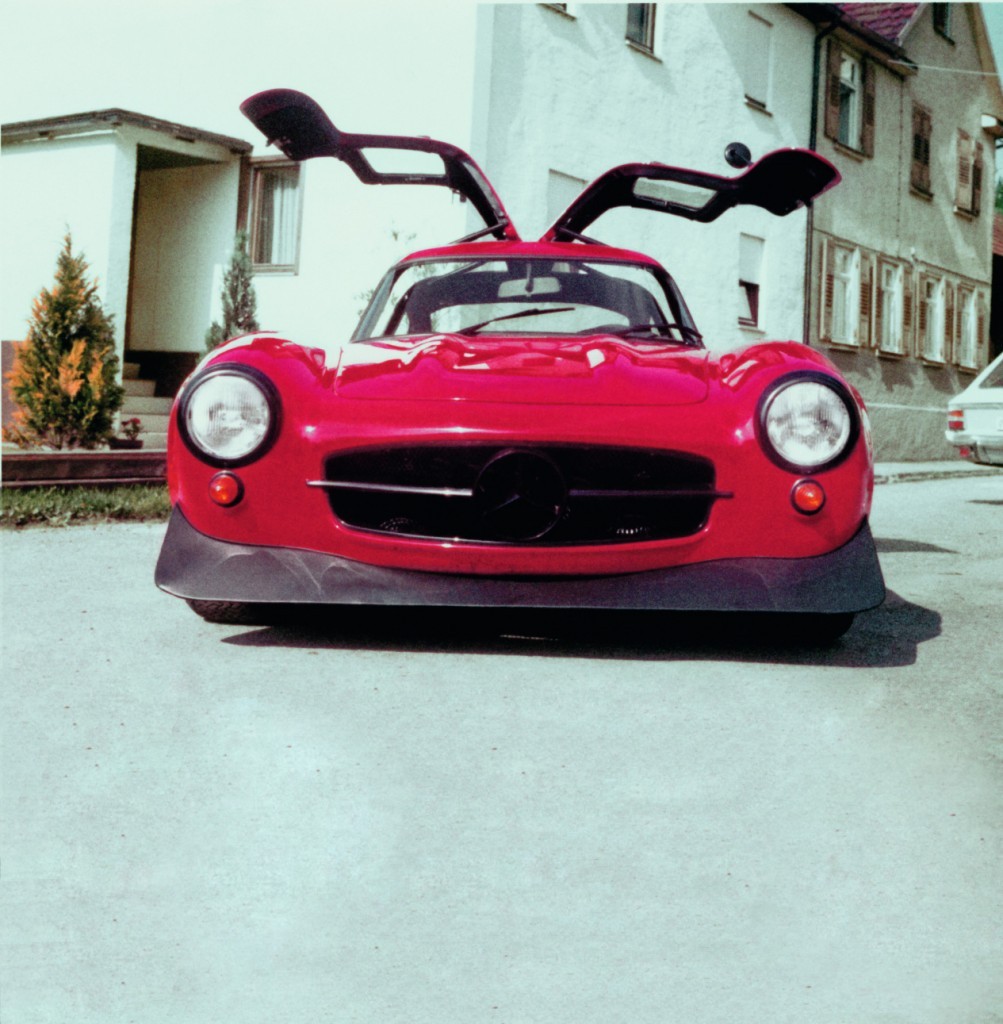 AMG’s next high-profile conversion would be considered sacrilege today, but at the time, its bold 300SL AMG was just part of the march of progress. Starting with a customer’s 1957 300SL Gullwing, the company throughly gutted and updated nearly every aspect of the car, a process that took a full 12 months to do. AMG replaced the car’s iconic inline-six with the 4.5-liter V8 from a 450SE sedan, altered nearly every body panel, and installed an interior from a contemporary SL roadster. Showing that it’s unafraid to rewrite history, AMG modernized an additional 11 300SLs between 1996 and 2006. 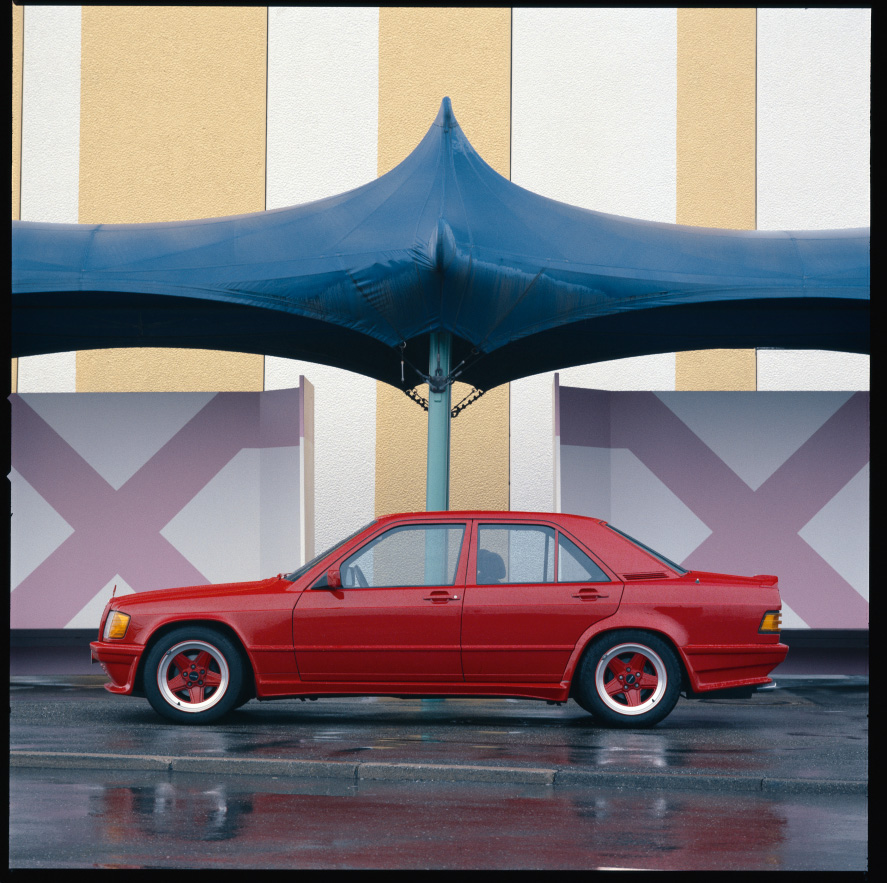 By the early 1980s, the German Touring Cup Series (DTM) was heating up, and Mercedes wanted to enter its new 190E sedan. Unfortunately for AMG, Mercedes called British tuning Cosworth to build its entry, the 190E 2.3-16. But Mercedes’s 1960s-era racing ban was still in effect, so it made the cars available to private DTM teams — including AMG. By 1987, the engine had been enlarged to 2.5 liters, and the “AMG Power Pack” was available to give the car an additional 30 horsepower. Between the factory Cosworth-tuned cars and the AMG models, BMW saw the writing on the wall and tapped its Motorsport division to build a competitor. Its response? The original BMW M3. 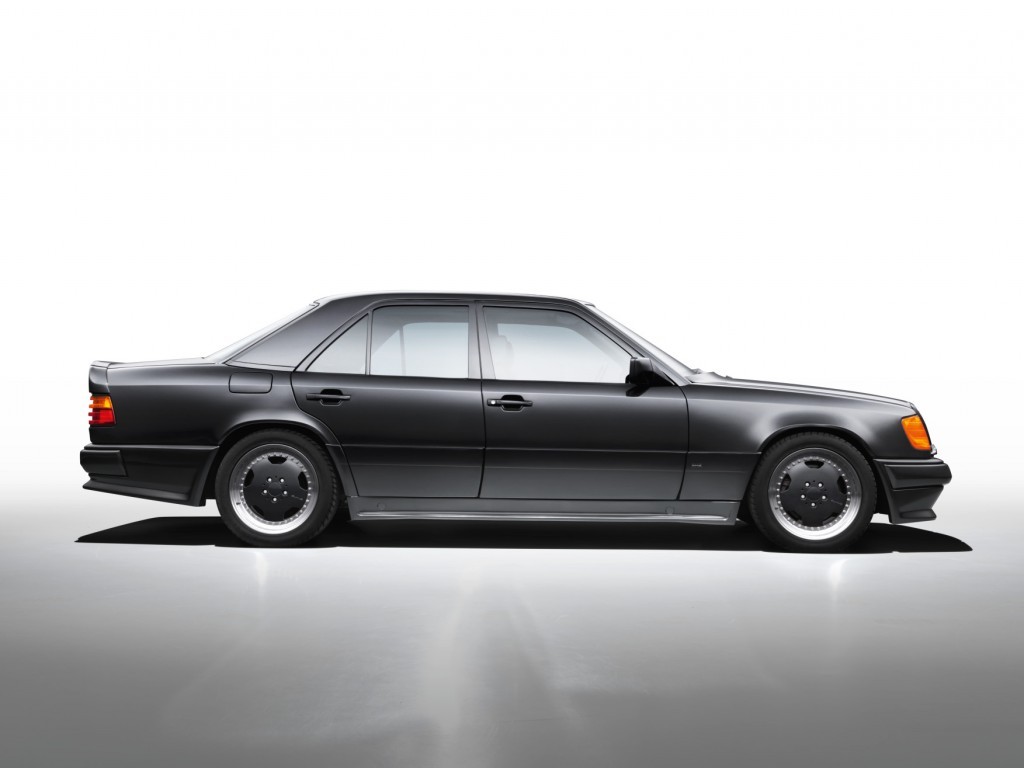 By the mid-1980s, AMG’s cars and engine modifications had grown so advanced that the tuner began to be treated like its own manufacturer. Business was booming, and the company opened a second workshop to keep up with customer demand. Like the Red Pig 15 years before, AMG turned the performance car world on its head in 1986 when it stuffed a 385-horsepower, 5.6-liter V8 into a conservative Mercedes-Benz E-Class, creating a car simply known as The Hammer.

With a top speed of 190 miles per hour and a zero to 60 time in the low five-second range, The Hammer could run with the wildest supercars the ’80s had to offer, and it made AMG one of the highest-profile tuners in the world. Before the Hammer, the company was still largely building one-off and small-batch cars for individual customers. By 1990, it had signed an agreement with Mercedes-Benz and was poised to enter the global market. 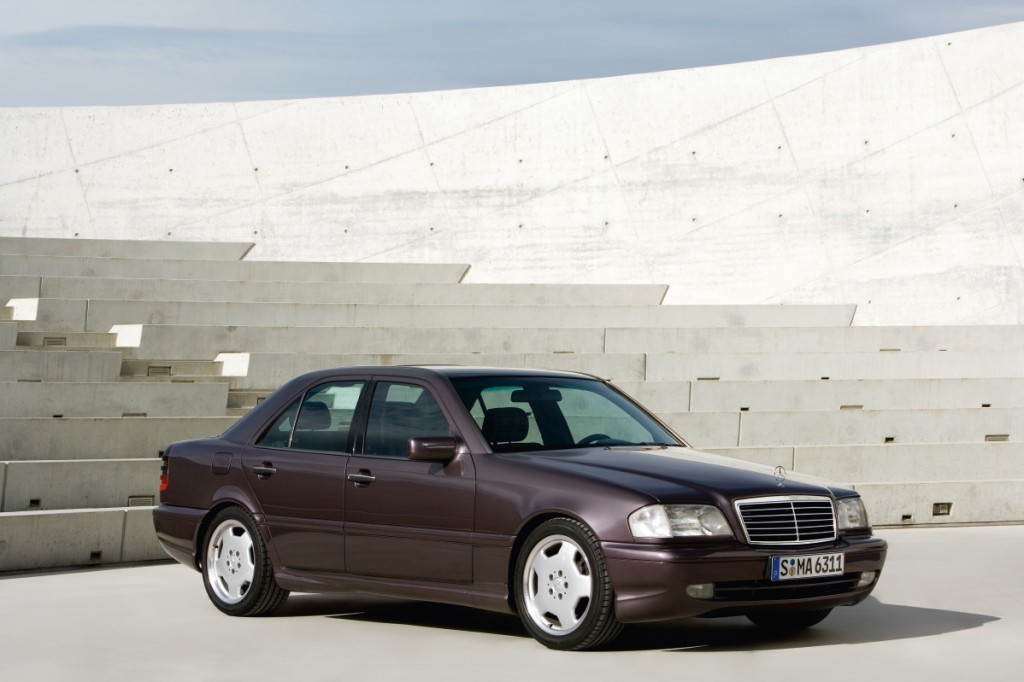 Now that it had the engineering might of Mercedes-Benz behind it, AMG set to work creating the C36, its first mass-market car. Introduced globally in 1993, the C-Class-based C36 AMG was Mercedes’s official response to the BMW E36 M3, and it was an impressive effort. The tuned inline-six was good for 276 horsepower, 36 more than the M3. The C36 also signaled the return of a performance model to the Mercedes lineup, something it hadn’t had in decades. But what was most impressive about the C36 is that it marked AMG’s arrival as a global performance powerhouse: Between 1993 and 1996, an impressive 5,400 C36s were built. 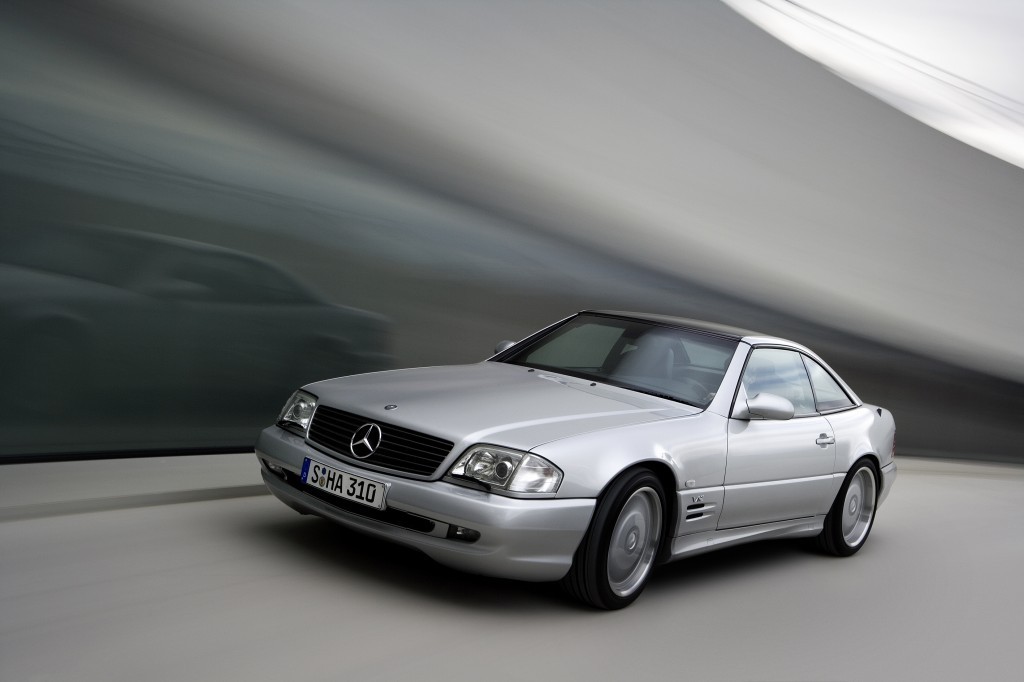 Even though the C36 was a global sales success, there were still plenty of low-production AMG models that flew under the radar. Case in point is the rare SL73 AMG. Despite looking nearly identical to the more civilized SL-Class roadsters, the SL73 packed a massive 7.3-liter V12 capable of 525 horsepower. Only 85 were built, but that doesn’t mean people weren’t paying attention. Engineer Horatio Pagani loved the SL73’s engine so much he had AMG build it for his now-legendary supercar, the Pagani Zonda. 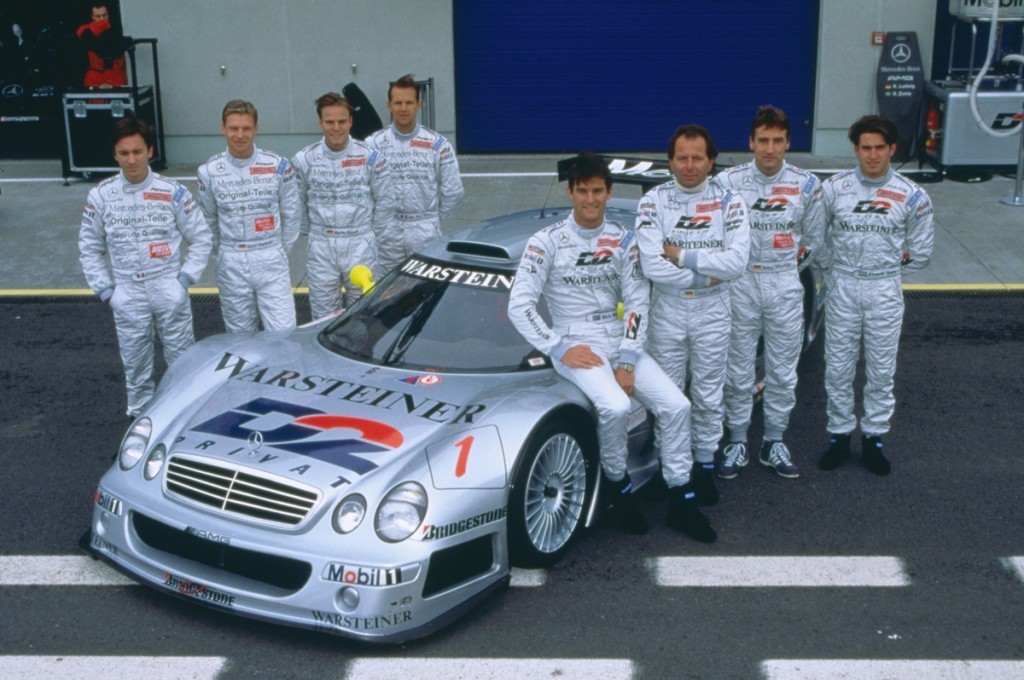 After just a few years back in the performance game, Mercedes was ready for the big time and enlisted AMG for help. With its sights set on international GT competition, it started with a CLK coupe and ended up with a car unlike anything else. With carbon fiber and aluminum construction, as well as a 612-horsepower 6.9-liter V12, the street-legal CLK GTR racer had a top speed of 198 miles per hour. With blinding speed and cutting-edge technology, Mercedes’s first modern supercar didn’t come cheap. In 1998, it entered the Guinness World Records as the most expensive car in the world, with a price of  $1,573,000. 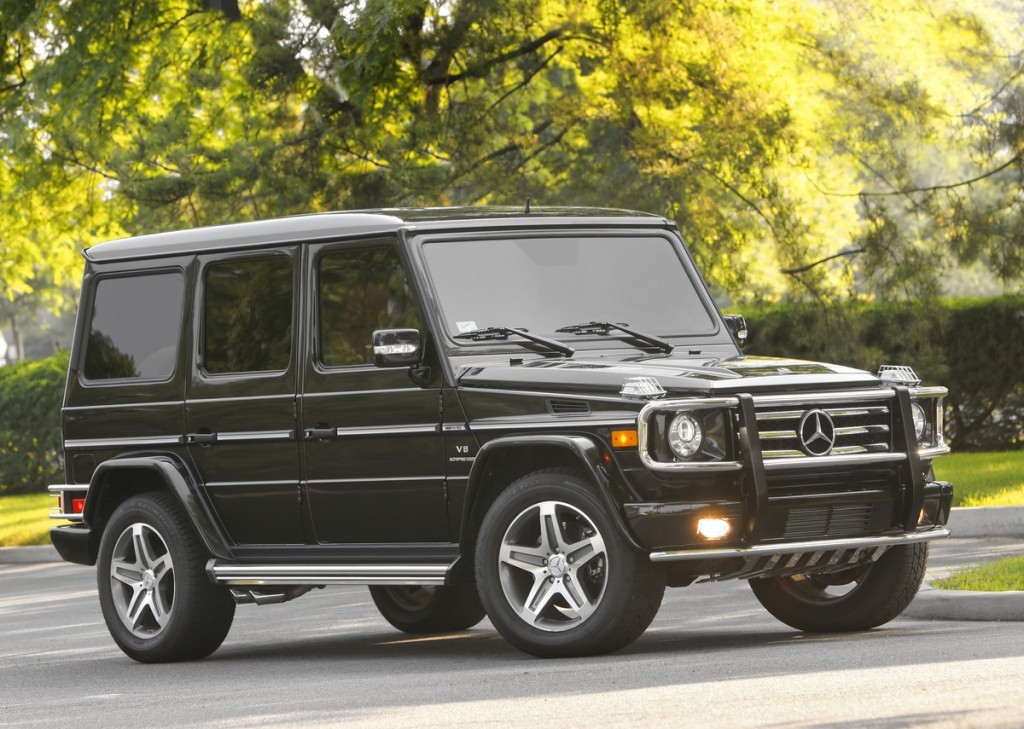 AMG has long been famous for its ability to wring performance out of nearly every Mercedes model, and when the G55 hit showrooms in 2003, it showed just how crazy it could get. Starting with Mercedes’s legendary G-Series truck, which began life as a military vehicle in 1979, AMG added better suspension, bigger brakes, and a 500-horsepower, 5.4-liter V8.

The result was a two-and-a-half ton truck armed with more power than a Ferrari 360 Stradale that could go from zero to 60 in the low five-second range. More than a decade later, the AMG G-Series is still in production as the G63 and G65 models.These trucks look almost exactly the same as the G55, except the G65 has a 6.0-liter, 612-horsepower V12. 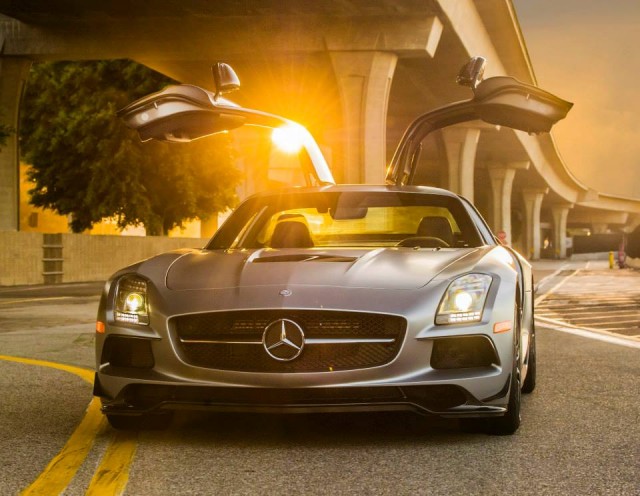 The SLS AMG was a noteworthy car for many reasons. Not only did its gull-wing doors and rounded tail evoke the classic Mercedes 300SL of the ’50s, and its 6.3-liter V8 produce a blistering 563 horsepower, it was also the first clean-sheet design by AMG for a Mercedes production model. In its four-year production run (it has just been replaced by the 2016 Mercedes-AMG GT) the SLS helped firmly establish Mercedes as a true Ferrari and Porsche competitor, and proved that gull-wing doors look cool in any era.

Based on the new Mercedes-AMG GT, the GT3 has its sights squarely set on the Porsche 911 GT3. Like the outgoing Mercedes GT3 model, the car retains its 6.2-liter V8, but its aluminum and carbon fiber construction helped it shed weight to become a bigger threat to the lighter Porsche. Like the CLK GTR, the GT3 has been designed primarily as a racer, but its unique front fascia and aggressive looks have proven so popular that Mercedes will offer a street-legal version sometime after 2016.

The history of AMG is oddly cyclical: It began when two ex-Mercedes engineers set up shop in a small garage after their former company discontinued its motor sports division in the mid-’60s, and it became the catalyst for the Mercedes’s incredible return to performance nearly 30 years later. Today, the AMG name is synonymous with world-class performance and innovation. For nearly 50 years, it’s been at the vanguard of German performance. With next-generation cars like the GT3, it looks like AMG will be at the top for a long time.