The best way to spread Christmas cheer is singing loud for all to hear.

For those who have been able to experience the joy of Elf, you’ll instantly remember Will Ferrell‘s words of wisdom as Buddy.

And although it’s been 15 years since the holiday film first hit the big screen, fans can’t get enough of the movie. In fact, chances are the flick is on your must-watch list before the year comes to an end.

Starring Zooey Deschanel, Mary Steenburgen and James Caan, Elf tells the story of an elf who was raised at the North Pole before being sent to the United States in search of his true identity.

Before you claim to be an expert on the movie, we’re celebrating the major anniversary with a few Elf facts you never knew about—until now. Sit back and enjoy some sweet sugar and syrup. 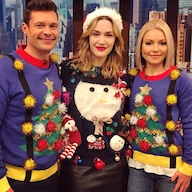 1. Jim Carrey was initially eyed to play Buddy the Elf. Instead, he went on to star in other holiday favorites including How the Grinch Stole Christmas and A Christmas Carol.

2. While it’s considered an uncredited role, A Christmas Story star Peter Billingsley made a special appearance in Elf to play Ming the Elf.

3. Although much of Elf was shot in Vancouver sound stages, some special moments were filmed in New York City such as the scenes outside Central Park, Rockefeller Center and Central Park West. 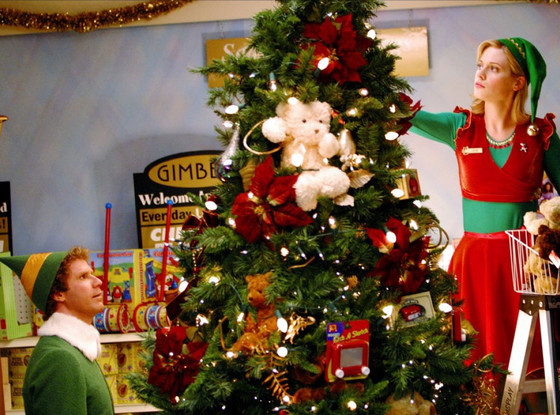 4. Even though Will was offered a reported $29 million to be part of Elf 2, the actor ultimately thought it wouldn’t be the best move. “Absolutely not,” he told USA Today when asked about a sequel. “I just think it would look slightly pathetic if I tried to squeeze back in the elf tights: Buddy the middle-aged elf.”

5. Remember the cotton balls Buddy ate while in the doctor’s office? As it turns out, they were reportedly cotton candy that hadn’t been dyed.

6. While viewers thought Buddy was in the department store Gimbels, we’ve learned the outside was actually a digitally altered  view of the Macys on New York City’s 34th Street.

7. Who can forget Buddy’s 12-second burp. While many would assume it’s done by Will, it was actually completed by Maurice LaMarche who is the same voice actor as Brian from Pinky and the Brain.

8. Remember when Buddy was escorted out at the Empire State Building? As it turns out, one of the security guards was played by Will’s real-life brother Patrick.

9. While we LOLed when Buddy pressed all the elevator buttons to make it look like a Christmas tree, we can confirm there aren’t that many buttons in one Empire State Building elevator.

10. Sadly, Elf lost the Favorite Movie award at the 2004 Kids’ Choice Awards. To be fair, they had some tough competition with Bruce Almighty, Daddy Day Care and ultimate winner Finding Nemo.