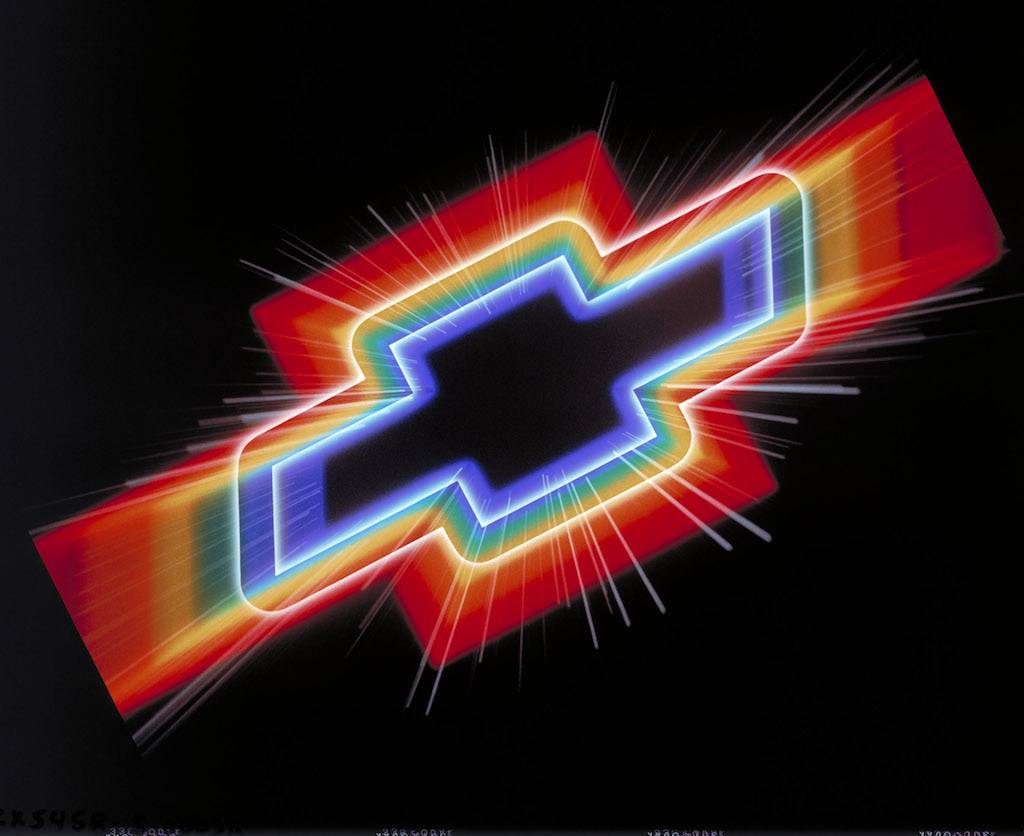 Chevrolet bowtie graphic, as it appeared in conjunction with 1985’s “Heartbeat of America” ad campaign. | Chevrolet

It’s no exaggeration: Chevrolet is everywhere. A few other American brands are as big (Apple, Coca-Cola, Levis, Amazon, and Google come to mind), but it’s hard to think of one that has as wide a reach as Chevy does. Regardless of who you are, chances are you own or have owned a Chevy at some point. The same probably goes for your parents, grandparents, and great-grandparents too. In 1975, its marketing team launched the slogan “Baseball, hot dogs, apple pie, and Chevrolet,” and a few years later, it called itself “The Heartbeat of America.” Had it been any other company, these tag lines could have come across as incredibly arrogant, maybe even offensive. But Chevy could get away with it, because by and large, they’re true. Despite its French name, the automaker is an undisputed cornerstone of American culture.

And with good reason: Chevy has arguably built more automotive icons than any other automaker. The Suburban, Corvette, tri-five Chevys, Chevelle, El Camino, Camaro; the list goes on. Even some of its biggest flops like the Corvair and Vega were so spectacular that people still remember them, for good or ill.

But when you’ve been churning out millions of cars for 106 years straight, some models tend to fall through the cracks. So we’ve gone over the brand’s illustrious history, and found 10 vehicles that just didn’t stick around. Some were pretty good, some were awful, and a few were just ahead of their time. Read on to see if you remember these 10 forgotten Chevys. 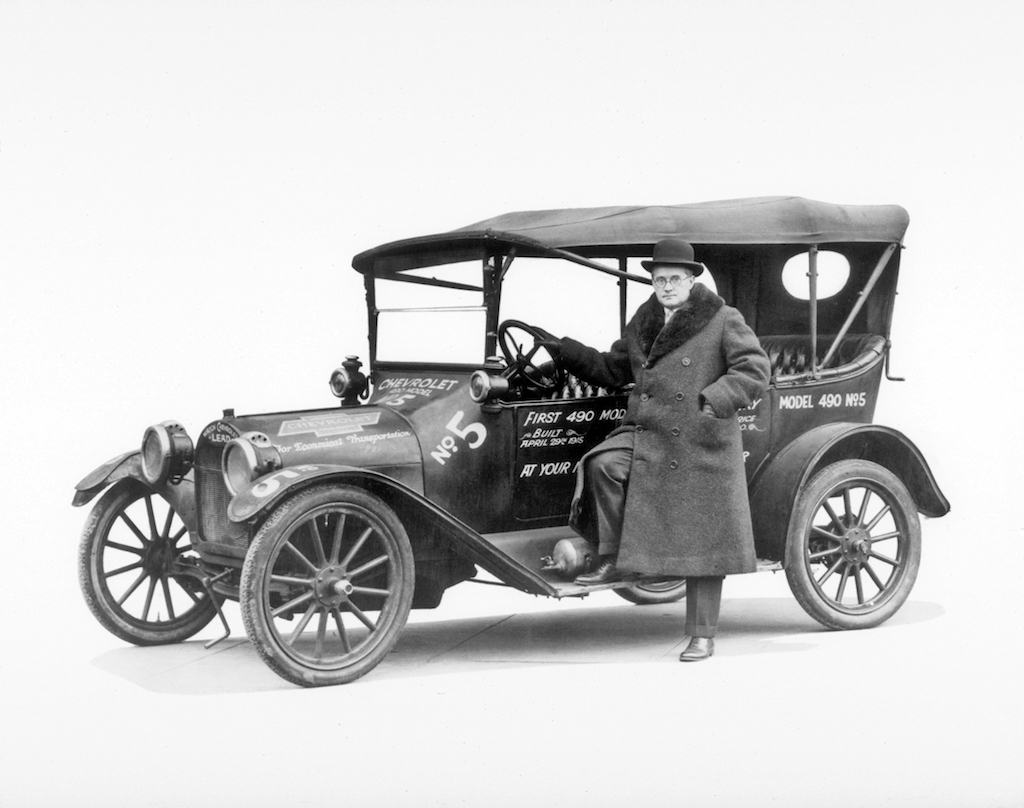 If the Model T was the car that put America on the road, then the Model 490 is the car that launched the Ford/Chevy rivalry. Launched in 1915 (for $490), the car was Chevy’s first attempt at a mass-market car, and started at $5 cheaper than the Ford. Compared to the spartan Tin Lizzie, the Model 490 could be had with electric lights and a starter — major innovations for the era. By the time production ended in 1922, over 750,000 units had been sold, giving Chevy founder (and exiled General Motors board member) William Durant the money to rejoin GM and buy a controlling stake in the company. From then on, Chevy would be the General’s mass-market brand. 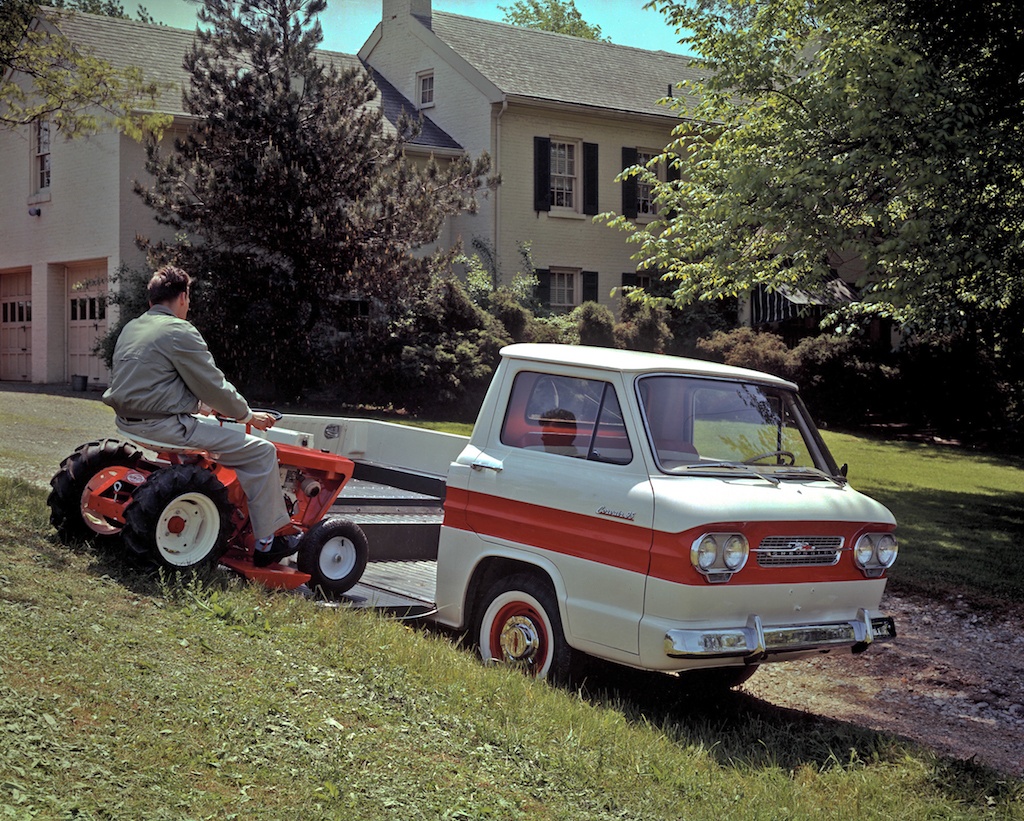 For a brief time in the early ’60s, Chevy was convinced that its radical Corvair architecture would be a success. So from 1961 to 1964, it offered the Greenbriar Rampside, a rear-engined, air-cooled pickup truck. Mechanically similar to the Corvair-based Greenbriar vans, the Rampside had a tailgate as well as a side gate that doubled as (surprise) a ramp. Thanks to their flat center loading floor (the tailgate area was raised to house the engine) and ease of entry, Rampsides became popular work trucks; unfortunately they never quite caught on with the truck-buying public. Production ended in 1965 after just over 20,000 were sold, making them one of the rarest Chevys of the 1960s. 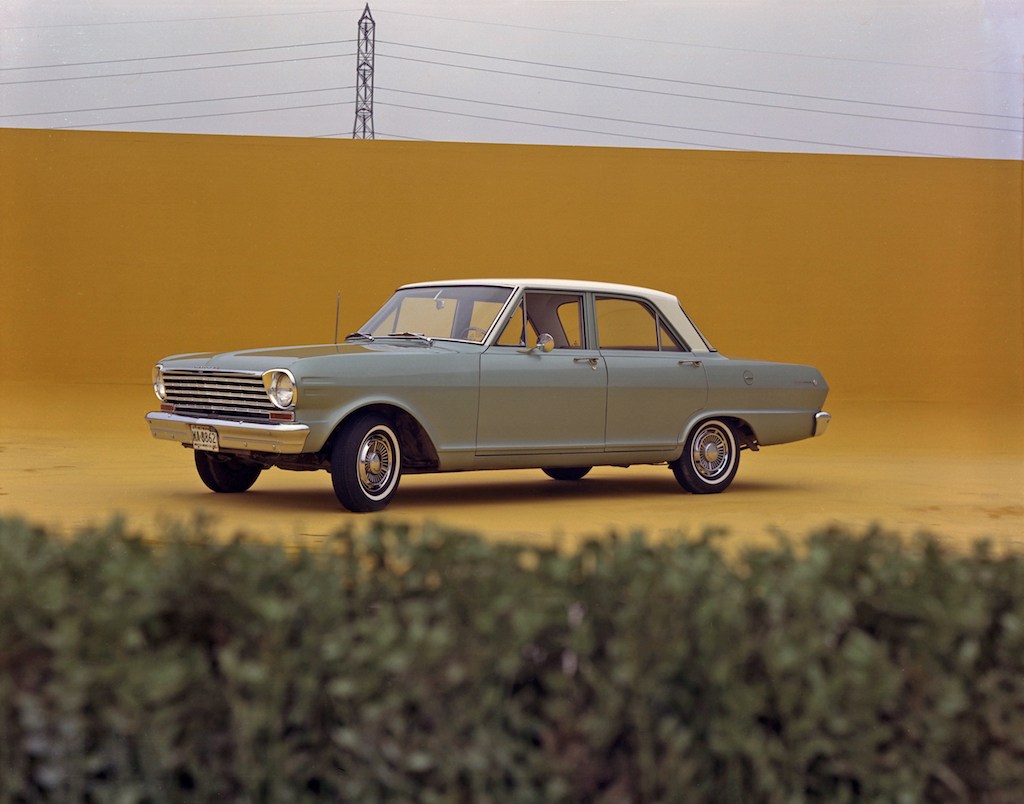 Once Chevy realized that the Corvair wasn’t going to take over the world (this was even before Ralph Nader’s exposé), it launched a crash program to build a more conventional car to compete with Ford’s fast-selling Falcon. The result: The Chevy II. Often referred to incorrectly by casual fans as the Nova or Chevy II/Nova, for the first six model years. “Nova” merely served as the boxy car’s top trim level — so all early Novas were Chevy IIs, but not all Chevy IIs were Novas. Got it?

It was never quite as popular as Ford’s compact, but a sleek restyling in 1968 shot the car to the top of the compact segment. That year, the Chevy II moniker would be dropped for good, and the car would officially become the Nova. 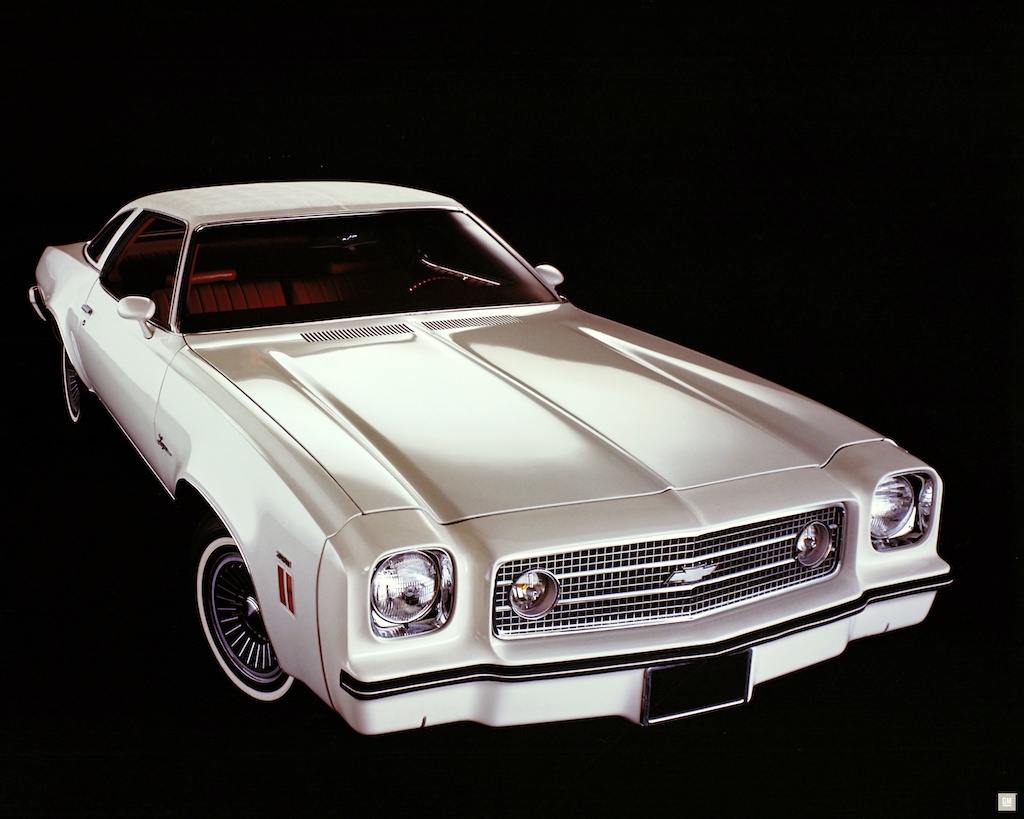 Launched for 1973, the Laguna sat at the top of the Chevelle lineup, combining the sporty dynamics of that car with the comfort of the Monte Carlo personal luxury coupe. As most cars got shackled with heavy, clunky five-mile per hour impact bumpers after 1974, GM’s form-fitting polyurethane units helped make the Laguna stand out with a clean and uncluttered look. Despite a muscular-looking redesign for 1975, and a reputation as one of the most successful cars to compete in NASCAR in the ’70s, the Laguna disappeared in 1976 after just over 100,000 were sold. Today, they’re one of the rarest (and better looking) American coupes of the era. 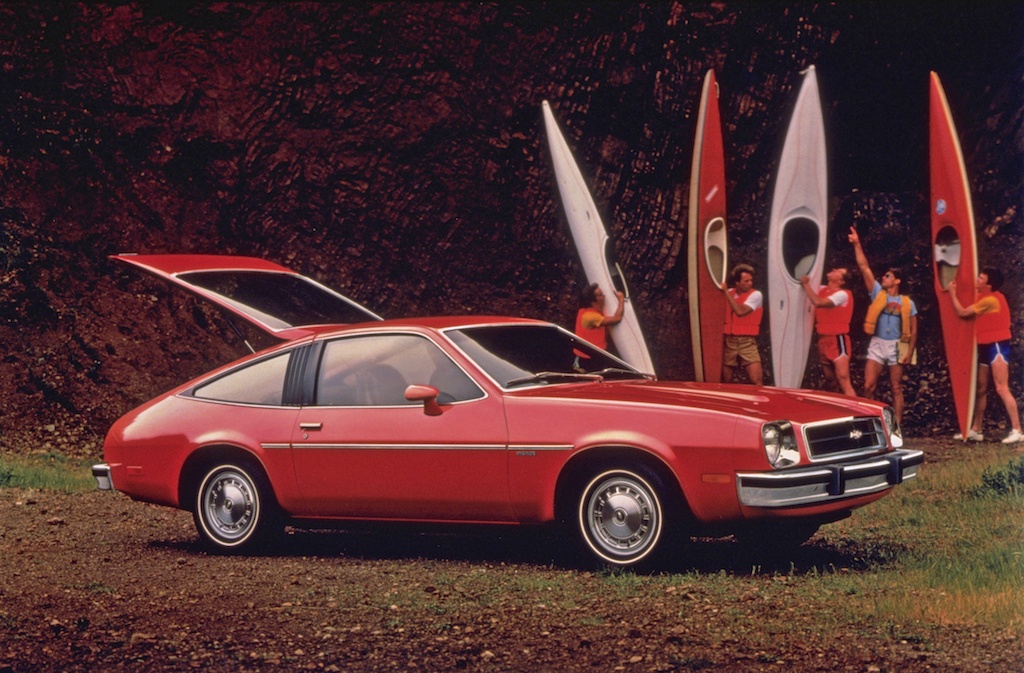 Like the Corvair, the Vega started out strong, but quickly became a nightmare for Chevy. So in 1975, it unveiled the Vega-based Monza for two reasons: 1) It desperately needed a sporty Mustang II competitor, and 2) the Vega nameplate was quickly becoming poison to compact car buyers. The Monza was relatively handsome and sporty for the era, and could even be had with a V8. But by the end of the decade, the rear-wheel drive coupe looked dated compared to the rising tide of front-wheel drive Japanese imports. The Monza disappeared after 1980. 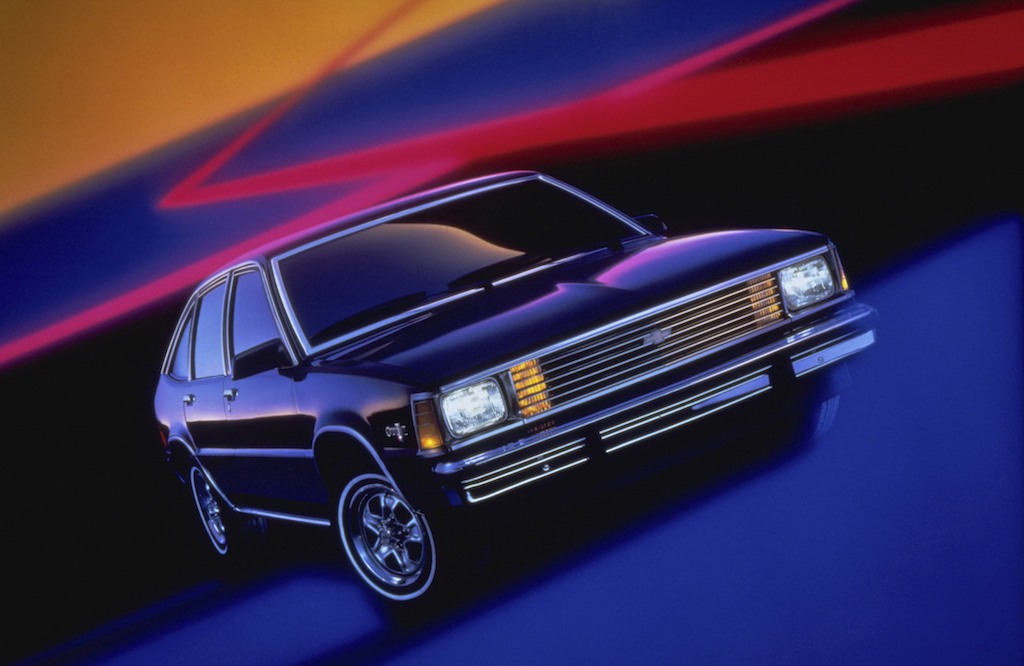 There are a lot of reasons why the Citation shouldn’t have been forgotten, but it has been. Bursting onto the automotive landscape in 1980, it seemed to be a revelation for GM. A full 20 inches shorter and 800 pounds lighter than the ancient Nova it replaced, the Citation was GM’s leap forward into the world of front-wheel drive compacts that buyers were demanding. But poor build quality made them dangerously unreliable straight from the factory, violent torque steer caused many a confused driver to spin out of control, and the rear brakes had a nasty habit of locking up under regular braking. Most of the problems were ironed out by 1981, and in ’84, its name was changed to Citation II to reflect the changes. But buyers had had enough, and in 1985, the car was discontinued. Over one million Citations were sold (mostly in the first year); good luck finding one on the road today. 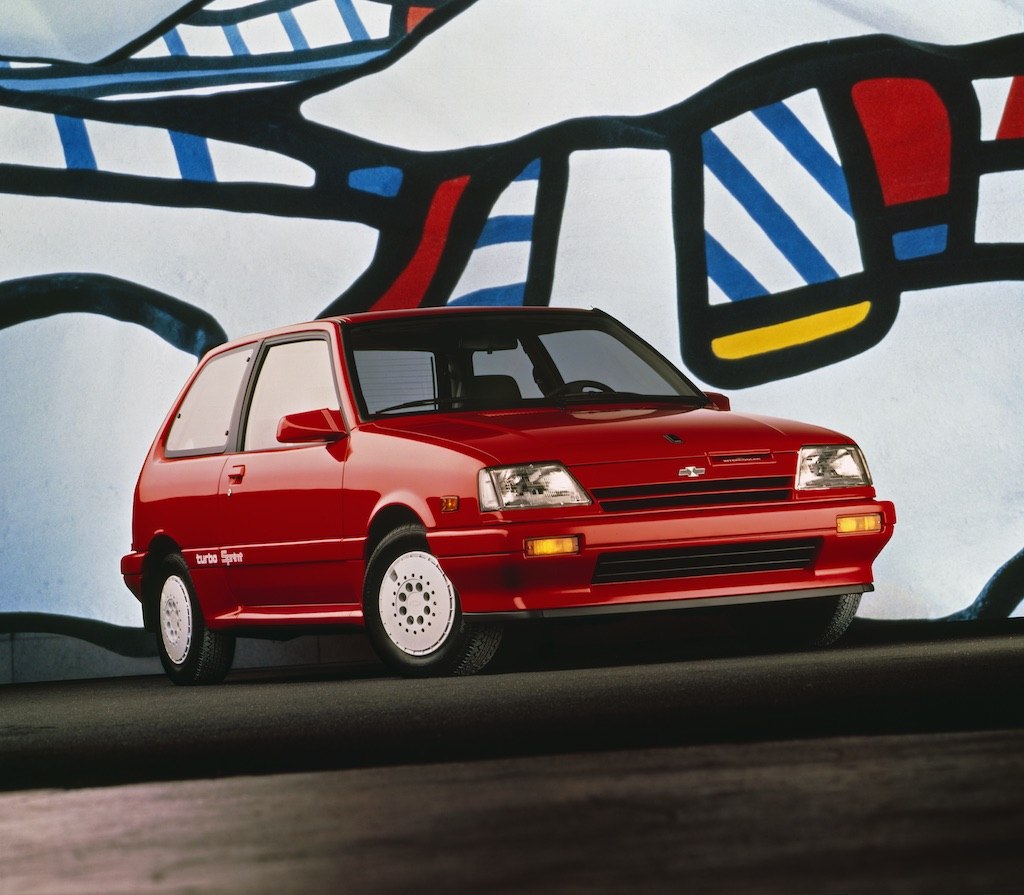 Like the Citation, the Sprint ushered in a new era for GM. In the early ’80s, as Japanese imports flooded the American market, GM began work on the M Platform, architecture designed to underpin a series of affordable, front-wheel drive subcompacts. But the bean counters couldn’t find a way to make a business case for the proposed cars, so GM gave the platform to Suzuki — in exchange for a 5% stake in the company and a version of the car to sell in the U.S.

The first M Platform car was the 1984 to ’88 Chevy Sprint, a car that was designed and engineered by GM, but built under license from Suzuki. When GM launched its captive import brand Geo in 1989, the Sprint got a redesign and a new identity as the Geo Metro. That car, astonishingly, was sold until 2004. The Sprint may not be remembered today, but it marked the beginning of Chevy’s turning to Asian automakers for its entry-level cars; a trend that carries on today with the Korean-sourced Chevy Spark. 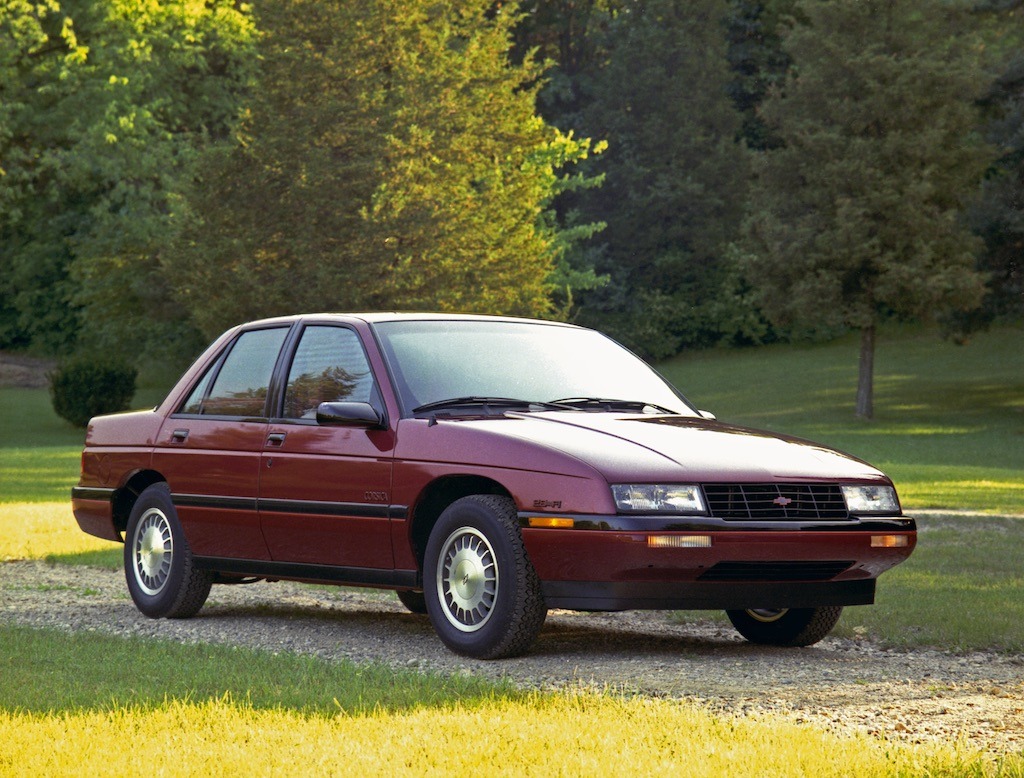 Chevy may have built some of the most exciting American cars of all time, but the Corsica is certainly not one of them; in fact, you could make an argument that it’s the opposite of an exciting car. Launched in 1987, the Corsica wasn’t initially sold to the public — it was sold to rental car companies and fleets first. When it hit dealerships in 1988, it became the second best-selling car in America, and even saw success in the European market. But the car was barely updated throughout its production run, and disappeared after 1996. Like many old rental cars, most Corsicas were used up, then sent to the crusher. Today, they’re a rare sight on the roads. 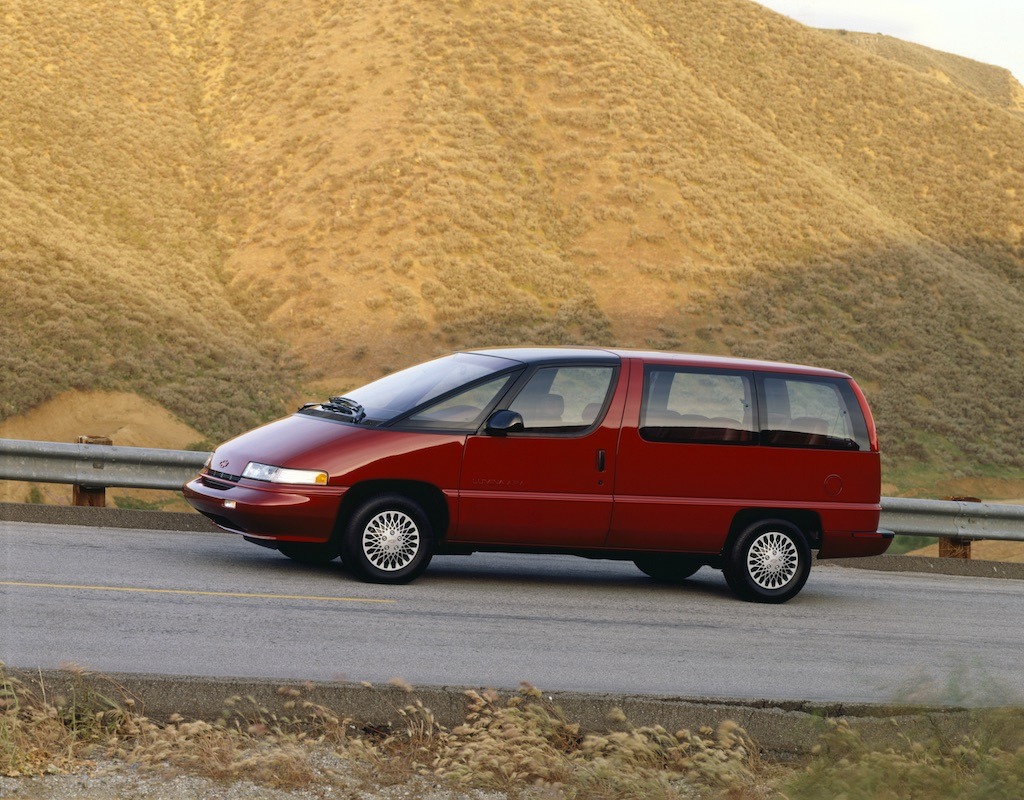 The S10-based Chevy Astro was arguably the most durable minivan on the market back in the ’80s, but it did little to slow the Dodge Caravan/Plymouth Voyager/Chrysler Town & Country sales juggernaut. So in 1989, GM launched the radical-looking Pontiac Trans Sport, Oldsmobile Silhouette, and Chevy Lumina APV. On top of their avant-garde wedge shape, the vans featured rust-proof and dent resistant plastic body panels, seating for up to seven, and a power sliding door. But an overworked base engine returned disappointing performance and fuel economy, and their looks weren’t for everybody (the automotive press dubbed the vans “the dustbusters”). A more conventional looking redesign came for 1994, but by ’96 the vans were history. The Lumina APV (or “All Purpose Vehicle”) would be replaced by the far more orthodox Chevy Venture. 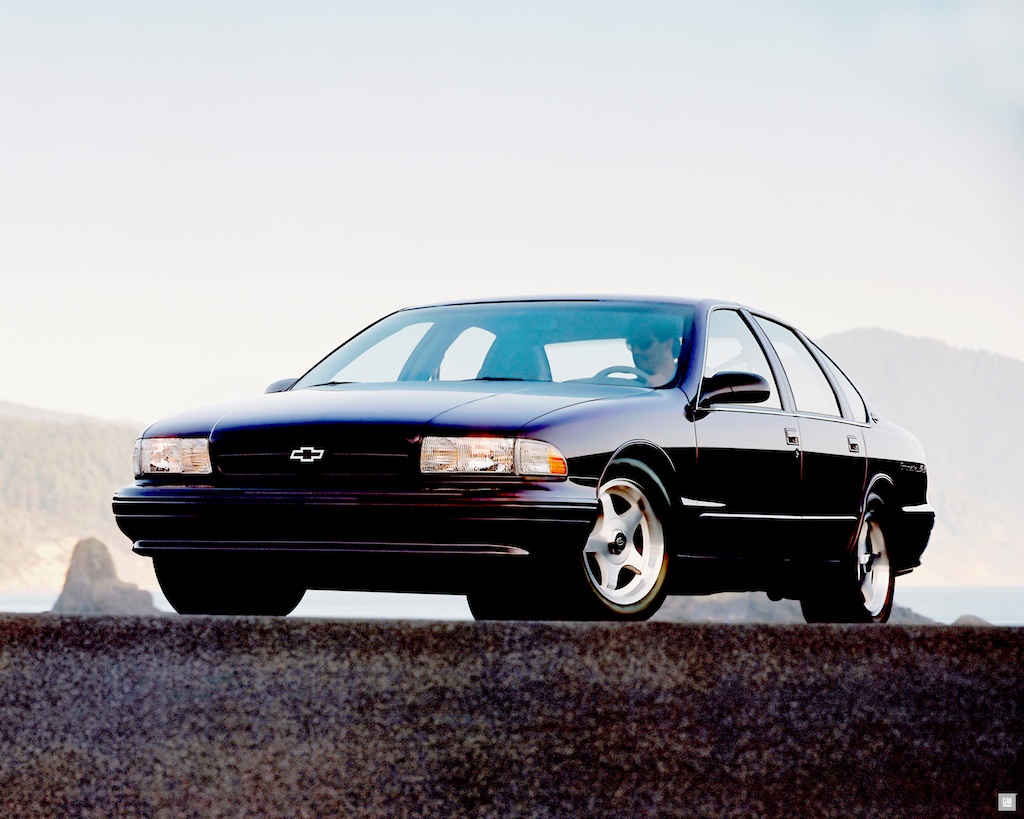 The 1994 to ’96 Impala SS is one of those cars that seems to be more common now then it was new. Why? Because when it was introduced as a show car in 1992 (the Impala name had been gone since 1984), Baby Boomer nostalgia was in full swing, and the fast full-size cars of the ’60s were quickly becoming collectibles. Due to a massive demand for the car, Chevy gave it the go for production, and it hit the dealerships in 1994. Based on the Caprice 9C1 police package, the Impala SS was lowered, given bigger brakes, a revised suspension, and a 260 horsepower 5.7 liter V8 from the Corvette was dropped under the hood. On the outside, its monochromatic trim, five-spoke wheels, and raised “Impala SS” badges on the rear quarter panels set it apart from rank-and-file Caprice models.

The Impala SS disappeared when the full-size Caprice did in 1996, after fewer than 70,000 cars had been sold. They’re still a common sight today, though more than a few out there are Caprice “tribute models” built by owners who can’t afford the real thing.