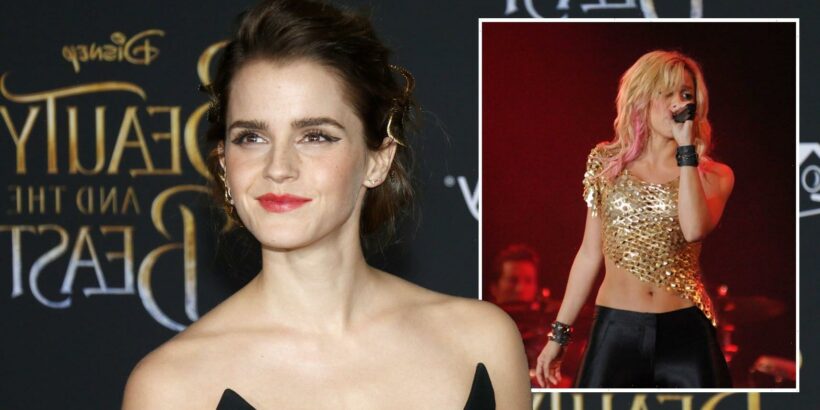 One of the benefits of celebrity fame is being able to donate a percentage of the exponential income to help a variety of causes that are personal. Traditionally, philanthropy has been dominated by men and the hierarchical structure of business. But several famous and powerful women have chosen to enter into the charity sphere by founding their own nonprofit organizations. Ranging from empowering survivors, creating well-deserved opportunities, and building homes for the homeless, these celebrity women have contributed to making the world a better place.

Some of the celebrity nonprofits are inspired by real-world situations that their fictitious characters experienced on screen. Others are inspired by personal family tragedies that the celebrities have overcome themselves. Regardless of the motive for their beginnings, these charities started by powerful women celebrities have contributed to positive changes that have gone on to inspire, support, and encourage a wide range of individuals. Here are ten powerful women who have formed their own nonprofit organizations.

RELATED: 10 Celebrities With Big Hearts And Their Own Charities

HeForShe is a nonprofit organization created by Harry Potter star Emma Watson that is designed to fight for Gender Equality. One of her biggest publicity stunts that brought attention to the organization occurred in March of  2016 when she turned the iconic Empire State Building pink for International Women’s Day. In addition to her organization, she is known for being a UN Women Global Goodwill Ambassador. Her dedication to the group led to her taking a year off of acting in 2016 to focus solely on the organization. The group runs an online book club, an art fair in New York, and created the IMPACT 10x10x10 group that commits to gender equality through governments, corporations, and universities.

Lady Gaga first founded the Born This Way Foundation in 2011, a year after the hit record of the same title was released. She co-founded the foundation with her mother Cynthia Germanotta and focused on youth empowerment issued such as improving self-confidence issues, anti-bullying, personal mentoring, and career development for a variety of individuals who identify with the LGBTQIA+ community. The foundation has partnered with several other major charities and organizations including the John D. & Catherine T. MacArthur Foundation, the California Endowment and the Berkman Center for Internet & Society at Harvard University.

One of the most powerful, experienced, and successful women on this list is Oprah Winfrey which explains why her charity is the most diverse and far reaching. Oprah’s Angel Network first began as a means of helping different guests on her program back in September of 1997. Beginning with a focus on college scholarships, it wasn’t long before the organization had raised over $3.5 million from several different celebrities to fund over 150 unique scholarships. That same year, the organization also went on to build over 200 homes in conjunction with Habitat for Humanity. The company has since expanded into a $72 million force that serves the community in a variety of helpful ways.

Shakira founded the Barefoot Foundation when she was just 18 years old. The nonprofit provides a variety of sources to impoverished children throughout Colombia. She and her foundation provide both education and nutrition and have now started expanding their help to Haiti and South Africa as well. Her work culminated in being selected as a member of President Obama’s Advisory Commission on Educational Excellence for Hispanics.

When Jennifer Lopez found a bump on her daughter Emme’s forehead, she began to feel the pain of struggling families who couldn’t afford to provide healthcare for their children. Lopez and her sister Lynda joined forces with fellow charities Children’s Hospital Los Angeles and Telemedicine to develop The Maribel Foundation. The foundation quickly grew, partnering with titans of the industry including Samsung and Best Buy and in 2012 the name changed to The Lopez Family Foundation.

Beyonce and fellow Destiny’s Child member Kelly Rowland first founded the Survivor Foundation after Hurricane Katrina devastated the families of New Orleans. With over $125 billion in damages from the storm, the Survivor Foundation helped rebuild houses and provide food and clothing for a variety of the victims. The foundation is also known for their Music World Cares Christmas Carnival which enables over 300 low-income households to enjoy a day of entertainment, food, music, and celebration.

Miley Cyrus founded the Happy Hippie Foundation in 2014 to focus on youth homelessness for members of the LGBTQIA+ community. Within 24 hours of her promoting the charity at the 2014 TV Music Awards, the nonprofit earned over $200,000 in donations. By 2016, the foundation had provided 40,000 meals, 20,000 snacks, and 40,000 pairs of underwear and socks to homeless children. Lately, the foundation has focused on several events related to art and animal therapies.

The MuttNation Foundation was founded by both Miranda Lambert and her other Bev as a nonprofit dedicated to finding dogs a happy home in 2009. Through a series of adoption drives and events including Fill The Little Red Wagon and Mutts Across America, the company has helped save both families and dogs. As part of the ten year anniversary of the foundation, Mutts Across America donated $150,000 to animal shelters across the United States.

While portraying Olivia Benson on the popular series Law & Order SVU, Hargitay quickly discovered a criminal underbelly that disclosed several real life instances of sexual assault, domestic violence, and child abuse throughout the United States. Impacted by the show shedding light on these circumstances, Hargitay stepped up to found the Joyful Heart Foundation dedicated to supporting survivors during their healing process and cracking down on responses in an attempt to eliminate all the criminality altogether. Founded in 2004, the foundation continues to serve the community through retreats that prioritize the mind, body, and spirit as well as creating several initiatives such as ending the Rape Kit Backlog, the documentary I Am Evidence, engaging with men and boys, and starting the Heal the Healers program that pairs up trauma patients with equipped professionals to seek help and provide any needed assistance.

READ NEXT: 10 Of The Biggest Celebrity Charity Scandals