Two former burglars have shared their tips on how to best protect your home from intruders.

The ex-criminals, who spoke on the condition of anonymity, revealed the 10 steps all  homeowners can take to secure their property, particularly before heading off on holiday.

Some focus on ways to make your home look less appealing to potential intruders, including installing fake burglar alarms and security cameras outside.

Others offer tips to safeguard yourself against becoming a target in the first place, like by reducing the amount of information you share on social media.

The guide was created in partnership with Bark.com, a UK-based listings website for service professionals, which has seen a 42 per cent increase in the demand for home security services.

Think you need to brush up on your home security? Scroll down to find out more… 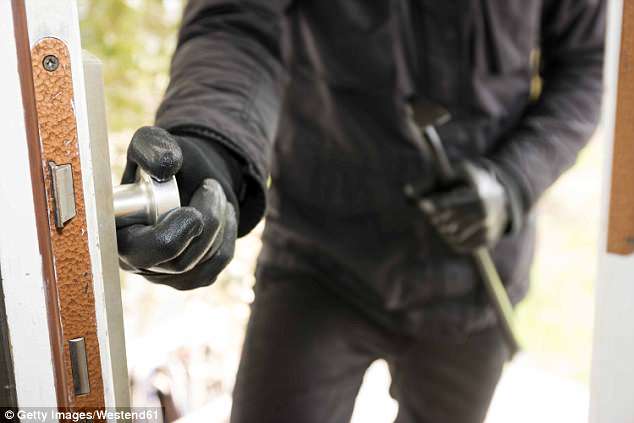 The ex-criminals, who spoke on the condition of anonymity, revealed the 10 steps all homeowners can take to secure their property, particularly before heading off on holiday. Stock image

Take passports and driving licenses with you

Criminals can easily commit identity fraud with this information. It’s a modern-day crime that is less risky and growing in popularity.

Be sure to take your key identity documents with you every time you go away on holiday, even if you don’t need them to travel.

Use a recording of a dog barking

A dog’s bark will make thieves think twice about breaking in. They’ll think that someone else is in the house or that the dog will attract unwanted attention to them.

Some home security companies offer alarms with these recordings built in.

The installation of a deadlock will make it a lot harder and time-consuming to pick a lock. In most cases, a burglar will move on when they realise they’re up against a deadlock. 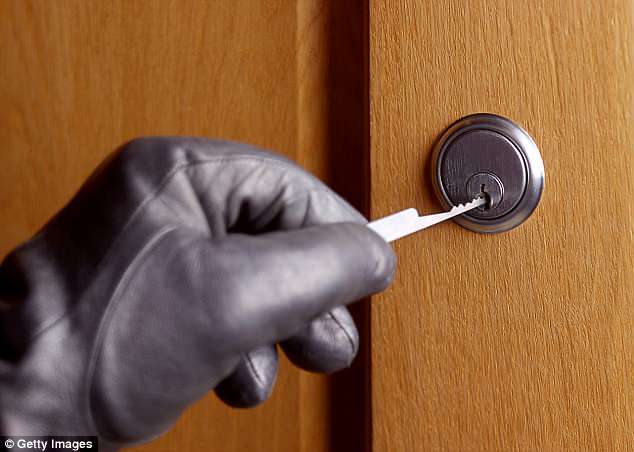 Some focus on ways to protect yourself if intruders do approach, including installing a deadlock. Stock image

Too many people freely put information about their schedules on social media, which helps burglars when it comes to figuring out when to steal from a property.

Check your home insurance policy too, as some may pay out less or not at all if you’ve published that you’re away on social media.

Keep on top of your gardening

If the lawn is freshly mowed, then burglars will question whether a house is in fact vacant. It also gets rid of any potential hiding spots.

Burglars will watch houses for a few days to see patterns of the occupants so it’s a good idea to hire a gardener to come around whilst you’re away.

Install a burglar alarm – or use a fake one

An alarm, even if its just a convincing fake, might be enough to deter any burglars from even attempting to break into your home.

If you’re put off by the cost, sometimes just the sight of one will put a thief off so you don’t necessarily need to fork out for a real one.

Like with burglar alarms, these don’t always need to be functioning. If a burglar is casing your home, they’ll likely avoid yours because of the increased risk of getting caught.

Make sure keys are hidden from sight

If someone can see keys from your window they’re more likely to break in. Keys will also give intruders access to other areas of your home, such as your garage, and your car.

These lights will come on when anyone comes near your property, making sure that burglars can’t break in without being seen.

They might also be enough to attract the attention of neighbours if you are away.

Put WD-40 on your window sills

An unconventional but effective way to get rid of thieves trying to get in your home. The WD-40 will make it difficult for them to grip and use the window sill to climb into your home.