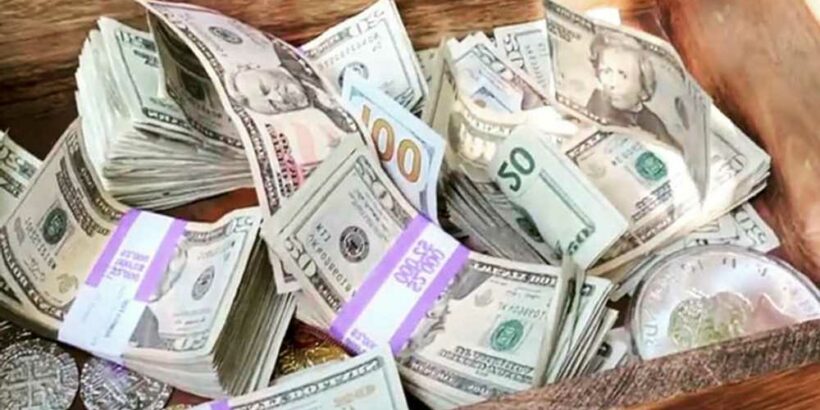 Treasure hunters are flocking to the Utah wilderness in search of a buried chest filled with $10,000.

Explorer enthusiasts John Maxim and David Cline have unleashed a wave of treasure hunter tourism on the greater Salt Lake City area after promising their followers online that a treasure of $10,000 cash and “some other cool stuff” is buried somewhere in the forest just outside of town. The pair shared a poem on social media as a clue of where to find it, promising more hints as the race continues.

ABC4 in Utah reported that the pair had pulled off a similar stunt in 2020 with a prize of $5,000, with the hope that the event would give cooped-up families “something fun” to do during the pandemic.

But the game ended after just four days.

“We completely underestimated you guys last time. You figured it out so fast, so we’re going to make it a little more difficult this time,” Maxim said in a video with Cline.

Folks from coast to coast have vowed to join this season’s hunt, according to Cline and Maxim, who have received well over 1,000 inquiries so far.

Last year’s contest had drawn so much tourism to the area that the trails around Salt Lake City were “crawling” with looters, according to last year’s winner. Cline told ABC4: “It was chaos.”

They’ve worked to add elements of difficulty this time around, the men said.

“It gets pretty wild,” said Cline. “And the thing is, everybody thinks by DMing me that I’m going to give them some special clue. We just kind of respond with ‘Nope. Wait for the weekly clues.’ ”

That’s because it’s not about the prize, it’s about the adventure. Cline described comments from parents whose kids “had so much fun looking … even though they didn’t find anything.”

The privately funded project has become so popular that the men hope to begin fund-raising for future hunts.

“I don’t know if my wife is going to let me continually bury money,” Cline joked.