With just over two weeks to go before the big day, Meghan is no doubt experiencing some pre-wedding nerves.

And now, her secret to combating stress has been revealed: a £26.50 health supplement that’s been described as ‘nature’s anti-depressant’.

Prince Harry’s fiancée, 36, is understood to be a fan of the Ashwagandha elixir from London-based wellness brand Glow Bar.

Meghan has previously described how she takes the ancient herb, which has been proven to calm the mind and boost your immune system, as well as hydrating the skin. 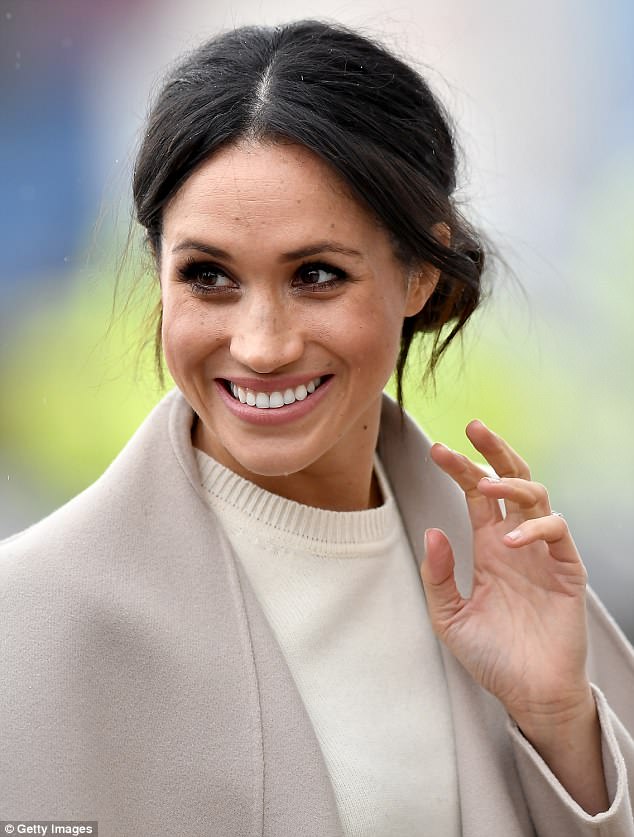 Meghan is known to be an advocate of the superherb ashwagandha, which can calm the mind and boost your immune system

Glow Bar’s Ashwagandha elixir is taken by stirring a teaspoon of the blend into your tea or coffee once a day.

Meghan has previously said she is a fan of the superherb, revealing in an interview in 2015 that it was among her regular supplements. 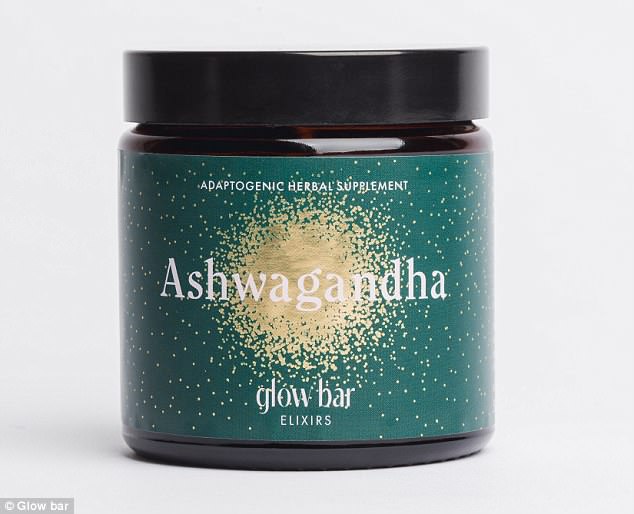 Prince Harry’s fiancée, 36, is understood to be a fan of Glow Bar’s £26.50 supplement, which is stirred into tea or coffee 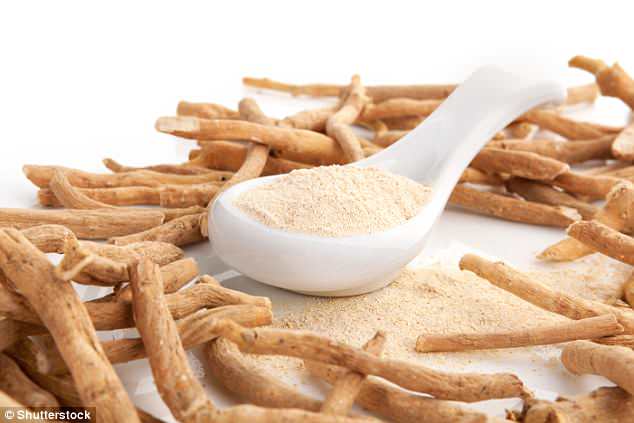 The supplement, which has been described as ‘nature’s anti-depressant’, comes from the root of the ashwagandha plant

‘Ashwagandha calms your body, mind and soul, especially when you’re feeling low, and strengthens your qi to keep you balanced, animated and, ultimately, happy’.

The supplement comes from the root of the ashwagandha plant, which is found in India, the Mediterranean, and western Asia.

Describing the benefits of the herb, expert Rachel Landon previously explained: ‘Ashwagandha helps to energise the body, but rather than also jangling and stimulating the mind it has a soothing, calming effect,’

Meghan revealed in a past interview that she takes daily supplements to stay healthy.

Speaking to The Chalkboard magazine, she revealed that these include ‘Magnesium, B-12 drops, multivitamin and Cortisol Manager before bed, before adding ‘Sometimes ashwagandha makes it into the mix too!’