Barack Obama, relationship guru! Former president’s ex-staffer reveals the three questions he said everyone must ask themselves about their partner before getting married

This October, Barack Obama will celebrate the 26 years of marriage to Michelle. The impressive milestone indicates that the former President of the United States knows a thing or two about enduring romantic relationships.

He’s also happy to share his secret. Dan Pfeiffer, who formerly served as Senior Advisor to Obama, 56, said the President was quite proud that so many people met their partners while working for him, and had a bit of advice he liked to share with couples who were getting serious.

Pfeiffer published the nugget of wisdom in his New York Times bestseller, Yes We (Still) Can: Politics in the Age of Obama, Twitter, and Trump. 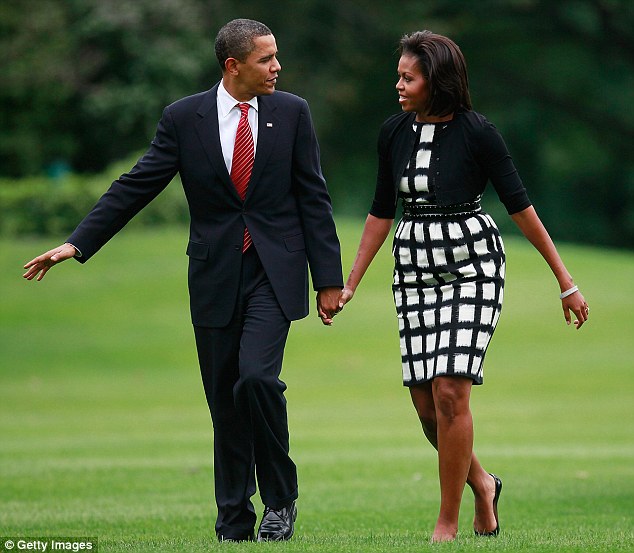 Squee! A former staffer for Barack Obama, pictured with wife Michelle in October 2009, has shared the President’s love advice 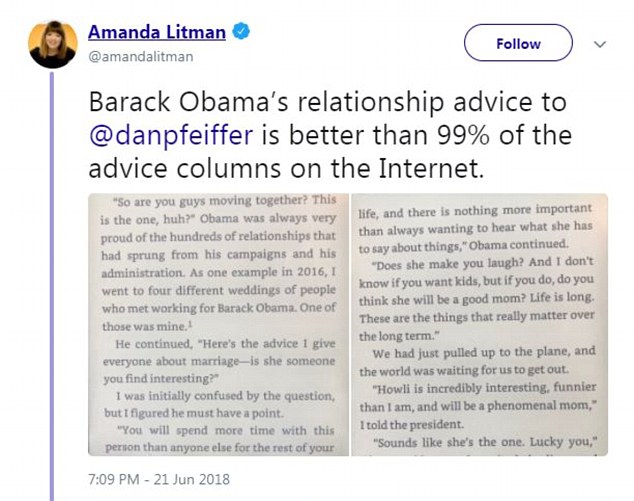 Too sweet: Run For Something’s Amanda Litman discovered the nugget an tweeted it 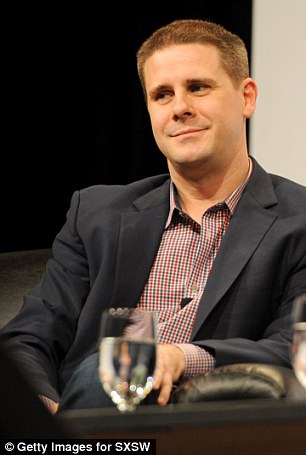 Sage: The advice was given to Dan Pfeiffer, who formerly served as Senior Advisor to Obama. He recorded it in his book, Yes We (Still) Can

Run For Something’s Amanda Litman was reading the book recently when she came to the sweet passage, which she shared on Twitter.

‘Barack Obama’s relationship advice to @danpfeiffer is better than 99% of the advice columns on the Internet,’ she wrote. 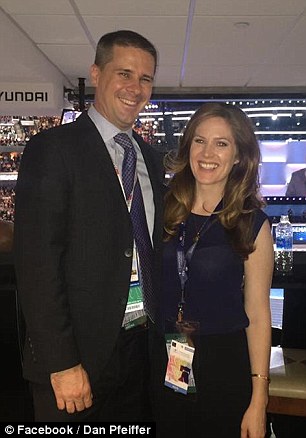 Love in the White House: Pfeiffer met his wife Howli (pictured) while working for Obama

In the passage, Pfeiffer — who is currently co-host of the Pod Save America podcast and a contributor to CNN — thought back to the time he was still dating his now-wife, Howli, whom he met while working for the President.

Pfeiffer said their relationship was just one of many that came out of Obama’s staff. In 2016 alone, he went to four weddings for people who met while working for Obama, including his own

‘Obama was always very proud of the hundreds of relationships that had sprung from his campaigns and his administration,’ he wrote.

And when Obama found out that Pfeiffer was moving in with Howli, he congratulated him — and got serious.

‘Here’s the advice I give everyone about marriage,’ Obama said, before launching into three important questions a person should ask him or herself. 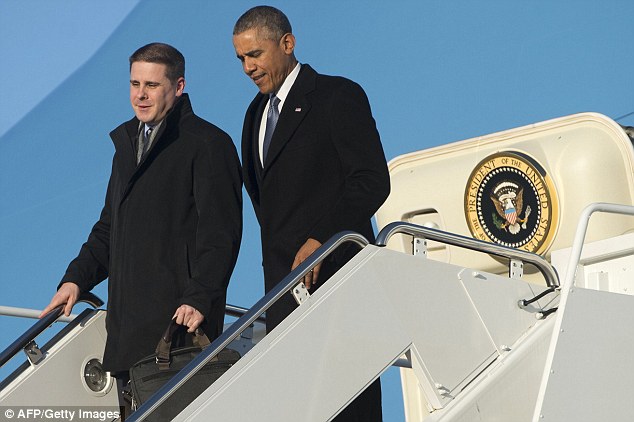 Recipe for romance: Pfeiffer said Obama was quite proud that so many relationships sprung from his campaign and administration 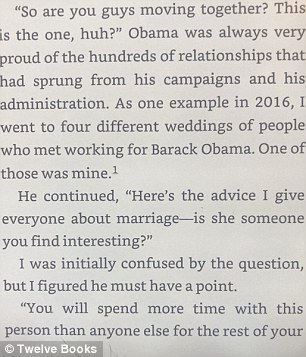 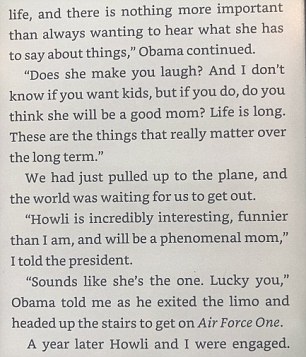 The advice: Obama said it’s important to ask yourself three questions, the first of which being where you find your significant other interesting

First, he asks: ‘Is she someone you find interesting? You will spend more time with this person than anyone else for the rest of your life, and there is nothing more important than always wanting to hear what she has to say about things.’

Second, he asked: ‘Does she make you laugh?’

And third, he said: ‘I don’t know if you want kids, but if you do, do you think she will be a good mom?

‘Life is long,’ Obama told him. ‘These are things that really matter over the long term.’

When Pheiffer told Obama that Howli meets all those requirements, Obama said, ‘Sounds like she’s the one. Lucky you.’

Obama himself has been pretty lucky in the relationship department, as he and Michelle, 54, still seem to be very much in love, 29 years after they first laid eyes on each other.

The pair met in the summer of 1989, when Michelle (née Robinson) was assigned as Barack’s mentor at the Chicago law firm Sidley Austin LLP. She was 25 and already working there, while he was 28 and had just graduated from Harvard, her alma mater. 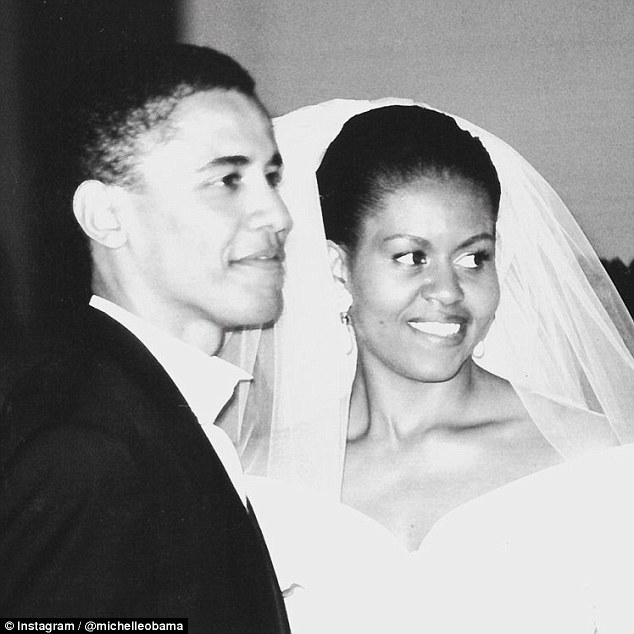 Cute: The second question Obama, pictured at his 1992 wedding to Michelle, mentioned is whether your significant other makes you laugh 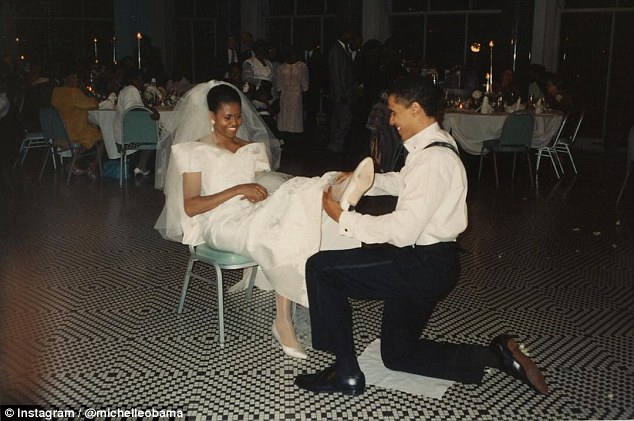 Lifetime: Finally, if you want kids, it’s important to ask whether the person you are with will be a good mother or father

‘Barack, about a month in, asked me out, and I thought no way. This is completely tacky,’ Michelle told ABC News.

Eventually, his persistence paid off and she said yes. Their first date took them to a museum, a movie, and an ice cream shop.

Two years later, they were enjoying a meal out when Barack popped the question.

‘We were at a restaurant having dinner to celebrate the fact that he had finished the bar,’ Michelle said. ‘And that was supposedly the reason. And then the waiter came over with the dessert and a tray. And there was the ring. And I was completely shocked.’

‘Barack didn’t pledge riches, only a life that would be interesting. On that promise he delivered,’ Michelle said.

‘Twenty five years later, we’re still having fun, while also doing the hard work to build our partnership and support each other as individuals,’ she wrote on Instagram this year. ‘I can’t imagine going on this wild ride with anybody else.’