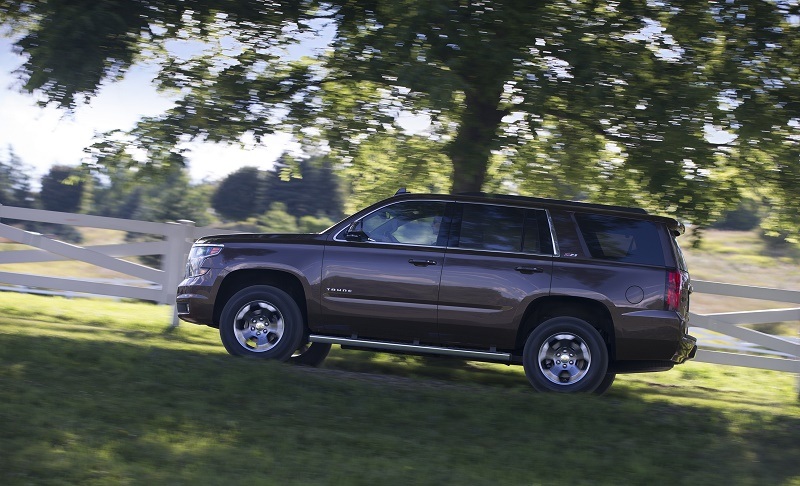 Many dangerous SUVs can appear safe due to their size, weight, or IIHS ratings | General Motors

Cars, trucks, and SUVs get safer every year. The standards for IIHS Top Safety Pick and NHTSA ratings keep getting higher, too, so consumers can usually feel good about buying recommended vehicles. In particular, the gains made by SUVs with electronic stability control make these models much safer than in previous decades.

Nonetheless, there are many utility vehicles that don’t fit the bill when you want your family protected from an accident. Even though they have a size advantage over most cars on the road, SUVs may have a high risk of tipping over compared to the rest of the field. Likewise, a small model may feature poor headlights, endangering passengers when on the road at night.

In some cases, these vehicles have recognition as safe models despite these weaknesses. Here are eight SUVs that are more dangerous than consumers might believe. 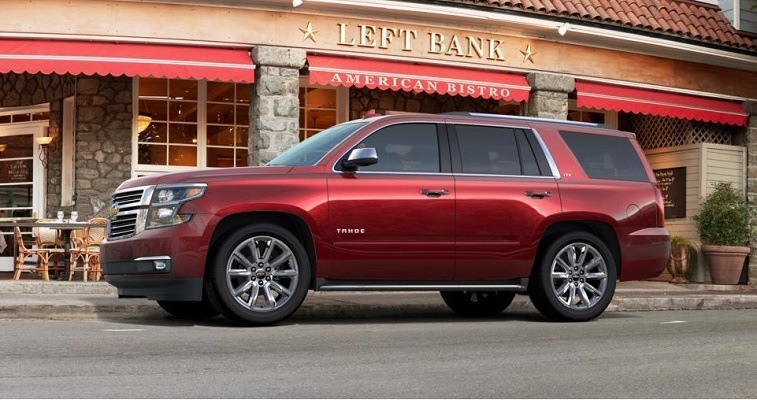 Getting inside a Chevrolet Tahoe, it’s normal for passengers and drivers to feel secure. However, size is not always an advantage when dealing with hazards on the road. For example, Tahoe is among the 10 worst trucks in risk of tipping over. NHTSA rated its risk at 22.9%, same as Cadillac Escalade and GMC Yukon built on the same platform. In addition, two recalls for airbag and steering dangers went on the books for Tahoe in 2016. 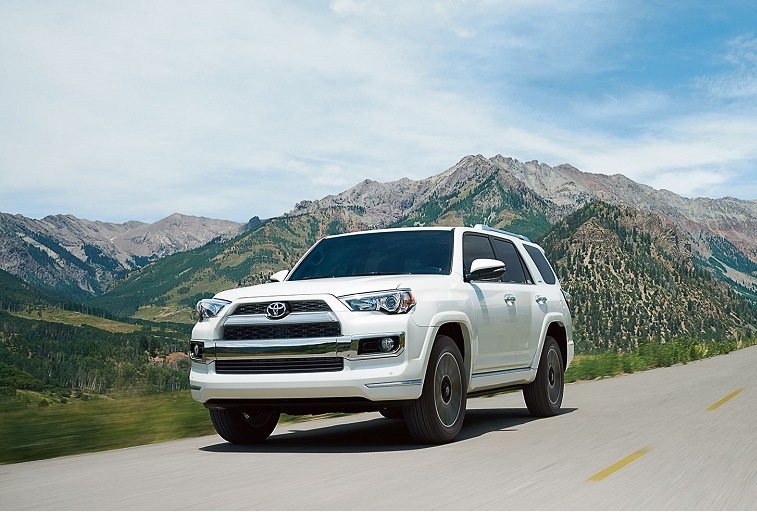 As is the case with other large SUVs, passengers can get a false sense of security in the 2016 Toyota 4Runner. This vehicle rated worst among large SUVs in rollover risk (24.6%) and never scored above three stars (out of five) in rollover crash tests. Meanwhile, it received “marginal” scores for its front crash tests and child seat anchors. Consumers who want to improve safety up front cannot do so: Front crash prevention technology is not available in 4Runner. 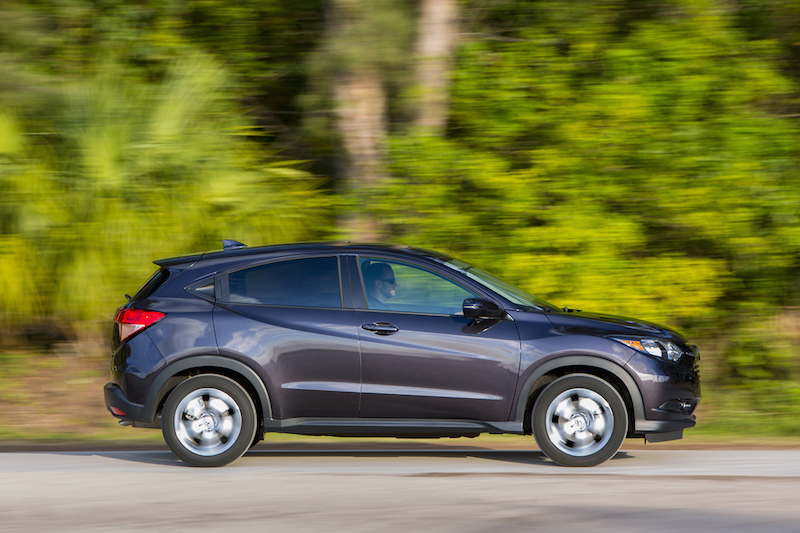 Consumers can’t be blamed for trusting Honda SUVs as safe vehicles. After all, the very popular CR-V was an IIHS Top Safety Pick+ for both 2015 and 2016. While only one letter separates it from the new HR-V, this smaller model is an entirely different story as far as safety is concerned. HR-V’s headlights were rated the worst of any small SUV by IIHS, and it also proved lacking in side and small front overlap crash tests. Its child safety anchors rated marginal.

Wrangler may look tough, but its safety scores make it one of the most dangerous SUVs available | Jeep

Jeeps have a reputation for being tough, gritty off-road vehicles, but Wrangler is one of the most dangerous cars on the road. Its 27.9% chance of rolling over is worst among all SUVs, while the its poor ratings for side crash tests and visibility make the two-door model even worse than the four-door version. Marginals head and small front overlap crash tests should only add to the fright consumers have for this vehicle. 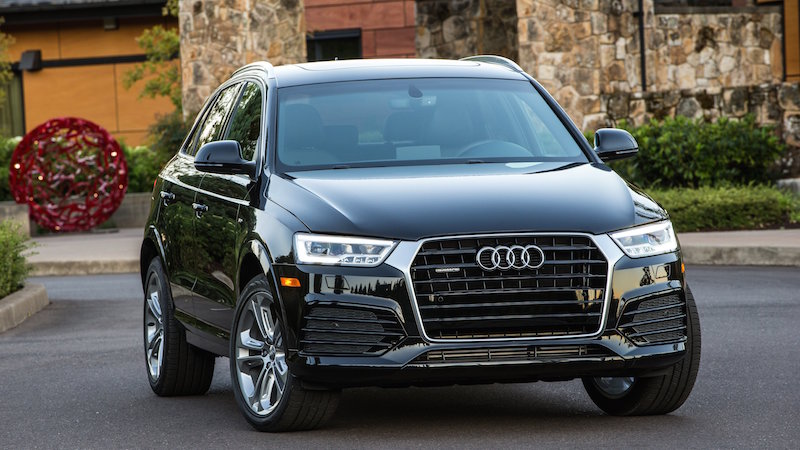 No one would blame you for believing Audi Q3 is a safe vehicle since IIHS awarded it the Top Safety Pick designation for the 2016 model year. However, the Premium Plus model ($34,500) was one of the worst cars for visibility due to its poor headlight options. Combined with a lack of available front crash prevention technology, Q3 leaves much to be desired in the safety department compared to the field.

Unlike Outlander, the smaller Sport model does not have great safety features | Mitsubishi

Compared to Mitsubishi Outlander ($23,495), a Top Safety Pick+, the less expensive and smaller Outlander Sport ($19,795) is no safety star. This SUV has poor ratings for its headlights and only acceptable ratings for its small overlap front crash tests. Consumers wouldn’t be able to add safety technology at the dealership, either. Front crash-prevention tech is unavailable in Outlander Sport models.

Rogue is one of the small SUVs with visibility issues | Nissan

Rogue is another SUV with a Top Safety Pick designation despite safety flaws. In this case, poor headlights create visibility issues when driving at night, which is the time half of traffic deaths occur. In addition to that issue, Rogue’s child seat anchors were rated marginal for their ease-of-use by the IIHS. Basic front crash prevention tech is available for the 2016 model.

Among SUVs, 2016 Jeep Renegade four-wheel drive models have the third-highest rate of rollover risk (23%). This flaw may prove dangerous for drivers and passengers when considering its poor headlight rating for the same model year. Last but not least, the marginal rating for child safety latch ease-of-use takes it down another notch in safety. As a brand, Jeeps may look tough but are often lacking in this department.