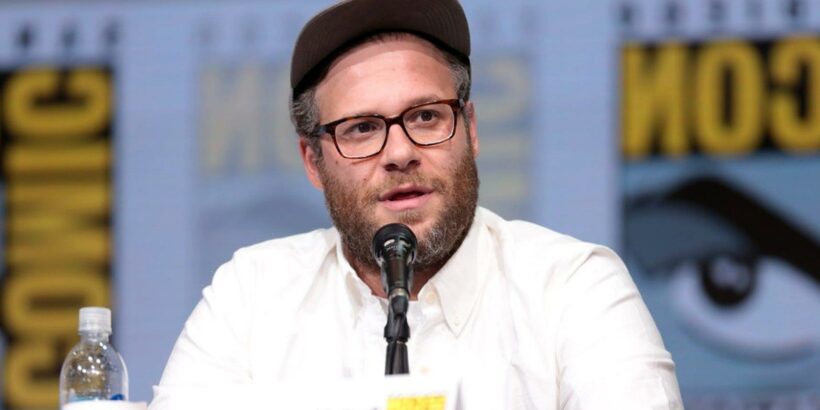 Seth Rogen has become a household name and has maintained his incredible fame and fortune for several decades. He has continued to pursue projects in spite of the fact that he has already generated far more income than he will ever spend. Rogen first became interested in comedy at the age of 12, when he was just a young boy in Vancouver. He dabbled in comedy classes and small-town performances until the age of 16, when he had earned enough money through his comedic work to be able to support his entire family’s move to Los Angeles, California. It was here that through a combination of lucky breaks, and a whole lot of hard work, Seth Rogen saw huge success which eventually led to his massive $110 million net worth.

Stand up comedy was Seth Rogen’s original love, and his continued success in Hollywood is largely due to the fact that he continues to stick to his strengths and habitually refuses to accept roles unless they are comedy-oriented. He knows what he’s good at, and sticks to it, rather than embarking on failed adventures that stray too far from where his natural talents lie. His stand-up comedy routines and tours generate huge ticket sales and have proven to be a huge source of income for Rogen.

Rogen’s undeniable comedic talents generated a huge fan following and he continued to rise to fame by putting his comedic skills to the test by combining them with acting.

RELATED: The Plastic Surgeon Of The Stars: Inside The Massive Fortune Of Dr. Terry Dubrow

Acting and directing have added an enormous layer of wealth to Seth Rogen’s impressive earnings. He has a filmography that is too long to list, and each and every performance that he pursues winds up attracting a significant number of viewers. In 1999 he dove into his role on Freaks and Geeks, and then moved to star in Undeclared. Both of these not-so-successful shows were contrived by world famous Jud Apatow.

Rogen’s relationship with Apatow, combined with his legitimate skills in the industry have led him to work on a number of wildly successful acting ventures, such as; Donnie Darko, Anchorman: The Legend of Ron Bundy, and Da Ali G show. He then went on to both act in and produce the 40 Year Old Virgin. The release of his 2007 movie Knocked Up also turned heads as Rogen got the official nod for all his success.

He put his live television skills to the test by hosting Saturday Night Live, and was met with huge fanfare for his performance. 2008 was one of the most impressive and highly successful years for Rogen, as he saw huge success in being the voice of Morton in Horton Hears A Who! as well as Spiderwick Chronicles and Kung Fu Panda.

7 Earns: Writing And Behind The Scenes Work

One of the most valuable talents Rogen has possessed includes his incredible skills as a writer. He has often contributed his writing skills without credit, and when it comes to his own work, he throws himself into the writing and doubles up the roles when he also appears in front of the cameras.

Rogen has co-written Superbad with Evan Goldberg, and they also teamed up on Drillbit Taylor, Pineapple Express, and an epic episode for the Simpsons. Rogen played in League while simultaneously writing two of the shows episodes. Demonstrating his multi-layered skills once again, he also co-wrote Sausage Party while he was producing it.

Seth Rogen is known to combine his efforts by contributing various talents to each project, which has helped him pad his income in a big way. He is often getting paid for 2-3 roles in every project, increasing his dynamic wealthy by millions of dollars each time.

6 Spends: Just On Himself And His Wife

Interestingly, one of the ways that Seth Rogen ensures his fortune remains intact is his decision alongside wife Lauren Miller to keep their family capped at just husband and wife. They have mutually decided not to have children, with Rogen’s comedic antics rising to the surface once again as he states he doesn’t want to “spend the next 50 years being miserable” and later regretting starting a family.

In spite of the fact that he is not a big spender and tends to live life in a simple, humble manner, when Seth decides to spend his hard earned dollars, he spends just on himself and his wife. They two are able to afford any of life’s indulgences, and can continue to do without any guilt, since they won’t have children that they’ll be responsible for.

Seth Rogen has always been forthcoming about his over indulgence in marijuana, and he confesses to spending most of his life high.  His passion for weed has led to the development of his own marijuana business called Houseplant. He grows his own strains of marijuana and specializes in the growth and development as well as the actual sales. He has recently branched out to include sales in both the United States and in Canada, and fans have been quick to invest in his venture.

His products are said to be among the most highly desired and positively rated cannabis strains that are available to the public, and Rogen has priced his marijuana accordingly. His products are expensive, but fans are willing to dishing out a little extra to get access to his brand.

4 Earns: Behind The Camera As A Producer

Seth Rogen’s success is due largely in part to his diverse skill set in the world of entertainment. He is a triple threat on the scene. Between his acting skills, his writing contributions, and his talents behind the camera as a producer, it seems there’s nothing that Rogen ‘can’t’ do! He has been known to triple his earnings by putting forward a variety of his talents to any given project.

Rogen has exceled in the role of producer on such titles as Future Man, This Is The End, 50/50, Good Boys and the television programs The Boys and Black Monday, to name a few.

Rogen also has a successful podcast that continues to engage fans and generate a huge source of income.

Seth Rogen is a simple man, and he lives in a very modest way, but in spite of his humble nature, he happens to be living on a pretty massive, very expensive estate. He recently posted his West Hollywood mansion for sale for $2.25 million, and fans were able to see the incredible piece of land that he has called home for many years. His landscaping is unconventionally ‘wild’ looking and not as tamed and manicured as others, and it has been said that Rogen’s design skills tend to be simpler, rather than lending to themselves to the typical overtly expensive designs that other celebrities tend to lean towards.

2 Earns: He Makes And Sells His Own Pottery

One of the most unique hobbies that Seth Rogen has, happens to also be a source of income for the star. He has passionately thrown himself into creating his very own pottery, and went on to turn that hobby into a valuable, viable business. This all started as a hobby and fans watched in awe as Rogen would make one piece at a time on his pottery wheel at home. He would than painstakingly paint and glaze his pots and showcase them on his Instagram page. He soon started selling the pottery with huge success, and fans continue to be willing to shell out big dollars to own his prized pieces.

Seth Rogen and his wife Lauren admit to one very selfish pleasure that absorbs a lot of his money, but fans may be surprised to lean what that is. The couple admits to spending a whole lot of money on Postmates, admitting that neither of them is quick to rush into the kitchen to whip up a meal. The two tend to “follow their cravings” and have been known to spend over $4,300 a year on food deliveries, alone.

That may be a far cry from the hefty bills most celebrities incur at their most expensive restaurants, but it goes to further reveal how much of a homebody Seth Rogen really is. When ordering their food, Rogen and his wife are known to select from restaurants such as Sugarfish,  Izaka-Ya by Katsu-Ya and Kung Pho Bistro.

READ NEXT: These Multi-Million-Dollar Celebrity Couples Are Creating The Most Buzz In 2022