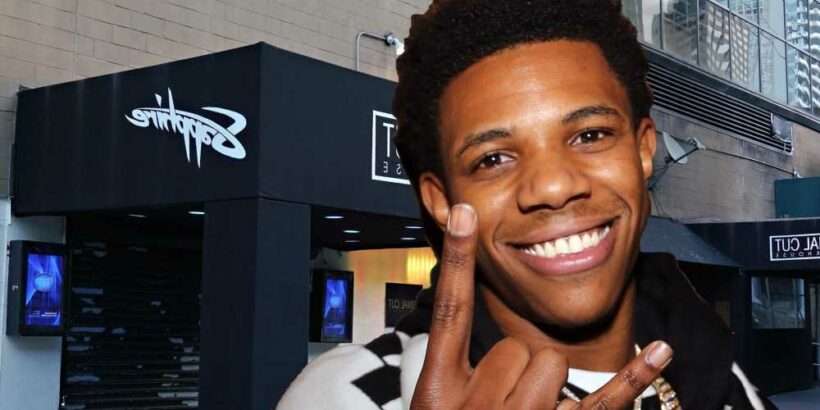 Lil Jon takes over turntables at a strip joint

Rappers continue to rack up gigs, and spend dollars, at Upper East Side jiggle joint Sapphire.

After a recent appearance by Ice-T and Treach at the strip club, A Boogie Wit Da Hoodie was the latest rap star to perform and shower dancers with thousands. We’re told Hoodie dropped “twenty grand” when he hit the stage his week.

“He bought 20 grand in singles and was throwing it to dancers in the crowd. It’s like everything he made on performing, he pretty much spent on dancers,” a source told Page Six.

Another partygoer told us, “he threw a brick of five grand and it landed on a girl’s head! It was quite funny … the crowd went crazy with all the money flying in the air.”

Hoodie was a last-minute performer after Nas — who was promoted as performing and hosting the weekly “Sins” party — had to pull out. But Hoodie wasn’t the only hip-hop star to hit up the spot. Nelly arrived with Trey Songz, and Sapphire regular Busta Rhymes was seen walking around with two bottles of champagne.

A “low-key” Travis Scott was also at the venue, and spies told us, “he was shooing a lot of girls away.”

“He kind of didn’t want to be bothered. He was in the corner … they sneaked him in through a backdoor, and his security went in first to pick out an area,” our source said.

Reality star Brody Jenner is expected to DJ at the same “Sins” party on Aug. 29.