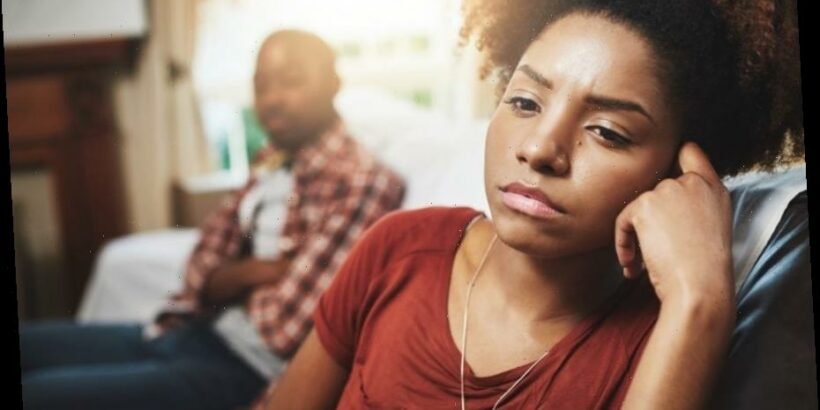 We’ve all heard the terms narcissism, narcissistic, and narcissist tossed around rather loosely in popular culture. Narcissism is said to be rampant amongst successful people who display aspirational lifestyles and characteristics. From politicians to rappers to social media phenoms, the severe accusations take flight when people seemingly live duplicitous lives and cause careless harm to others through their actions with no remorse. But what is narcissism? And is it that deep? Yes, it is, and it can lead to a devastating combination of psychological abuse with a rattling impact on your life. I’ve experienced and survived narcissistic abuse, and despite how funny memes are, it was no laughing matter. Narcissistic abuse is an insidious combination of emotional and psychological tactics aimed to undermine a person’s identity and destroy their self-worth.

After discovering an ex’s rather debaucherous double life, I began quietly seeing a therapist. When I started speaking candidly about my experiences, I was shocked by his reactions. He’d often stop me mid-sentence in disbelief and ask if what I was recounting was true. When I’d affirm my stories’ validity, he’d continue feverishly writing in his notebook; it was intimidating. After our fourth session, he explicitly stated that I was at very best emotionally abused, and at worst, my life was in danger. He introduced to me two words: Narcissistic Abuse. Believe it or not, I didn’t take his warning seriously. I mean, lying, serial cheating, manipulation, and betrayal weren’t abusive; it was just toxic, I’d rationalized. The therapist must’ve noticed my hesitation to accept his observation and recommended a book to me.

Fast-forward to a rather cruel and gut-punching occurrence with my ex, and I began reading the book. In the words of Iyanla Vanzant, “my soul just opened up.” I wasn’t crazy! These terms and definitions jumped off the page: victim-blaming, gaslighting, triangulation, and flying monkeys. For once, I didn’t feel alone, and I finally found the words and guidance to gain an understanding of the mind-bending experiences I’d endured. According to psychologists, a narcissistic personality disorder is a mental health issue where a person has an inflated view of themselves and uses others to validate their delusions. Psychologists classify the three A’s of narcissist supply as a never-ending desire for adoration, adulation, and attention from their victims.

Narcissistic abuse is hidden and covert, it’s all about smoke and mirrors. Victims are deeply manipulated and often scared to speak out due to the elaborate lies of the narcissist and trauma associated with long-term exposure. If you’ve ever experienced the torment and cycle of narcissistic abuse, you know it’s a lonely road to travel. A true narcissist knows no boundaries; their goal is to obtain complete control and attention over their agents and victims. Their natural charisma and charm enable them to weave tangled webs of deception, leaving their victims feeling isolated, powerless, and “crazy.”

The 7 Stages of Narcissistic Abuse

Stage 1: “Love Bombing”—The Narcissist is enamored with you, thinks you’re perfect, and showers you with love, affection, and compliments. They were often accompanied with gifts and extravagant gestures.

Stage 2: Trust and Dependency—You are bonded with them and believe that they have your best interest at heart. You are most trusting and began to depend on them for validation, love, and approval.

Stage 3: Criticism Begins— They subsequently began to criticize you. It comes in stages and gradually increases as they reduce the gestures of love and acts of kindness; they will introduce controlling behaviors and blame you for their actions.

Stage 4: “Gaslighting”— They need you to believe everything is your fault. Your distrust, your complaining, your hurt, or your emotions are on you. Everything you’re experiencing is only happening because you’re no longer worthy of the initial love and affection. If only you would learn to behave correctly, they’d restore their admiration for you. They will purposefully make you doubt your experiences and perceptions and recruit allies to strengthen their lies. These actions are all aimed for you to accept their interpretation of reality.

Stage 5: Control Is Established— You are in the throws of the fog. You are constantly confused and never know quite what the truth is or who or what to believe anymore. However, you think that you are indeed the problem and can fix the outrageous or cruel behavior of your partner by listening to their demands. These demands can be about your work life, friendships, money, and more.

Stage 6: Loss of Self—The relationship is on a rollercoaster ride, shifting between rare extreme highs followed by sulking lows. For example, a cheating scandal followed by an extravagant gift, proposal, or vacation to win back your love or trust and re-commitment is commonplace. But actual change is only on the surface. When you try to stand up for yourself, they up the ante on manipulation. You are likely confused, unhappy; your self-esteem is in the gutter.

Stage 7: Discard—The walls are closing in, and you feel alone (maybe you’ve distanced yourself from family and friends). You are aware of the abuse but unable to pull yourself away. This stage often leads to the narcissist discarding you for a new partner they already groomed to provide the love and admiration you can no longer give. They have no use for a partner who is hip to their lies. Game over.

Blame-Shifting: A behavior when a person does something wrong or inappropriate and then dumps the blame on someone else to avoid taking responsibility for their behavior. Narcissists regularly use blame-shifting to manipulate conflicts because admitting fault is not an option to them.

Triangulation: This is a form of manipulation that a person uses to control communications amongst people who can unravel their lies. It involves using a three-person interpersonal situation for their sole benefit to gain admiration from both parties while creating distrust amongst others. It generally includes pitting people against each other with deception to divide and conquer.

Gaslighting: An elaborate and insidious technique of deception and psychological manipulation, usually practiced by a single deceiver, or “gaslighter,” on a single victim over an extended period. Its effect is to gradually undermine the victim’s confidence in his ability to distinguish truth from falsehood, right from wrong, or reality from appearance, thereby rendering them pathologically dependent on the gaslighter in his thinking or feelings.

Often, victims of narcissistic abuse are described as living in “a fog,” a hazy destabilizing existence that breaks from reality. Relationships that are constantly married with confusion, mistrust, and betrayal lead the person on the receiving end to experience cognitive dissonance. Described as the state of having inconsistent thoughts, beliefs, or attitudes, especially as relating to behavioral decisions and attitude change.

Even with ample tools to detect toxic characteristics, Black women, in particular, are vulnerable to unsavory characters because slim margins prospects are constantly reinforced to us. Those factors, paired with daunting statistics about our marriage rates, income disparities, and beauty standards that often leave us on the sidelines, make us ripe for feelings of unworthiness. For even the most confident women, these factors can pair with an unhealthy longing for love, acceptance, and partnership. Add on the cloak of the “Strong Black Woman” stereotype, and we are in a whirlwind of unfortunate circumstances that lead us into the fog.

After about with an abusive or toxic relationship, starting overcomes with hurt, confusion, and self-doubt. These relationships often have similar traits to addictions with the constant push and pull of invalidation and intermittent reinforcement, along with deep feelings of regret and shame. Even the continuous rumination about the good times and how you felt in the relationship’s highs can weigh you down. Those memories often trigger a need for the abuser’s approval and validation, and the loss of it can be destabilizing. It is critically important to understand that abuse is traumatizing, and healing will take time. The recovery process is a slow, churning wheel.

If you’re lost or know someone in darkness, these tips can help you make the first steps towards recovery.

Charisma Deberry is the author or Run Sis: A Survivor’s Guide For Escaping Narcissistic Abuse