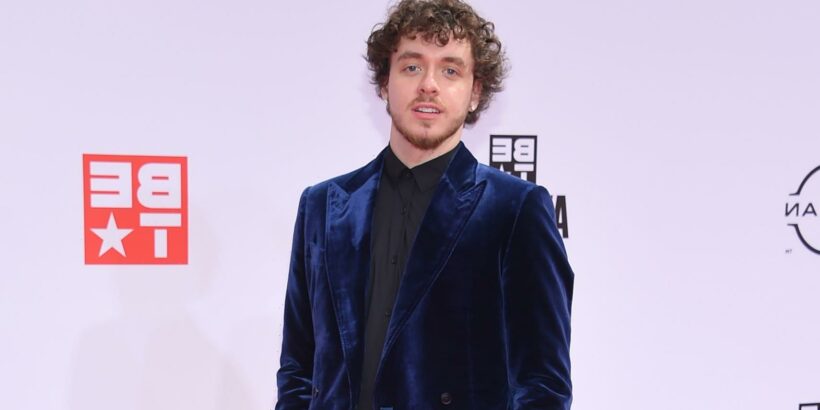 Jack Harlow has slowly emerged as one of his generation’s most popular rising rappers, earning a net worth of $5 million, and he spends his riches on diamond jewelry and sneakers.

Hailing from Louisville, Kentucky, Jack Harlow was first introduced to hip-hop by his mother and generated interest in rapping at 12. With his brother Clayborn, he began making mixtapes during high school before selling mixtapes in middle school. He performed at sold-out local shows with the group Moose Gang and ventured as a solo artist in 2015. Harlow made a breakthrough in 2020 with his single Whats Popping and earned a Grammy nomination. His debut album, That’s What They All Say, and the second album, Come Home The Kids Miss You, have made him famous worldwide. Along with his music, Harlow makes a sizable fortune from performing on tours with famous artists and his brand endorsement with KFC.

Jack Harlow is a down-to-Earth and modest artist who enjoys the little things in life. While he keeps things private, a few facts are known about his expensive purchases. Let’s look at how Jack Harlow spends his riches, from diamonds to cool sneakers.

Following the trend of many established rappers in the industry, Jack Harlow has spent a sizable fortune on buying jewels. According to HypeBeast, he purchased a set of eight Private Championships diamond rings worth $110,000 designed by Alex Moss. Each ring is made from 18-carat white gold and weighs 55 grams. Harlow also has a necklace with a diamond-encrusted Kentucky map to pay homage to his state. This is the second creation by Alex Moss for the rapper, who added 4,500 premium stones to the map. The blue sapphire on the pendant marks Louisville, his hometown.

RELATED: The 8 Most Expensive Pieces Of Jewelry In Oprah Winfrey’s Collection

Still growing in the industry, Jack Harlow has maintained a balanced car collection which includes the ultimate luxury sports car and a mid-size SUV. The first is the powerful and sleek Audi R8, an exotic sports car that reaches 60 MPH in just 3 seconds. It offers a wide array of functions and remains a favorite amongst A-list personalities. The second car is a five-seater Cadillac XT5. The automatic transmission makes it easier for everyday driving and has a mighty V6 engine to go from 0 to 60 MPH within 6.7 seconds.

Since gaining traction in 2020, Jack Harlow has made one expensive timepiece purchase with the Rolex Sky-Dweller. With an Oystersteel bracelet, it also has a white gold fluted bezel. The bright blue dial is eye-catching and sets him back by $15,200. The watch has been an all-time accessory for the rapper as he is seen wearing it at the 2022 Grammys, Met Gala, and his Rolling Stone interview, as noted by Robb Report. Harlow aspires to grow his collection, but he is happy to have just a Sky-Dweller for now.

Jack Harlow has been loyal to New Balance from a young age, and it would not be easy to see the rapper wearing any other brand. Often seen in NB kicks, he also shoes Givenchy dress shoes while attending important events like his first Met Gala in 2022. During the release of his second album, Come Home The Kids Miss You, in 2022, he was seen wearing the New Balance 550 model, which was later revealed as his collaboration. The shoes were launched in two separate colorways of bright red and blue and were sold as a set for Louisville V Kentucky merchandise.

As someone who grew up close to his parents, Jack Harlow has always felt that his family helps him keep a balance in his life. He wants his mother’s presence and believes that staying grounded is important despite traveling to different cities for work. As mentioned by Cheat Sheet, rather than settling into his life in popular cities like Los Angeles or New York, Jack Harlow moved back to Kentucky to live in the same city as his parents. He stated that going without seeing his mother for weeks would be difficult.

Jack Harlow has always brought his fashion A-Game to any red carpet event and has shown his appealing street style through Instagram posts. A fan of timeless designs and tasteful colors, his go-to brand is Tommy Hilfiger. For the streets, he chooses eye-popping colors that match his different New Balance sneakers while he dresses in couture looks for any award shows, including his all-Hermès look at the 2022 VMA Awards.

Since the beginning of his fame, Jack Harlow has always used his platform to raise awareness and help the ones who need it. In October 2021, he announced his plans to donate to five non-profit organizations in Louisville and match a donation of $50,000, as stated by Billboard. His brand partner KFC also joined the cause to make a hefty donation. The organizations are Metro United Way, AMPED, Center for Women and Families, Louisville Urban League, and Grace M. James Academy of Excellence.

From his humble beginnings in Louisville, Kentucky, to performing at sold-out concert shows in America, Jack Harlow has emerged as a talented rapper with a bright future. As a car lover and watch enthusiast, Harlow will soon be seen increasing his collection in the coming time.